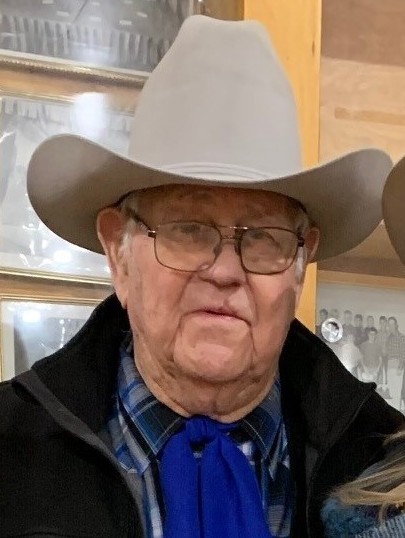 Cliff Hollopeter, 91, died on August 3, 2021, at Brookdale Assisted Living.  He was born January 22, 1930, in Jacksonville, Oregon, the son of Clifford and Claudena (Bauer) Hollopeter.

Cliff graduated from Gold Beach High School in 1949.  He was drafted with the U.S. Army during the Korean War in 1951 and was sent to Japan for his enlisted service driving water trucks that provided the prisoners of war with water. During his service they found a spot on his lungs, which they thought to be cancer, but it turned out to be Coccidioides Valley Fever, which he contracted during basic training. After his surgery including the removal of a portion of his lung, he was discharged for service with the army.

After his enlistment he attended Oregon State College in Corvallis, Oregon, but decided he preferred working. He worked for his aunt and uncle on their ranch for several years and knew he wanted to do more for himself.  Cliff met Lorraine McCambridge and they married in June 1958, and they raised six children. In 1965, he purchased a truck and trailer and began to haul cattle, which was a wonderful livelihood for many years.

In September of 1950, Cliff had met a young girl Helen Miller at the Pendleton Round-Up Street Dance and the first thing he said to her was “may I have this dance”. She quickly agreed and they enjoyed quite an evening. Years later, after both Helen and Cliff had been divorced they met again. They married in October 1991 and were married until Helen’s death in September 2019. During their time together they enjoyed traveling to various areas, loved fishing and spending time with family and friends.

Cliff volunteered for several years as a member of the Rural Fire Department in Ontario Oregon and was very proud of the job. He worked out on a regular basis at the Aarestad gym. He would go in to work out every week-day morning in his jeans and cowboy boots, did his weight routine, stopped by Plaza Inn and Albertsons. Cliff was always friendly and enjoyed talking with everyone.

The family is truly appreciative of the loving care he received from the Stark Office throughout his life, Brookdale Assisted Living and Heart ‘n Home Hospice during his final days.

A graveside service of remembrance will be held at 11 a.m. Tuesday, August 17th at Dell Cemetery in Jameson, Oregon under the direction of Lienkeamper Chapel. There will be a celebration of life event after the service at the Boulevard Grange Hall from 12:30 to 3:00 p.m.

To send flowers to the family or plant a tree in memory of Cliff Hollopeter, please visit Tribute Store