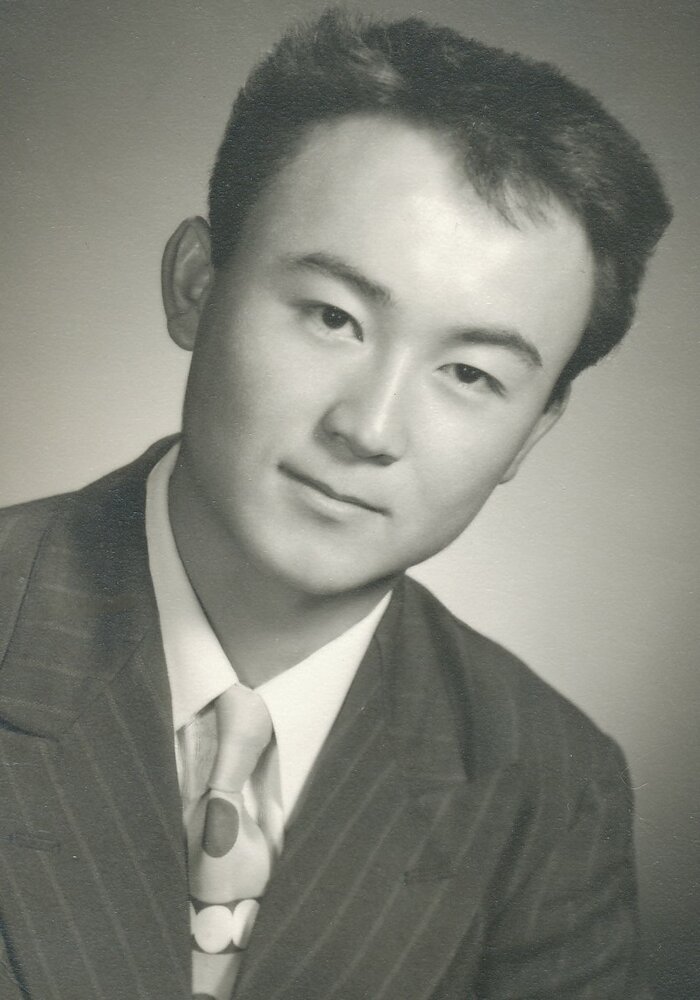 Ronald Yoshimaru Tsubota, 81, passed away on January 4, 2023, at Saint Alphonsus Regional Medical Center.  A graveside memorial service will be held in the spring at Evergreen Cemetery in Ontario, Oregon.

Ron was born on March 8, 1941, in Kent, Washington.  He and his family were interned at the Minidoka Internment Camp in Idaho during World War 2. He attended Willow Creek Elementary School in Vale, Oregon, Pioneer Elementary School, Ontario Junior High School, and Ontario High School in Ontario, Oregon.  He graduated from Ontario High School in 1959.  He worked at Marshall Fixtures, attended Oregon State University for electrical engineering, and trained with the National Guard.

Ron was exceptionally bright and talented. When he was 14, the Fisher Body Division of General Motors awarded him 2nd place in an Oregon competition for his sculpted and painted balsa wood car design.  He had a talent for drawing cars, tractors, and people.  He was a junior art prize winner and one of his car designs could be seen in the Katy Keene comics strips. He received a letter of recognition from John Deere for a submitted tractor design.  While in college, he drew a sketch of his roommate exhausted and sleeping with his books on the bed.  The school asked to keep it for display in the commons.

Ron designed and built a house on the Snake River for his father, mother, and himself.  He wired and planned the house anticipating the technology he was sure to come.  He took care of his mother when she developed Alzheimer's Disease.  His dad had already passed away.  Ron enjoyed farming alfalfa on his land and later leased his land for others to farm.

Ron was an avid reader of books and magazines.  He continued to gain knowledge about engineering and cars.  He seldom called people in to fix things because he would simply do it himself and earned an honorable mention award at a national car design competition that included submissions from student and professional car designers.

Ron had a quirky and charming personality that made him well-liked.  His last day was spent listening to Christian music.  He passed away peacefully that night.  Perhaps God by his grace allowed him more time to deepen their relationship with each other.

To send flowers to the family or plant a tree in memory of Ronald Tsubota, please visit Tribute Store

Share Your Memory of
Ronald
Upload Your Memory View All Memories
Be the first to upload a memory!
Share A Memory
Send Flowers
Plant a Tree