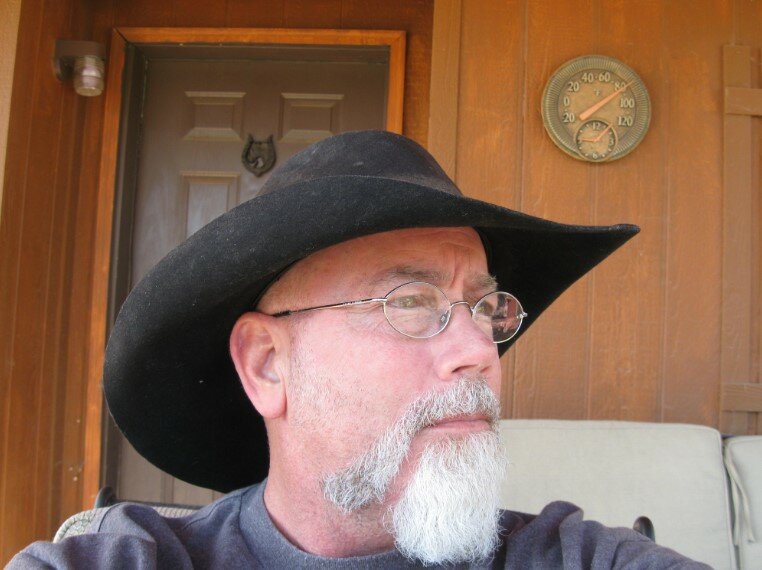 Rebel Bird (Ronnie Eugene Bird), 66 years old, of Vale, Oregon, passed away on December 1st, 2022 at 7:34 am at Boise VA Medical Center, surrounded by the love of his family. After years of living with dementia, Rebel is now at peace.

Rebel was born on August 22, 1956, to the late George L. and Gloria Wasson Bird in Bismarck, North Dakota. Living up to his name, Rebel was known for his sense of humor, sarcasm, and for being a true prankster.

In 1974, Rebel joined the United States Air Force, serving honorably for 27 years. He was a decorated Airman and served bravely in Operation Desert Storm. While serving, Rebel was stationed across the world, from Alaska to Spain.  In 2001, he retired as a Senior Master Sergeant and was able to grow a wonderful beard. After retiring from the Air Force, Rebel was a school bus driver, saying that it was his favorite job.

In 2012, Rebel married his wife, Jeannie.  They lived a simple life in their country home in Vale, Oregon. It was there that Rebel was able to live out his dream of owning a ranch and becoming a true cowboy, even after learning he had a fear of riding horses. Cowboy Up! He enjoyed living on his land surrounded by his animals and beautiful scenery.

Rebel was predeceased by his parents, George and Gloria Bird, and his sister Kitty Ann Bird Shields. He is survived by his wife Jeannie, his children Cathe, Jaime, Sarah, and Tyler, his brother Rick Carlson, and his sister Videl Krosch.  Rebel is also survived by his six grandchildren; Alex, Chase, and Sam Boyer, Hadley, Margaux, and Marshall Weibel, and great-grandson, Weston Boyer.

Services will be held in the spring of 2023 with military funeral honors. In lieu of flowers, the family requests donations made to the

As right as rain.

To send flowers to the family or plant a tree in memory of Ronnie Bird , please visit Tribute Store