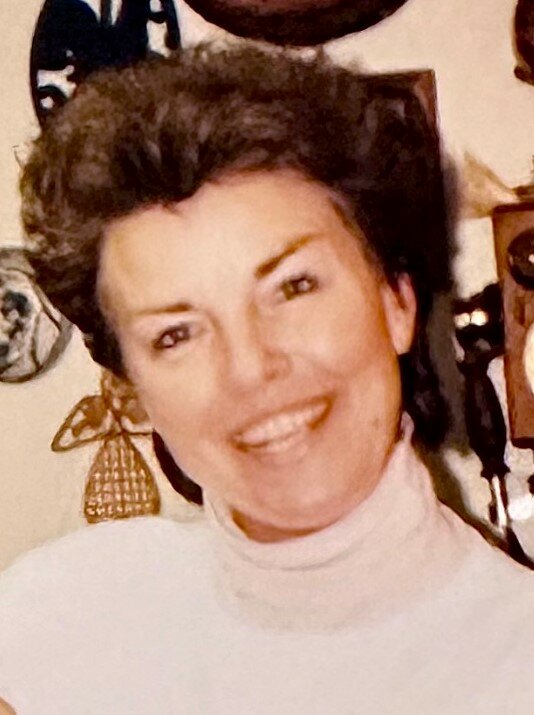 Stephanie was born and raised in Salt Lake City, Utah, the second child of William F. and Elizabeth (Bette) Schultz.  Family, including a large extended family and her Catholic Faith, played a big role in her childhood.  She graduated from Skyline High School where she loved all the social aspects of being a SKY-LINE Girl.  She learned how to sew and became a gifted seamstress throughout her lifetime.

Stephanie, known as "Tessie" to her family, met and married William (Bill) English on March 21, 1968.  Bill and Stephanie welcomed their first child, Joshua W. English in October 1969.  Stephanie took a giant leap of faith, moving "sight unseen" to Ontario, OR where Bill was hired by Holy Rosary Medical Center to work as a physical therapist.  The couple spent the rest of their lives together in Ontario.  In October 1971, Stephanie and Bill had their daughter, Jerrimi E. English (Helmick), making their family complete.

Along with her husband, Stephanie made lifelong friends in the Ontario OR community.  With these friends, they enjoyed skiing, camping, tennis, shooting trap, hunting, and social activities.  Stephanie's outgoing nature drew people in and she was blessed with maintaining her early found friendships for her lifetime.  Her sense of style and class were only outdone by her support of her children in all of their activities.  She would move heaven and earth to be at every basketball, baseball, football, volleyball, and tennis match Josh and Jerrimi participated in.  She continued with similar support of her grandchildren in their activities whenever possible.

A diagnosis of Multiple Sclerosis at age 44 changed her schedule but didn't stop her from always dressing like she just stepped out of a magazine.  She maintained her friendships, her Catholic Faith, and her newfound passion for being a grandmother, all while keeping a beautiful yard, year after year.

In 2015, after 47 years of marriage, Stephanie lost her husband to cancer.  She went on to make a new home at Edgewood Spring Creek Assisted Living Facility in Fruitland, ID.  She remained active in the lives of her two children and their spouses and five grandchildren in Seattle, WA, and Ontario, OR.   She also has 2 great-granddaughters in Damascus, OR that she adored.

The family would like to thank the caring staff at Edgewood, the compassionate caregivers from Ancora Hospice, and all of those friends that enriched Stephanie's life.  Her children, Josh and Jerrimi, will be eternally grateful for the friendship and care showed to Stephanie, especially in her last few weeks, by her friend Kris Tuttle.

Leinkaemper-Thomason Funeral Centers will be assisting in services that will be held at Blessed Sacrament Catholic Church on Monday, December 19th, 2022.  A Rosary will begin at 8:30 am followed by a mass at 9:00 am.  Coffee and pastries will be served immediately following the mass.

In Lieu of flowers, donations in Stephanie's name can be made to:

To send flowers to the family or plant a tree in memory of Stephanie English , please visit Tribute Store

Share Your Memory of
Stephanie
Upload Your Memory View All Memories
Be the first to upload a memory!
Share A Memory
Send Flowers
Plant a Tree