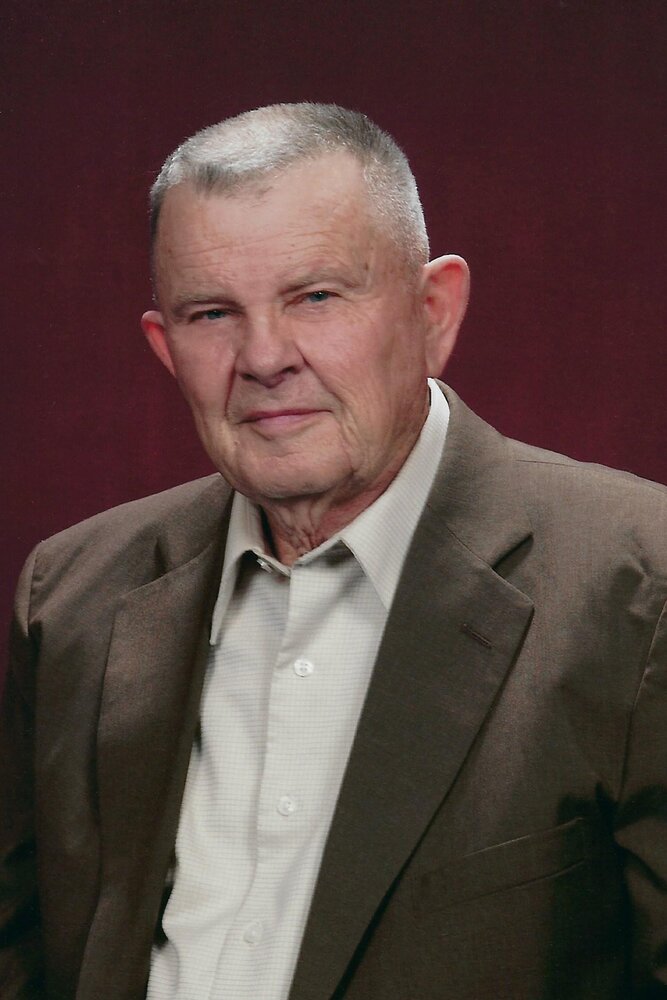 Tom was born near Golden, Colorado at 6:00 a.m. on September 10, 1930, to John Harold Braxton Gray and Deborah Irene (Easley) Gray.  He was born at Orchard Home, the very same Easley family farmstead where Tom’s mother and his six aunts and uncles had been born.  Tom was followed on March 2, 1932, by a sister, Alice Rosella Gray.

The young family moved several times the next few years.  In 1937, they purchased 2.5-acre property seven miles east of Golden in what is now Lakewood, Colorado.  This was Tom’s home through high school and his first years in college.

In 1944, Tom joined a 4-H club with a rabbit project, dutifully exhibiting his rabbits at the Jefferson County Fair.  That year the fair held a “Calf Catch-It and Keep-It” contest, open to all 4-H exhibitors.  A contestant who caught a calf kept it with the expectation that it would be exhibited at the fair next year.  Tom cornered a Holstein heifer, wrestled a halter onto her and dragged her back to the starting line.  To his surprise, he had captured a registered Holstein.  When the registration papers arrived in the mail, he learned that this little heifer’s official name was an extraordinary “Redrox Billie Birdie Willow.”  The arrival of Willow was a turning point in Tom’s life.  Prior to Willow, he had considered becoming a civil engineer, but his thoughts turned toward dairy farming, which eventually led him to a career in veterinary medicine.

During his high school years Tom not only pursued classes to prepare him for college, he also enthusiastically participated in wrestling.  He was district champion for three years, third at state for two years, and second at state one year.  During his high school career, Tom lost only three matches, all during state tournaments.  This strength and ability to control strong adversaries came in handy during his years as a large animal vet.

Tom’s mother, who was a teacher, had attended college, as had Tom’s maternal grandfather.  With this family history, it was not a surprise that Tom, too, would be college-bound.  He stepped onto the campus of Colorado A&M (now Colorado State University), Fort Collins as a freshman in 1948, with a pre-veterinary medicine major.  He entered Veterinary school in 1950, but his plans took a detour when he contracted polio in 1951.  The virus affected his legs and right arm and kept him in the hospital from April to September.  He was a fighter and vigorously engaged in physical therapy to regain the use of his muscles.  Because of his progress he was discharged on his 21st birthday.  After missing a year of school, he returned to Veterinary School, now a member of the class one year behind the one he started with.

The delay in his college career was providential.  It was during that first year back at school that he met a pretty freshman, Mary Henderson, at a dance.

Tom graduated in 1955, a newly minted Doctor of Veterinary Medicine.  He moved to Ontario, Oregon where he had found employment with Dr. L. M. Koger.  With the steady income of a good job, he purchased an engagement ring and mailed it to Mary.  She accepted.  They were married on September 11 in Scottsbluff, Nebraska.  The young couple made their first home in Ontario, Oregon, where they rented an apartment.  Deciding they liked the area; they purchased a house with a small pasture in Vale moving into their Vale home on Memorial Day, 1956.

Less than a year after their arrival the Big Flood of 1957 tested their commitment to the community.  During that day and evening Tom threaded flood-threatened roads to reach ailing livestock in flooded areas, and through the night he helped haul records from the first floor of the courthouse to the second floor.

Despite some flood damage to their own home, Tom and Mary stayed, and during the next six decades they put down roots, raising a family of three children and becoming very involved in the community.  Over the decades in Vale, Tom served in leadership of the Junior Chamber of Commerce (the Jaycees), the Vale Grade School Board, the Vale City Council, and served as mayor of Vale for two years.

Tom’s veterinary career took him all over the county, and sometimes beyond.  He viewed the farmers and ranchers that he served not just as clients, but as friends.  He drove so many miles on all kinds of roads, in all kinds of weather, that he had to buy a new vehicle every two years.  The vast distances inspired him, in the early 1960’s, to get a pilot’s license.  He joined a flying club with other doctors, and thoroughly enjoyed the flying.  Unfortunately, he soon discovered that an airplane was not a practical mode of transportation for his purposes.

Tom’s love of animals, and dairy cows in particular, motivated the purchase of a dairy on the West Bench.  His parents moved from Colorado to run it.  After a few years, that dairy was sold and one closer to town on Graham Boulevard was purchased.

More than his love for animals was Tom’s love for the Lord.  He was a life-long member of the American Baptists and was a regular Sunday School teacher for the adults at their church in Ontario.  His desire to serve others drew him to serve on the Idaho Baptist Convention Trustee Board and serve as the treasurer of the Cathedral Pines Church Camp.

After his retirement from full time veterinary work, Tom found other ways to serve.  He taught at TVCC for several years, he was active in the Malheur Country Historical Society, and occasionally gave Oregon Trail tours.  For many years he volunteered at Pioneer Place, helping wheel residents, many of whom were his farmer friends, to breakfast, passing out trays, and spending time chatting with his friends, new and old, that were staying there.

In 2017, Tom and Mary were honored as the Grand Marshals of the Vale Rodeo and Fourth of July Parade, an honor that they both cherished.

In the last few years of his life, he would encounter people who, as children, remembered Tom coming out to their ranch or farm, and thinking of him would call to mind a shining memory involving terrible weather and a difficult medical procedure on a large animal outdoors.  Despite the inconvenience and discomfort, Doc Gray was there to serve and get the job done.

Memorial services will be held at Vale Christian Church on Saturday, December 10, 2022 at 10:00, followed by a graveside service and a reception at Vale Christian Church.  If you wish, you may make a donation to Pioneer Place in Vale, Cathedral Pines Church Camp near Ketchum, Idaho, Malheur Country Historical Society, or the Stone House Museum in Vale.

To view the Funeral Service live, please click the link below

To send flowers to the family or plant a tree in memory of Thomas Gray , please visit Tribute Store
Saturday
10
December

Share Your Memory of
Thomas
Upload Your Memory View All Memories
Be the first to upload a memory!
Share A Memory
Send Flowers
Plant a Tree