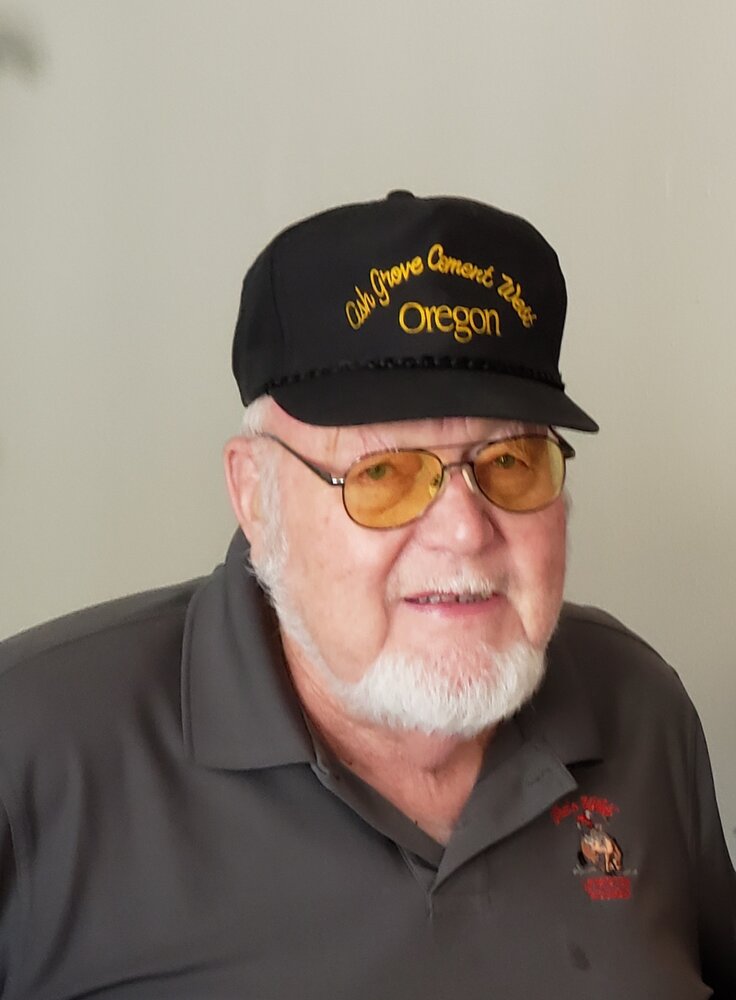 John Lyle ”Jack” Hanny, 84, died unexpectedly Tuesday, November 1, 2022 in Weiser.
Jack was born July 16, 1938, in Blackfoot, Idaho to Heber and Margaret Olson Hanny.
When Jack was about four years old, the family moved from Challis, Idaho to Nampa, Payette and then Weiser, Idaho.  In 1958, Jack graduated from Weiser High School.   After attending Oregon Tech in Klamath Falls, Oregon he worked as a mechanic for Steck’s Implement.  In 1964, he went to work at Lime, Oregon for Oregon Portland Cement, which later became Ash Grove Cement located in Durkee, Oregon.  Jack worked there for thirty years as a diesel mechanic, retiring in 1995.   Then, Jack started Hanny’s Repair, repairing tractors and equipment for area farmers.
Jack married Sandra Joyce “Sandy” Deines on June 25, 1961 in Weiser, Idaho.  The two were each other’s lifelong companions, married for over 61 years.
Jack and Sandy were blessed to have three children, Margie, Debbie and KJ.   Four granddaughters, one grandson and two great-grand sons.
Jack did not know a stranger.  He could be talking with someone he just met and be able to find a connect between the two of them or someone they both knew.  He would help anyone in need.  His stories will be shared forever.   Jack loved hunting, fishing, camping and hobby farming.  His greatest hunting achievement was killing a moose in the remote Idaho back country of the Lochsa River.
Jack served with the Idaho National Guard.  He often told stories about racing tanks at Gowen Field.  When it came to tractor or auto parts, Jack had one maybe even two of whatever you needed.
He is survived by his wife, Sandra Hanny, Weiser.  Daughters Margaret (Brian) Taggart, Weiser, Deborah (John) Lawrence, Moscow and son, Kenneth Hanny, Richland, WA.  Grandchildren Kimberly (Ryan) Humphrey, Rebecca (Coby) Wentz, Payton (Sarah) Lawrence, Emma Taggart and Jacki Taggart.  Great-grandsons William Wentz and Walker Humphrey.
He was proceeded in death by his parents and his brother, Fred Hanny along with numerous aunts and uncles.
Arrangements under the direction of Thomason Funeral Home.
Public visitation to be held Tuesday, November 8, 2022 between 5-6 PM at Thomason Funeral Home 221 E. Court St., Weiser, Idaho.
Funeral Services will be held November 9, 2022 at the Nazarene Church 510 Indianhead Rd., Weiser, Idaho at 11:00 AM.  Followed by private, family burial at the Hillcrest Cemetery, Weiser, Idaho.  The family will be hosting a  Celebration of Life between 12:00 - 4:00 PM at the Elk's Lodge, 38 W. Idaho, Weiser, Idaho.
In lieu of flowers, send donations to Weiser FFA or Weiser High Auto Mechanics c/o Weiser High School 690 W. Indianhead Rd, Weiser, ID 83672.

To send flowers to the family or plant a tree in memory of John Hanny, please visit Tribute Store