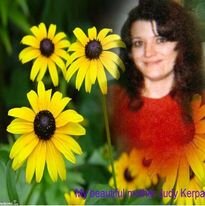 Judy was born on May 1st 1951 to Oscar and Thelma Williams in Springfield Missouri. She was the eldest daughter and 5th child of 9 children. She was raised in Missouri and various other places until her family settled in the Arena Valley area and she attended school in Wilder and in Parma until 11th grade when she quit school to go to work and help her parents out.

Shortly afterward, she met a handsome young man just back from Vietnam and they fell in love and quickly married. They gave birth to a girl they named Carrie Ann and 3 years later a boy named Kenny Jr.

Judy was a member of the VFW for quite a few years and her and Ken were on many bowling leagues over the years, then dart leagues. Judy loved to spend time with her kids and grandkids and play Pinochle and Yahtzee. She raised her family in Nyssa and spent a few years working at the Corn Cannery, Amalgamated Sugary company, and Presbyterian Care Center when she was 55 years old, she went back to school, studied hard and received her GED, and went to work for Heinz Frozen foods where both of her children worked.

When Judy was just 59 years old, she began being plagued with early signs of dementia and it began to interfere with her daily life. She ended up leaving Heinz and staying home.

Mom taught us so many things in the brief time she was with us. She was our biggest fan and biggest prayer warrior. She taught us about God and always reminded us of how much he loved us. She had such a strong faith. Mom also taught us to love everyone and that we are all God’s children and when someone hurt us, we needed to forgive them and move on and those who were closest to Mom know she was incredible at that.

The family would like to invite everyone to attend her Celebration of life at the Nyssa Christian Fellowship 220 S. 5th St. Nyssa Oregon on Saturday, October 8, 2022, at 11:00 am with lunch following downstairs afterward.

To send flowers to the family or plant a tree in memory of Judy Kerpa, please visit Tribute Store

Share Your Memory of
Judy
Upload Your Memory View All Memories
Be the first to upload a memory!
Share A Memory
Send Flowers
Plant a Tree