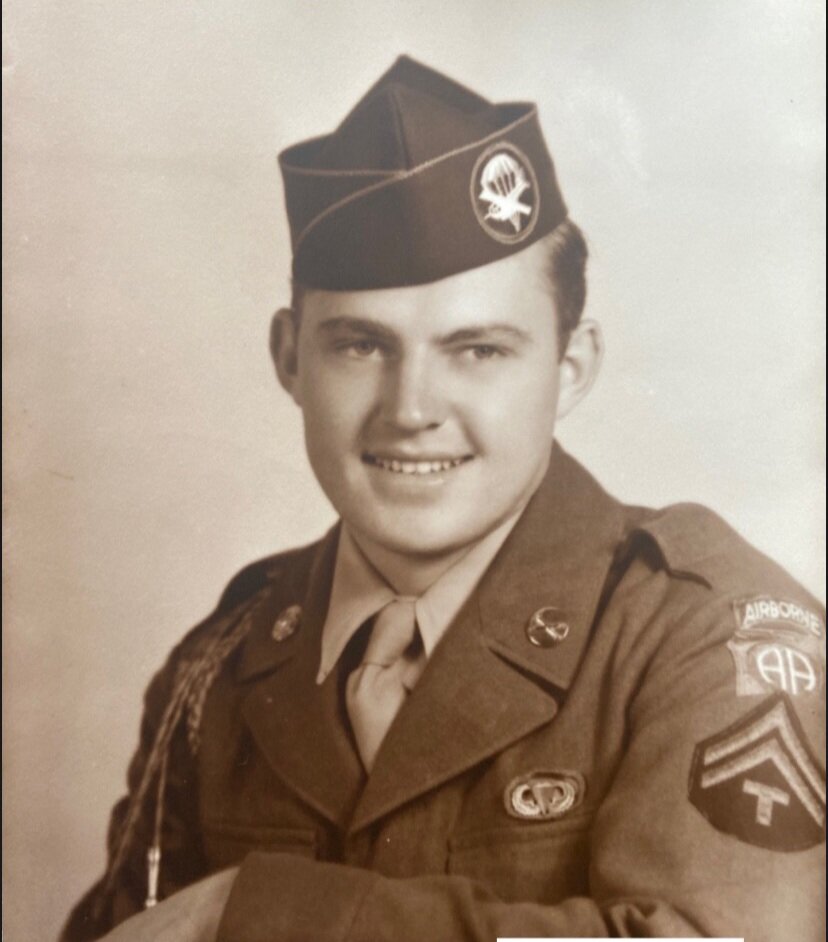 After a long and full life, Reuben Kautz of Weiser, Idaho, passed away on September 12that the age of 95.

Reuben was born into the busy home of John Jacob and Maria Kautz alongside 8 brothers and sisters. As a child, Reuben worked hard for the family farm in Annex, Oregon. As he watched his older brothers leave home to support war efforts, he took a larger part in his parent’s day to day operations. He would affectionally relay that after graduating from “Annex University”, he left his pursuit of education to ensure his family’s farm could stay afloat. In 1945, Reuben was called to serve his county. Until 1953, Reuben was a part of the Army Airborne division and saw combat in both World War II and the Korean conflict.

In July of 1947, Reuben married Mary March and began a family in Weiser, Idaho. Reuben and Mary had three children, Larry Kautz, Kathleen/Kathy (Kautz) Leedy, and Edward/Ed Kautz. All three were active in athletics and their community and kept Reuben and Mary very busy. While raising his family, Reuben worked for the Hells Canyon Beverage Company, he owned the City Tire shop until he sold to Les Schwab in 1964, he worked in the management of the Weiser Labor Camp, and in his retirement, drove bus for the Weiser School District.

Larry, Kathy, and Ed gave Reuben grandchildren in whose lives he was active. From taking vacations, to playing golf, and being Grandpa bus driver for various sports teams, he was able to make many memories with them all.

In 2004, after 57 years of marriage, Mary preceded Reuben in death. Reuben continued to keep busy with friends, family, and golf and in 2006 (to the surprise of us all), he signed up for an ocean cruise. On that cruise, he met Betty Johnston of Parma, Idaho and struck up a friendship. In 2007, that friendship became marriage and Reuben was able to enjoy this companionship for nearly 15 years.

While Reuben will be missed by us here, we know he is in good company with Kathy, Mary, his grandson Brian, Edward, and Betty who all preceded him in death. Reuben is survived by his son Larry, six grandchildren, and their growing families.

We welcome you to remember Reuben with us at the Hillcrest Cemetery on Saturday, September 24th at noon. In lieu of flowers, we ask that any gift be made by way of donation to the Ed Kautz Memorial Scholarship. Those donations can be made to the Weiser Ed Foundation at PO Box 268 in Weiser, Idaho.

To send flowers to the family or plant a tree in memory of Reuben Kautz, please visit Tribute Store