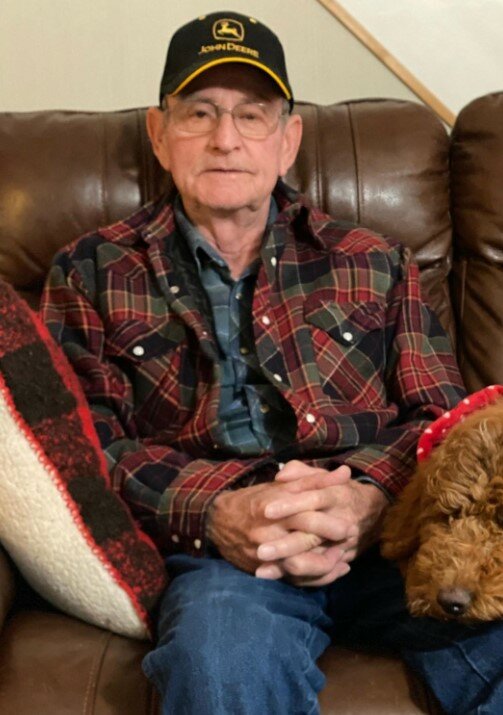 Lonnie Hibbitts, 75, of Vale, Oregon passed away Tuesday, September 6, 2022, in Ontario, Oregon.  Lonnie was born August 14, 1947, in Oneida, Kentucky, the son of Luther and Sophie Hibbitts. He was raised in Kentucky and Indiana until the family moved to Oregon in 1959. Lonnie married Pamela Dentinger in 1975.

Lonnie worked various jobs at sawmills, farming, and ranching until moving to Jamieson, Oregon in 1972 when he went to work for Harada Farms. After the Harada’s sold the farm and retired, the family moved to Vale in 1988 where he went to work for Malheur County as a heavy equipment mechanic. He worked for the county for 26 years, up until 2014, when he decided to retire and enjoy doing “whatever he wanted.” He enjoyed hunting, fishing, riding horses, tinkering around his shop, keeping up on his little farm, and working on vehicles and tractors. He took special pride in his dad’s Minneapolis Moline which he restored. He was extremely handy and seemed to be able to build or fix anything. He also loved to spend time with his grandkids and great-grandkids.

Lonnie is survived by his wife Pam of Vale; a daughter Sheila and her husband Duane Cowperthwait of Ontario; son Gene and his partner Chelsea of Vale; daughter Kimberly and her husband Shane Theall of Hines, Oregon; brothers Eddie and Donnie Hibbitts; sisters Ruby Hanson, Carolyn Reeves and Penny Dennis; numerous grandchildren and great-grandchildren. He is preceded in death by his son Matthew Kurt Hibbitts, his parents Luther and Sophie Hibbitts, brothers Everett, Lester, and Chester Hibbitts, and grandson Beau Riley Hibbitts.

Lonnie was smart, humble, kind, and adored by his children and grandchildren and will be missed dearly by all who knew him.

Services will be held Monday at 10:00 am at the Lienkaemper Chapel, Vale, Oregon. Interment will follow at Valley View Cemetery.

To send flowers to the family or plant a tree in memory of Lonnie Hibbits , please visit Tribute Store

Share Your Memory of
Lonnie
Upload Your Memory View All Memories
Be the first to upload a memory!
Share A Memory
Send Flowers
Plant a Tree