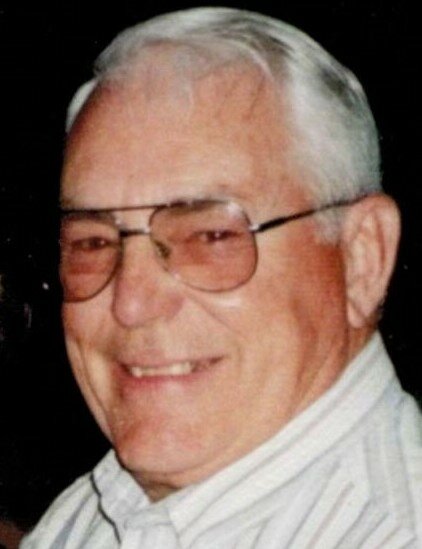 A beloved educator and family man, he was born Andrew James Koopman to John and Mary Koopman on August 28, 1938, in Nyssa, Oregon. His family moved around the area in his early years, living in Ontario, Harper, and Vale until settling down on a farm outside Vale. Andy had fond memories of growing up in Vale, Oregon. Andy was an active and athletic boy growing up. Some of his fondest memories included playing baseball, running track, and of course, playing football. Andy loved football! He enjoyed playing football and being a Vale Viking. He enjoyed watching all football, from little pee-wee ball to professional ball. If you asked him what his favorite teams were he would mention a college team or two, maybe an NFL team, but in the end, he was a Vale Viking. That was his team. His calendar was defined by watching Viking football in the fall! Some of his most energetic stories to tell were of playing football and winning state championships. He loved his teammates and his classmates. He was very proud of the closeness of his high school class and enjoyed many great reunions over the years. He was always so grateful for how they accepted Zona, his wife, and treated her like one of their own.

After graduating from Vale High School in 1957, Andy enlisted in the Navy. Andy took great pride in having served in the Navy. His time in the Navy left him with many great stories. He started at Camp Pendleton where he did his basic training and spent time in Oklahoma, Florida and finally Washington D.C. Andy was a photographer and was stationed at Anacostia as an aerial photographer. He worked in the Naval Photographic Center which housed many darkrooms and a video production studio. It is here that he met a young lady from Albuquerque, Zona Schwartz, who was also in the Navy and working in the video production unit. Their friendship grew as did their love for each other. They were married in 1961 in Washington D.C.

Shortly after their wedding, both of them having completed their service, they moved back to Oregon, where Andy started college in LaGrande to become a teacher. He then took his first teaching job in Halfway, Oregon. They moved to the beautiful Pine Valley, in 1965, where Andy started teaching 6th grade. He enjoyed talking about the students in his 6th-grade classes those first couple of years. He became an elementary principal and worked in Oxbow, Richland, and Halfway. He was the elementary principal of Halfway Elementary for 28 years. While living in Halfway Andy and Zona adopted two boys Daniel James and Mark Andrew. Their time in Halfway is defined by the close friendships they developed there over the years.

After retiring from education, Andy and Zona continued to live in Halfway. They had many great adventures traveling the world. Eventually, they relocated to Ontario, where their adventures continued.

Andy is mourned by a large and varied family and circle of friends, including his sister Dieuw(Dee) and brother Fred(Bud). His son, Dan, wife Zona, and Sister Babe all preceded him.

A memorial service will be held at Lienkaemper-Thomason Funeral Home in Ontario, OR on September 17th at 11:00 am, followed by a gathering at the family residence for food and fellowship. This memorial will be available via Zoom for those unable to attend in person. Contact the family for details. A graveside service will be in Halfway, OR on October 8th at 11:00 am with a gathering at the Lions Hall afterward with food.

To send flowers to the family or plant a tree in memory of Andrew Koopman , please visit Tribute Store

Share Your Memory of
Andrew
Upload Your Memory View All Memories
Be the first to upload a memory!
Share A Memory
Send Flowers
Plant a Tree