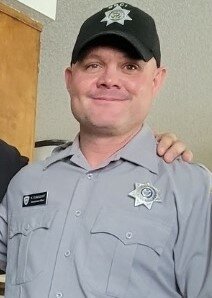 Kevin James Sundquist unexpectedly passed away on August 6, 2022.  He was born January 28, 1976, in Caldwell, Idaho, to Stephen and Sandra Sundquist. Kevin was the youngest of 6 children. He was a 1995 graduate of Nyssa High School, where he was well known for his amazing wrestling skills. Kevin was employed at Snake River Correctional Institution. He married Marcy Leos on June 9, 2001, together they have 3 amazing children Alexus, Morgyn, and Brock.  Kevin was a loving husband, father, son, brother, and friend. He loved his family very much. Kevin loved his music and loved to share it with his friends and family, he also loved going fishing when he could with his besties Jason and JC.  Private family services were held on August 11, 2022.

Those who so desire may make a donation, in memory of Kevin Sundquist, at Idaho Central Credit Union for his children’s educational future.

To send flowers to the family or plant a tree in memory of Kevin Sundquist, please visit Tribute Store

Share Your Memory of
Kevin
Upload Your Memory View All Memories
Be the first to upload a memory!
Share A Memory
Send Flowers
Plant a Tree