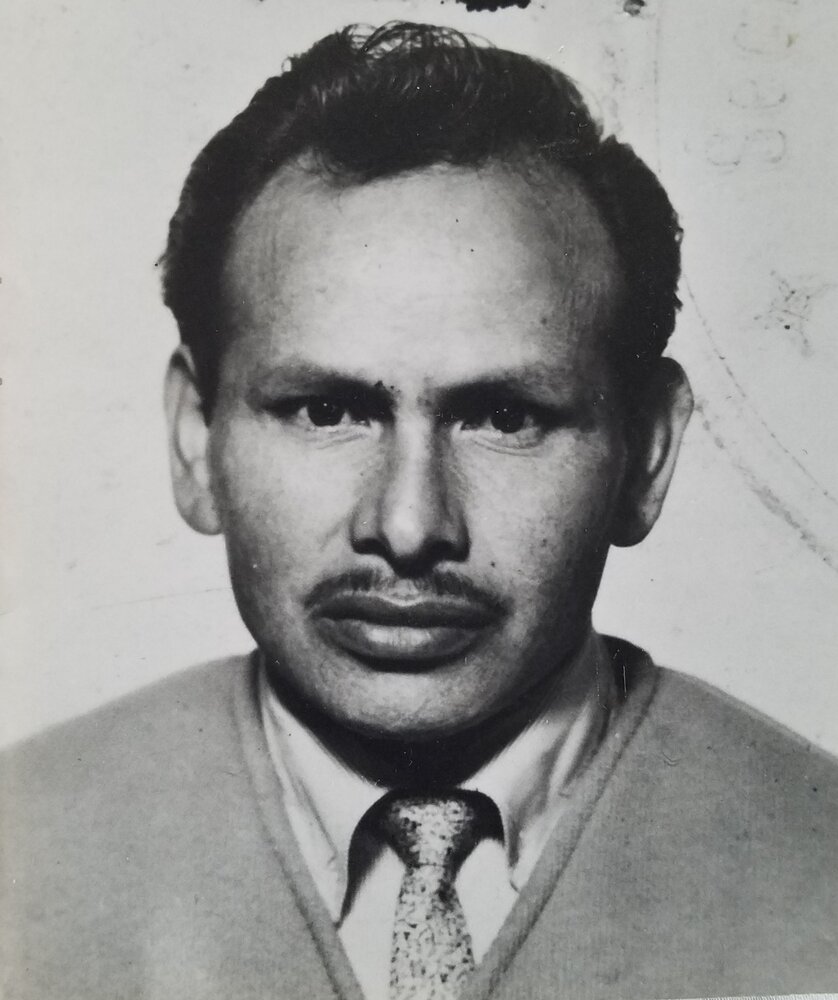 Marcelino Garcia, age 86 lived a long life and was grateful to see his loving family grow year after year.  He passed suddenly just after reaching his last birthday.  raised in San Juan Teotihuacan Mexico he traveled as a youth throughout North America by rail reaching mountains and vistas and many coasts.

He would serve in the calvary and learned many trades before settling in as a mason in La Mision Baja, California. There he served as a labor organizer and representative before coming to the USA.  While living in Washington State he would meet his wife Rebecca after a few years they settled in Ontario.  Over the years his family grew to include his children - Inez, Diana, and Marcelino Jr. as well as his grandchildren and in-laws.

In the last chapter of his life he was able to retire from Jr Simplot in Caldwell, Idaho, where he made many friends as is he did anywhere he went.  He loved to garden, fish, cook, as well as look after his grandchildren.  We will miss his charm and enduring positive outlook on life which made all those around him smile.  He walked in faith and will be dearly remembered.

Rest in Peace our beloved Husband, Father, and Grandpa!

To send flowers to the family or plant a tree in memory of Marcelino Morales, please visit Tribute Store