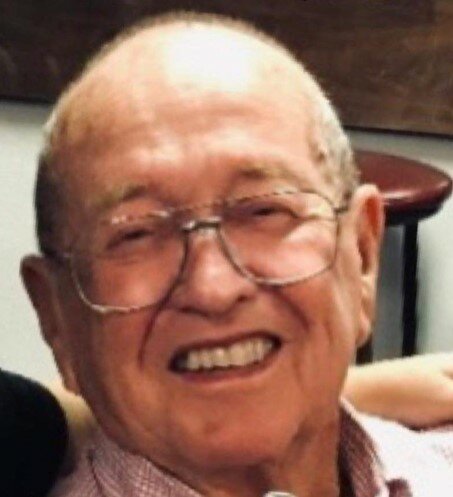 Charles Robert (Bob) Taylor Davis (87) passed away peacefully at home, surrounded by his three children and most of their families. Bob was born in Wendell, ID the third of eight children, to Frank and Alta Davis on May 19, 1935. He grew up in Jerome, ID where he graduated high school and went on to join the Army in 1958, and was stationed at Ft. Chaffee, AR.

After his time in the Army he returned to Jerome where he met Laura Anderson and they were married July 12, 1959. During early-married life, he had his own custom farm work business, which included building truck beds in the winter. They welcomed their first daughter in 1960 and their second daughter was born in 1961.

In 1966 Bob began his journey as “Burger Bob” when he took over  managing the Arctic Circle in Hailey ID. A year later the family moved to Nampa, ID to grow his experience in the business of burgers.

In 1967 the family moved to Ontario, OR where the “Burger Bob” legacy was born and flourished. Their family grew once again in 1969 when they welcomed their son. He managed the local Article Circle until 1977 when Bob and Laura purchased the business and began building their 53 year legacy called Burger West.

Bob always had numerous projects going on including growing tomatoes in his garden and fields of potatoes for French fries for many years. He added to his projects in 1980 when he started Davis Development Construction Company and developed NW 18th st and had several other building projects.  His favorite projects always included his grandchildren, teaching them everything he possibly could and enjoying most of all, their company. Bob had a special bond with his grandchildren that will remain unmatched.

He will be remembered for his sense of humor, his many many stories (with and without his strategically incorporated embellishments) and most certainly his generosity, Bob was never shy to a stranger and in no time made friends where ever he went usually bringing along his “special peppers” or giving out his gold dollar coins.

He is preceded in death by his mother and father, 1 brother, 2 sisters, and many other family members and friends also very dear to his heart.

Memorial service will be held at Lienkaemper’s Funeral Chapel in Ontario, OR, Tuesday June14, 2022 at 11AM followed by graveside internment at Evergreen Cemetery in Ontario.  We will encourage those that would like to share stories, and memories at evergreen cemetery.

Gifts are not necessary, but if you feel compelled, in lieu of flower arrangements, Bob would have been thrilled with flowers to plant in his garden.

To send flowers to the family or plant a tree in memory of Bob Davis , please visit Tribute Store

Share Your Memory of
Bob
Upload Your Memory View All Memories
Be the first to upload a memory!
Share A Memory
Send Flowers
Plant a Tree