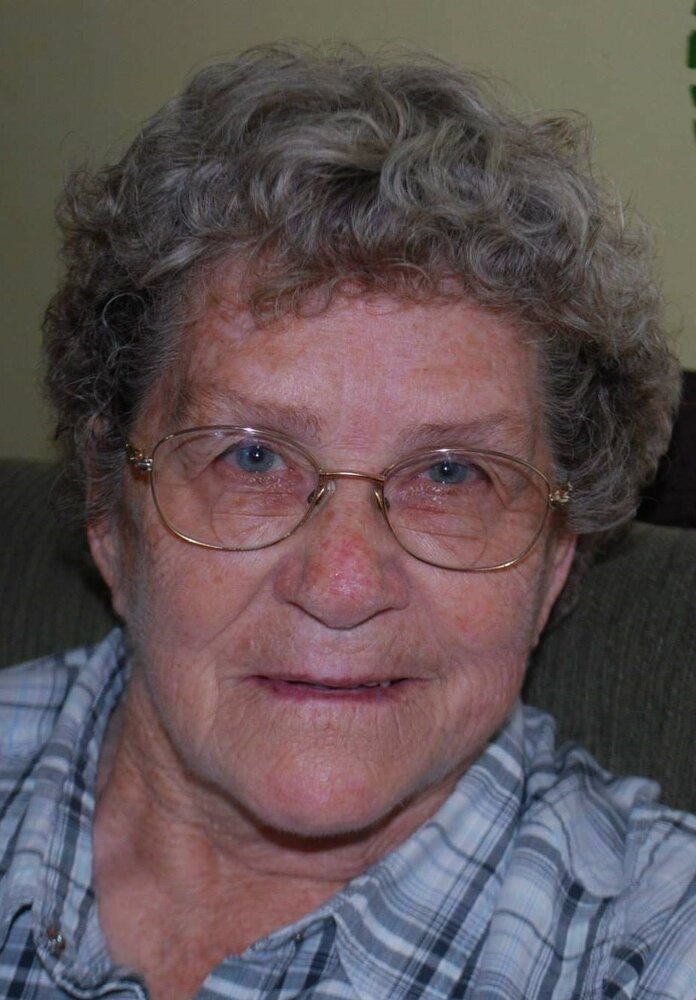 Elaine Angela States Olveda, 88, passed away on Saturday, May 28, 2022, surrounded by her loving family.

Elaine Angela was born, along with her twin sister Lorranie Irene, on December 30, 1933 to Malvena May Pine Potter and Epsey Dayton Potter in Salmon, Idaho.

At the age of 6, her mother could no longer care for her and her siblings. She was then separated from her older brother E.  Vernon and younger sister Marietta. She and her twin had then moved to Chalis, Idaho to live with her aunt and uncle Lorin and Bessie Pine. Her Aunt and Uncle were then having their 4th child and could no longer care for her and her twin sister, they were taken to the orphanage in Caldwell, Id. Elaine and her twin Lorranie were adopted by Leonard and Delma States. At the age of 12 Lorranie went to live with the Glenn's and Elanie went to live with Olive and Dee Hopkins.

Elaine at the age of 17 went to work on Robert States' farm in Weiser, Id. She worked for him for 12 years. Over the years she fell in love with him and they were married On Feb 6, 1968.

Robert and Elaine had 3 children. One Son Richard States and twin girls Tammy and Pammy States. Robert continued to work in the fields and Elaine ran the produce stand, States Produce or The Market as she called it. She also made and sold all her unique little crafts and they sold Christmas trees in the winter. They attended the Seventh Day Adventist church. In May 1996, Robert passed away. She continued to run The Market until the end of the year, then passed it along to her son and his wife Rick and Kim States.

Elaine's best friends introduced her to Juan Olveda. Juan and Elanie married in April 1997. They lived happily retired in Ontario, Oregon and then moved back to Weiser after a few years. Juan passed away in May 2014. Elaine then moved to Utah to live with her daughter Pam.

Elaine was the most selfless person, she was always doing things for others and always wanted everyone else to have things while she would go without. She was known for making the Best Hot cakes (pancakes). She always encouraged you to be a good person. She had a very strong bond with God. She loved her children and grandchildren with her whole heart. She worked hard her whole life and was one tough lady. She beat breast cancer, many surgeries, a small stroke and COVID 19. She fought hard in her final days. She made a positive and loving impact on everyone she met. She will be greatly missed.

A funeral service will be held Monday, June 6, 2022 at 11:00 am at the Seventh Day Adventist Church in Payette with interment to follow services at Cambridge Cemetery. in Cambridge, Idaho.

To send flowers to the family or plant a tree in memory of Elaine Olveda, please visit Tribute Store