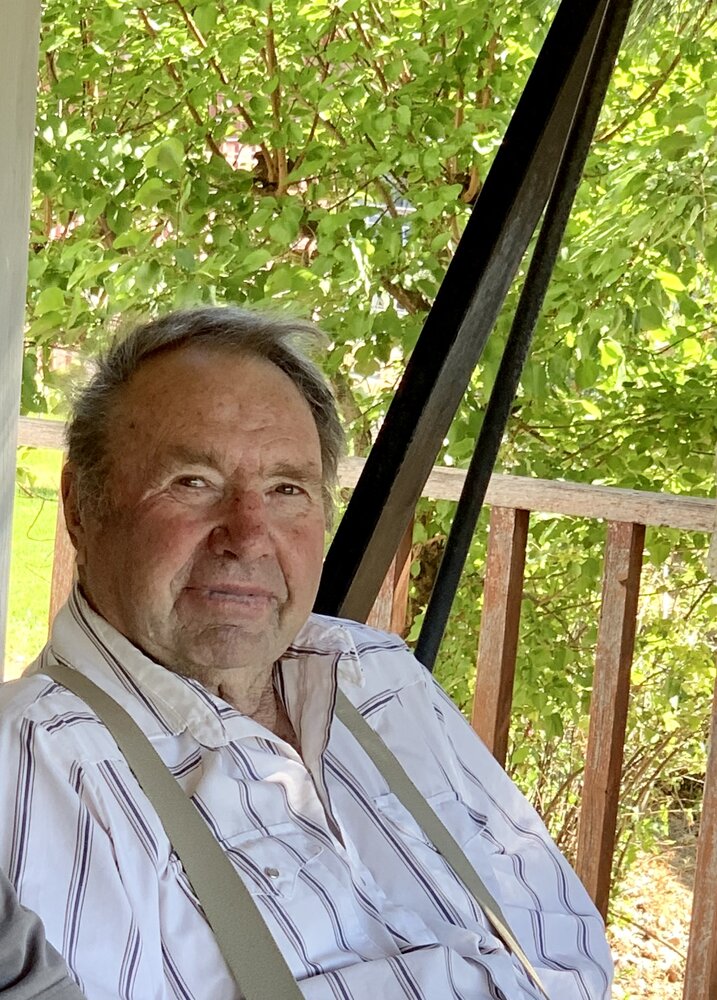 Larry Dee Anderson drifted into the arms of his Lord and Savior on May 8, 2022. Larry was born on October 24, 1936, in Scio, Oregon to Frank and Iva Anderson. He grew up and followed his parents and siblings settling throughout various locations in the Pacific Northwest. He started school in Payette, Idaho before his family moved to Alpine, Idaho where he attended and graduated from school in Cambridge, Idaho in 1955. He met the love of his life, Irene Wood, and they were married on November 12, 1955. After their marriage, he worked in the Mesa Orchards and then got a job installing furnaces in new homes at the Brownlee Dam before joining Irene’s parents, Charles and Maude Wood, on the WX Ranch. He continued working with Charlie until Charlies’ death in 1970. His brother-in-law, Isaac Ward and wife Ilene, Irene’s twin sister then joined Larry and Irene at the ranch. The two families continued to work the ranch together, involving their kids and grandkids, until they retired in 2005 and moved to Weiser, Idaho. Larry was a born-again Christian and was very active in his church until health restricted his attendance. He demonstrated the importance of faith to his children and laid the foundation of their own faith. Larry enjoyed and lived life to its fullest. He always had a glimmer in his eye, a prank up his sleeve and a big hug and smile for his family. Larry served on the Cambridge School Board and the Washington County Weed Committee for many years. He was instrumental in starting the Toy Tractor Show at Hells Canyon Days in Cambridge, Idaho, and carried on organizing the show for many years. He took a lot of enjoyment in collecting toy tractors and showing them to anyone who stopped by. He also had a deep love for music and taught himself to play the harmonica, violin, banjo and many other musical instruments. Larry and Irene were blessed with four children, eight grandchildren and 11 great-grandchildren. Larry loved and cherished his family through working together on the ranch, swimming trips to Starkey, camping trips and always taking them to church on Sundays. He is survived by Irene, his wife of 66 years; children Patsy (Pete) Boise, Karen (Arlen) Weiser, Kathy (Rob) Nampa and Michael (Cecile) Nampa; grandchildren Melissa, Kari, Erik, Patrick, Pamela, Michael, Jason and Jessica followed by 11 great grandchildren; siblings Donald (Dolores), Audrey (Danny), Aubrey (Angie), Darrel (Wilma) and Dorothy and special brother-in-law Isaac (Betty} Ward; and special niece and nephew Debbie and Bruce along with numerous nieces and nephews. Contributions can be made in memory of Larry to Park Community Church.  A visitation will be held Monday, May 16, 2022 at 10:00 am with Funeral Service to follow at 11:00 at Thomason Funeral Home.  Interment to follow service at Fairview Cemetery in Annex.

To send flowers to the family or plant a tree in memory of Larry Anderson, please visit Tribute Store