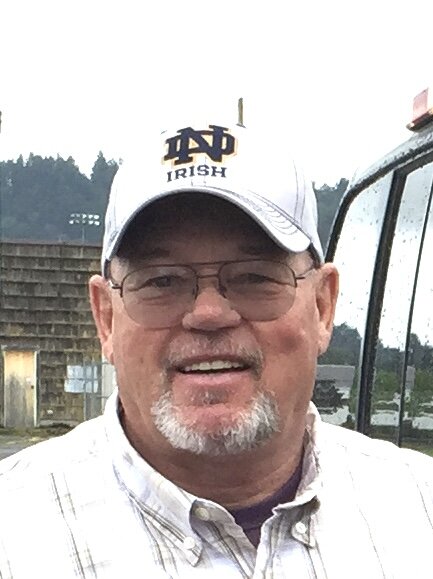 VALE - Joe Nyborg was born in International Falls, Minn to Henry and Florence Nyborg.   The youngest of five children, his siblings Karen, Floyd and Shirley all predecease him.  He is survived by his sister Pearl (Tom) Weir.

Not only was Joe his family’s hero, he is also one of our country’s military heroes.  He served two tours in Viet Nam (66-68).   He was involved in the Viet Nam Tet Offensive and was presented a number of prestigious metals and awards based on his service.    Upon the completion of his military service, he reunited with his second grade sweetheart, Linda Greening.     The soulmates were married in 1969 and together they began to “build a kitty” with a legacy of hard work and family values.  The Nyborgs moved to Oregon from Michigan in 82.  His family was his greatest source of pride and joy.  Each of his children and grandchildren will tell you that “Pa was my biggest Fan”.  He cherished teaching his family holiday traditions:   camping,  hunting, fishing, and sports.   He jumped in with both feet to support any interest his family had.

Joe had the heart and the soul of an artist.  Music, painting, woodworking, and cooking were all passions.  By trade he was an accomplished welder/fabricator.   He could figure out any project. There were no short-cuts and you knew if a project was “Joe-ified” it would be done right.  He had a great work ethic, a strong sense of family, a wonderful sense of humor and he delighted in a good joke or some witty bantor -  all traits inherited by his family.

Joe will be missed by his wife of 52 years, Linda Nyborg.  Their Children left to carry on his legacy are daughter Stephanie (Jeff) Mendiola and children Ryan (McKenzie) Nyborg, Emily Bernard, and Megan Bernard;  daughter Stacey (Michael) Perry and children Isabella, Hannah and Colton Perry; and son Darrick (Cara) Nyborg and their children Kiana Nyborg, Kaleb Nyborg and Karson Brown.

Per Joe’s request, his passing will be marked with a private family celebration of life.  In lieu of flowers donations can be made to the Disabled American Veterans (DAV) or  the Vale American Legion.

“Every day is a good day, some days are just better than others.”

To send flowers to the family or plant a tree in memory of Douglas Nyborg, please visit Tribute Store