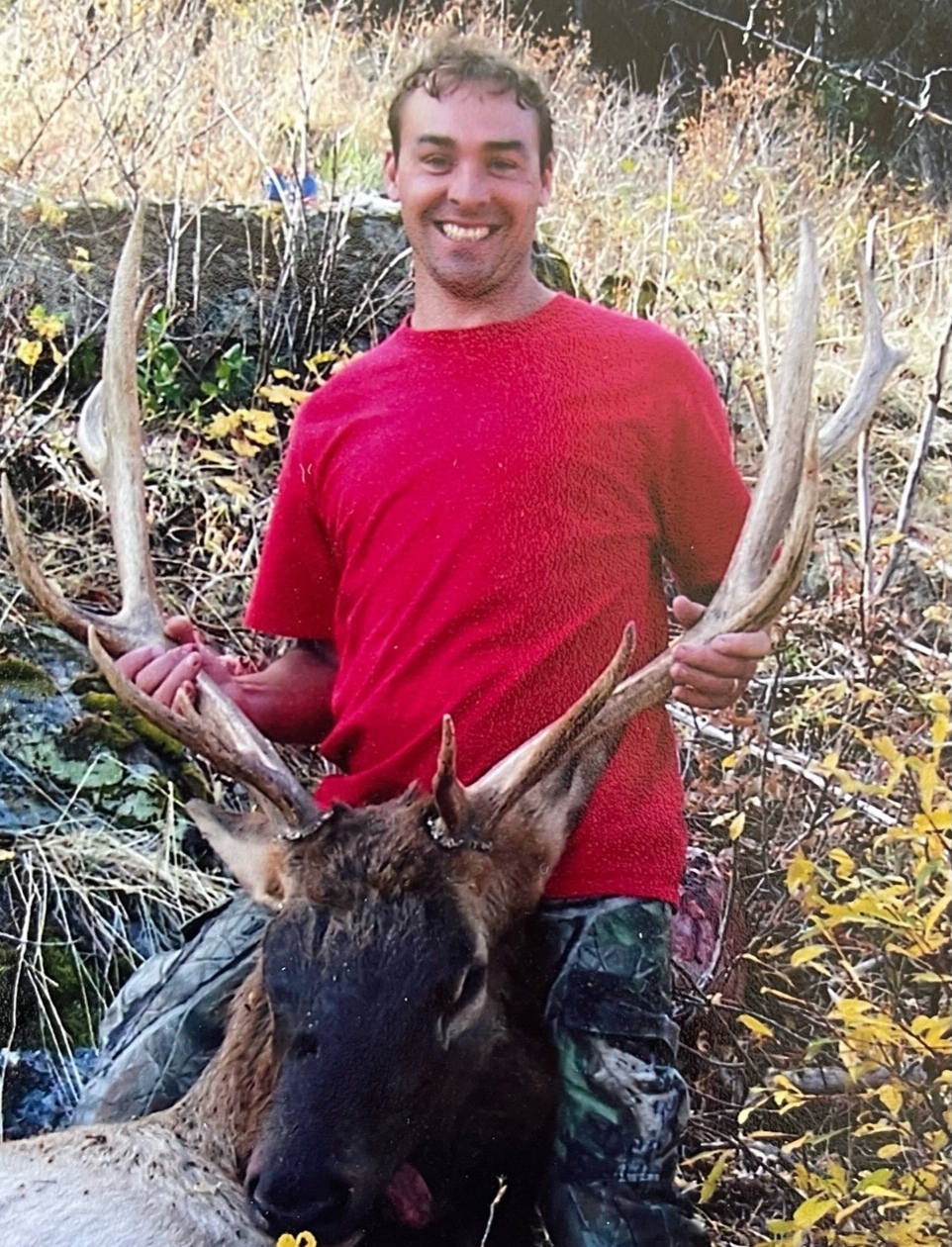 Billy Killion passed away surrounded by family on March 20th, 2022. A celebration of life will be held on Saturday, March 26th. The gathering will be hosted at the New Plymouth First Baptist Church starting at 10am. All who knew Billy are welcome to attend as we appreciate the impact he had on our lives. If you have it available, we would like to honor his love for hunting by wearing camouflage or hunter orange.

Billy was born in Willows, California on August 21st, 1967 to Opal and James Francis Killion. The Killions moved to Nyssa when Billy was in grade school.

Billy’s time as a Nyssa Bulldog was well spent on many sports teams, with football and wrestling being his favorite. He was the class clown but still managed to be loved by all his teachers. He especially enjoyed Science Club. His favorite activities were anything he could do with friends including: trying to catch carp with his hands on the banks of the Snake River, bicycle adventures between Nyssa and Ontario, Nyssa Nazarene youth group activities, and trying to get the high score on every arcade game in the area. Billy joined the 25th Idaho National Guard Band in the middle of his senior year. He went to Basic Training in Fort Lenard Wood, MO, followed by 4 weeks of AIT. He served for 4 years in the Idaho National Guard Band.

Billy went to TVCC for a year of Forestry Studies while working at Sizzler, Wendy’s, and Albertsons in Ontario. He met Laura Kelleher while working at Sizzler in 1987, who he married in 1991. He became a manager and the Killion’s purchased the restaurant from the Rahn’s in 1997. They ended their Sizzler franchise in 2012 and reopened the restaurant as Killion’s Steakhouse. The Killion’s closed their family restaurant in 2014. Billy joined Oregon Department of Corrections as a Food Service Coordinator at SRCI. He then transferred to Powder River Correctional Facility in Baker City, OR as their Food Service Manager where he thrived and had many opportunities for growth. When the opportunity arose to become the Food Service Manager at SRCI he applied with the goal to conquer a new challenge and spend more time with his family. He made friends wherever he went and gained the respect of anyone who worked for him. He had high expectations of others and was always willing to support them to achieve their potential.

As local business owners, Billy and Laura put a huge emphasis on community involvement. They supported both youth, civic, and recreational groups that are too numerous to list. Billy was the first to volunteer whenever an opportunity to donate to the community appeared - with a gift certificate, food, or time. He served as the Ontario Chamber of Commerce President in 2006 and 2007 despite his dislike for public speaking. He frequently said “it’s a river not a wall” as he worked towards unifying the surrounding towns in both Oregon and Idaho.

Billy loved to be in nature. He enjoyed as much time as possible hunting, fishing, hiking, skiing, and boating. Many of his best friendships were strengthened in the woods. He had 4 daughters who he adored and passed on the love of nature and sports to.

Above all else, Billy put his family first. He was an avid supporter of anything his daughters decided to do. He would run from place to place along a cross country course so he could be in the perfect place when motivation was needed most. He would untangle as many fishing lures as they were able to get caught in the weeds. He taught them what a good leader looked like and how to treat people with respect. He loved them fiercely and would protect them at all cost. While doing so, he also instilled the confidence to protect themselves. He encouraged independence but was always there to support when needed.

He is survived by his wife Laura; four daughters Cassandra, Shelby, Brianna, and Grace; his nephew Jeff Sorenson; his in-laws John and Naida Kelleher; and countless friends he considered family.

To send flowers to the family or plant a tree in memory of Billy Killion, please visit Tribute Store