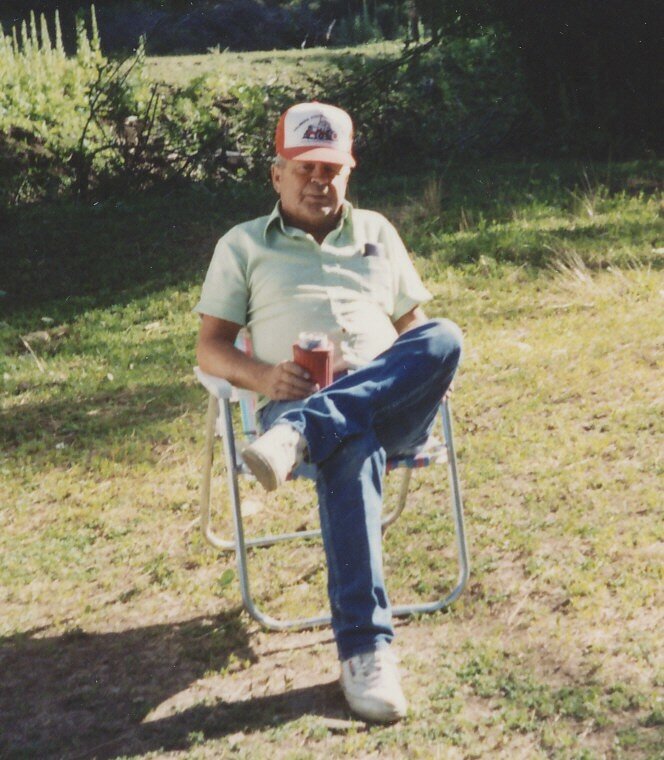 Ron was born in Scottsbluff Nebraska on July 17, 1936 to Pete and Lena Green.  He was the ninth of ten children born.  Around 1949 Ron moved to Weiser, Idaho with his parents and 2 siblings.

On July 22, 1955 Ron married Charlotte Ann Cooper.  They moved to Portland, Oregon for a while where their 3 children were born and then moved back to the Oregon Slope where Ron got back in to farming.  Around 1963, they bought an 80 acre farm out on the Weiser Flat.  In 1983, Charlotte was diagnosed with cancer and lost that battle in November.  They were married for 28 years.

Around 1985 Ron went to work for Simplot Soilbuilders driving truck and continued working there until he was 83 years old.  He just loved working, farming, tractors, dirt, just being outside.  Fishing, camping and bar-b-ques were some of his favorites too.

Ron met June Palmer his “friend” in 1992 and they hung out together from that time on camping, visiting, raising her grandchildren, just lots of fun things.  His daughter in law admired dad for being such a hard worker, great carpenter and mechanic not to mention his sense of “humor.”

Viewing will be from 3 – 5 pm on Thursday the 17th at Thomason Funeral Home and the Graveside service will be at 2:00 pm Friday the 18th at Fairview Cemetery on the Oregon Side.  There will also be a gathering afterward at the Christian Church Fellowship Hall to eat and share any memories you might have.

The family and “friends” would like to thank the Horizon Hospice Crew for getting this set up for us so quickly.  Dad only needed the services for 6 days unknowingly but we sure are all greatful to you for helping us.

To send flowers to the family or plant a tree in memory of Ronald Green, please visit Tribute Store