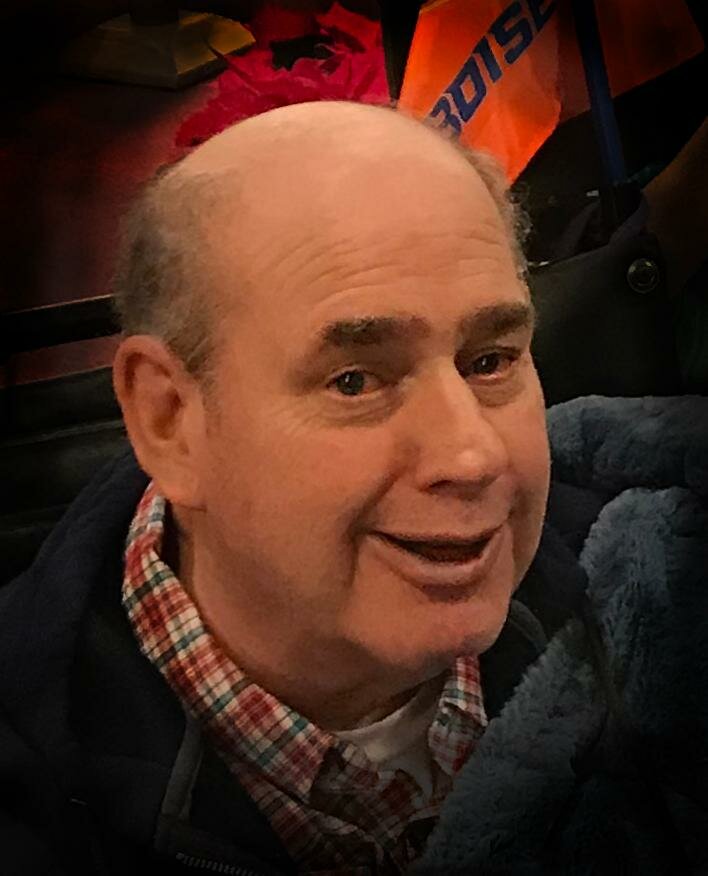 On June 4, 1958, Jimmy was born to Merceda and Dewey Servatius in Weiser, Idaho. He was the 4th of 8 children. James had several nicknames; among them were Jimmy, Jim, King James, Big Jim, and his father’s favorite, “Bink” or “Binker.”

Jim grew up on the family farm west of Weiser where he lived most of his life. The family moved to Washington where Jim lived with them in Kent from 1983–1987, and then in Spokane with the family from 1987–1989. The family returned to Idaho where Jim remained on the farm until moving to Weiser Care of Cascadia in February of 2018. Although he had cerebral palsy it was not a deterrent from living a full life. Doctors told his parents Jim probably wouldn’t survive past 6 years of age…well, Bink sure showed them!  During his younger years in the Weiser school system, Jimmy attended special needs programs and later attended Mary Kay school in Ontario, Oregon. He continued developing life skills with his work at Witco. Even with the challenges he faced, Jim still managed to do everything his siblings did; including camping, fishing, school, and working, eventually “retiring” at age 55.

Jimmy especially loved basketball, bowling, football, and music. He was an avid fan of the BSU Broncos and the Seattle Seahawks. Jim was a DC Superstars bowling team member and attended many Special Olympics with his friends and teammates. He could often be seen practicing his hoop shots out in front of the home shed and loved when a passerby, neighbor, family, or friend would stop to challenge him to a game.  A couple of special neighbors that were his regular opponents: Jim “The Sheriff” Johnston, Gwen Winegar, and Cliff Henry. Bink had a special rock to mark his place when shooting baskets and had a better free throw average than Shaq.

Jim never met a stranger. Jimmy loved everyone he met and never forgot a face. Anyone passing by the family home on Jonathan Road was greeted with a wave and a smile. When you met Jim, you would never forget his infectious smile and the twinkle in his eye. He was vigilant while waiting for Cathy, the mail carrier, to deliver the day’s treasures. Jim could be counted on to wait tirelessly for your arrival if you let him know you were coming for a visit, sometimes for days in advance.

James loved strumming his guitar and getting everyone to join in a sing-along while he played. Favorite tunes included John Denver’s “Country Roads”, “You Are My Sunshine,” “Ring of Fire,” and “Hallelujah” to name a few. Jim never heard a song he didn’t like ­­and always thought you should join him in singing along.

Jim’s physical body was bound by limitations, but his involvement, compassion, and love for helping others were limitless. Jim was very involved with his church serving in many roles, including setting up and greeting for the annual St. Patrick’s Day dinner. He also accompanied and helped his mother working at the church’s food booth during Fiddle Week, and while she was bookkeeping for St. Agnes, or cleaning the church—Jim was always there. Jim also offered constant moral support for his mom as the man of the house after his father passed.

Despite his limitations, Jim’s hearing was impeccable. Much to our dismay at times, Bink always knew what was going on with everybody’s business and was always quick to pass along bits of other people’s conversations, even when some things might have been better left unsaid.

Bink was a source of simple but insightful knowledge, a man of few but profound words. Notable quotes and wisdom from Jim’s lips included: “It is what it is, there’s not a whole lot we can do about it”, “Seddle down, seddle down, seddle down”, “get it get it get it!’, “Listen to your Mom”, “Sorry Mick”, “Let’s make that a diet Coke”, “Over and out”, “That sounds good, what would you like to do?”, “we don’t have to go”, “Oh come on…you can stay a little longer”, and “Wull, that’s what Marty says.”

The family expresses its sincere gratitude for all of Jim’s caregivers at Weiser Care of Cascadia.

Jim would’ve preferred a reception to be held at McDonalds with cheeseburgers and diet Coke. Instead, due to seating limitations, a reception will be held immediately following the interment at St. Agnes parish hall. All are invited.

The family suggests memorials be made to the charity of your choice.

To send flowers to the family or plant a tree in memory of James Servatius, please visit Tribute Store