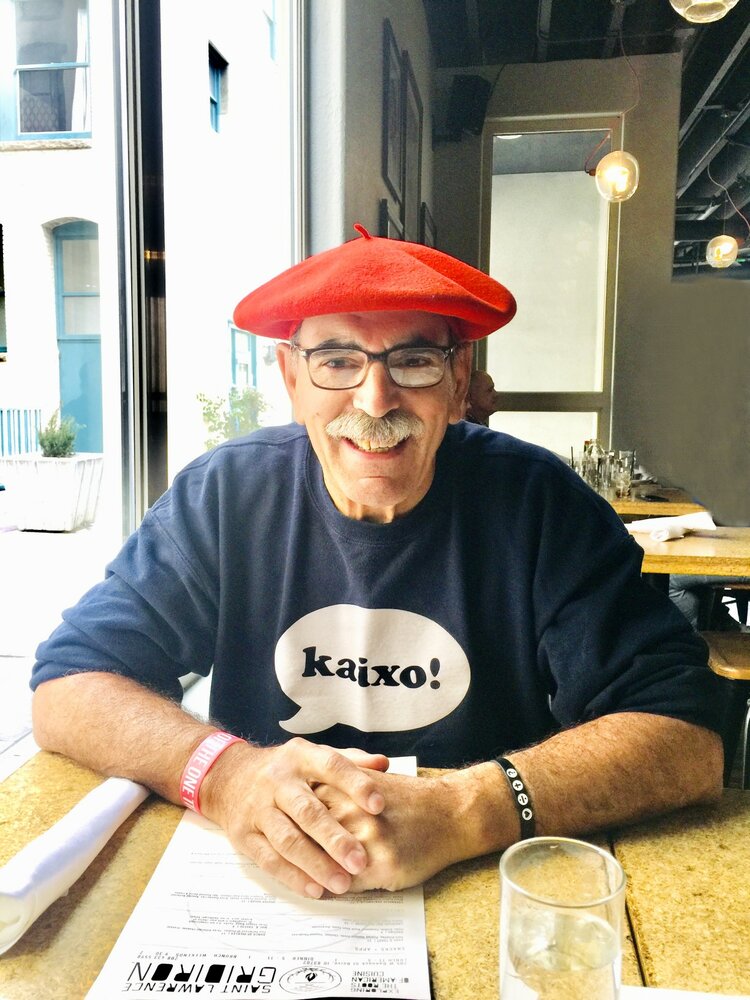 Please join family and friends for the “Going Away Party” of Raimundo Uriarte on Sunday,February 20, 2022, at 1:00pm Mountain Time in the gymnasium of Adrian High School 301 Owyhee Street, Adrian, Oregon 97913.

Raimundo was born in Guernica, Bizkaia in the Basque Country where he grew up with his mother Teresa, sister Maria and his half-brother Faustino Landa. In 1962, at the age of 10, his father Resu, who he had only met a few times, brought his family over to the United States. Resu herded sheep on the southside of the Steens Mountain in Oregon with Raimundo’s uncles John and Ben Madariaga. When Raimundo came to the U.S. he did not know English. He and his sister started to learn by watching television. Sports were always a part of his life. He participated in football, track, and wrestling throughout high school, where he set many records in Burns, OR. He played football for Boise State in 1971. He married Judy Renwick in 1973 and was blessed with a son Ramey.

He returned to Burns to be with his new family, worked in the Edward Hines Lumber Company and joined the Army National Guard. He also began what would become a lifetime of coaching. In 1979, he married Teresa Stearns and they had 3 children–Joshua, Amber and Marissa. In 1986, he moved to Baker City, OR where he worked at Ellingson Lumber Company and continued his coaching career. Throughout the years, he coached football, track, wrestling, YMCA volleyball and basketball. He loved coaching so much that it was part of who he was. To many, Coach Ray or Coach U was not only a coach, but a mentor and a friend. Being a coach in Baker City did not limit his influence. Throughout the years at different track meets he would offer a helping hand and show a few pointers to neighboring athletes.

He was devoted to the community, the kids and their future. He went back to school in the late 90’s and received an Associate’s Degree from Eastern Oregon University. In the 2000s, Raimundo and his third wife Tamara moved to Ontario, Oregon. Even with the move, Raimundo continued to give back to the Baker Bulldogs’ sports program.  He would travel back and forth from Ontario to Baker City to give what he could and instill in each and every athlete his daily mantra: Have fun, strive for a PR (Personal Record) and make a new friend. He believed in these life goals as well as his family and his Lord and Savior Jesus Christ. Even a 2005 cancer diagnosis could not deter his faith or determination and he overcame it. In 2017, he moved to Adrian, Oregon where he continued coaching football, track, wrestling and recently started coaching basketball again. He was able to enjoy time with family who mostly resided in Boise. Family, friends, his athletes, his animals, and Jesus were the most important things to Raimundo. These were his reasons for living. He worked hard and played hard, he loved card games and making up songs, listening to the Beatles, helping his family with projects, or spending time at Basque Dinners.

He is preceded in death by his parents. As he journeys to heaven, he leaves behind his half brother Faustino (Mari), his sister Maria, his children Ramey (Paula), Joshua (Itxaso), Amber (Jesse), Marisssa (AJ); grandchildren Morgan, (Jake), Tucker and Melia; his niece Deshaunna, nephew Ryan, and his many athletes and friends. Have fun, strive for a PR and make a new friend, while enjoying a Kalimotxa in heaven. Guk gure zeuri asko (His way of “I love you” in Basque).

In Loving Memory Of Our Father, In leu of flowers we have set up a GoFundMe page for a scholarship fund to a young, aspiring athlete.

To send flowers to the family or plant a tree in memory of Raimundo Uriarte , please visit Tribute Store

Share Your Memory of
Raimundo
Upload Your Memory View All Memories
Be the first to upload a memory!
Share A Memory
Send Flowers
Plant a Tree