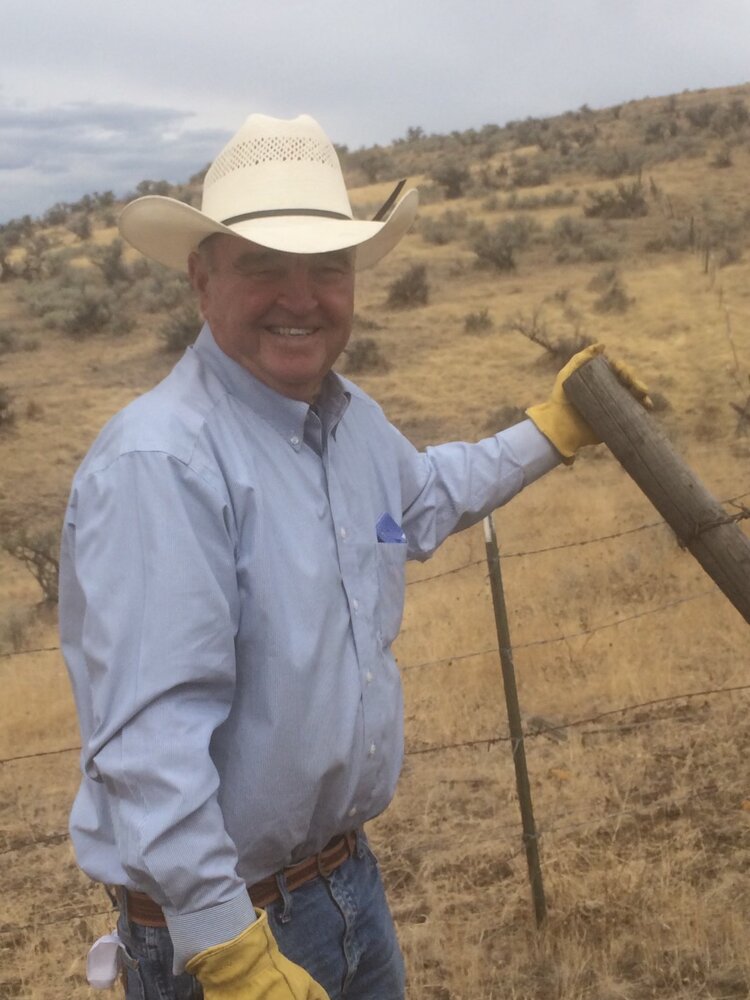 Glen Wallace passed away peacefully at his ranch in Weiser, Idaho on February 6, 2022, after a long battle with Alzheimer’s.  He was surrounded by family during his last moments.

He was born at his grandparent’s house, in their big feather bed, in Forest Hill, rural NE Texas on November 26th, 1935, where he developed a strong work ethic, love of horses and family that carried with him throughout life.

At the young age of 17, Glen joined the military to help support his parents and younger siblings.  Primarily being stationed at Travis Air Force Base in Fairfield, California.  It was during this time that he started a family.

After leaving the military, Glen worked as an operating engineer for some time before settling in Colusa County, California where he met and married Jeanne Wilbur.  They spent 41 years together with their shared love of ranching, horses and family.

Always the cowboy, he relished his competition and success in the roping arena and other activities.  He loved spending time with family and friends, nature and his beloved horses.

Happy trails, our favorite cowboy is always along for the ride in our hearts.  For as a cowboy once said, “If there were no valleys of sadness and death, we could never really appreciate the sunshine of happiness of the mountain top.”

Cremation and final arrangements are being handled by Lienkaemper-Thomas Funeral Home and Crematory in Weiser, Idaho.

In lieu of flowers, please consider donating to the Alzheimer’s Foundation of America or any charity benefiting Cowboys/Cowgirls.

To send flowers to the family or plant a tree in memory of Glen Wallace, please visit Tribute Store