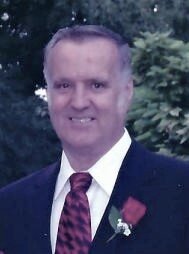 He was born January 11, 1945 to Wilford (Bill) and Afton Mitchell in Nyssa, Oregon. He attended school in Nyssa and graduated in the class of 1963.  A year later, he served a mission for the Church of Jesus Christ of Latter-Day Saints in the Eastern Atlantic States Mission.

After returning from his mission, he attended TVCC and also joined the Oregon National Guard.  He married his High School sweetheart, Vicki Maxfield, in the Idaho Falls temple on August 24, 1967.  To this union was born six children: Holly, Loren, Keith, Lucas, Nancy, and LaNae.

Dale was a dedicated and hard worker all of his life. At a very early age, he learned the value of hard work by doing various jobs like gopher trapping and selling soda at JC Watson’s.  Later in life, he worked at Amalgamated Sugar Company in the factory and beet seed research.  He was a mechanic for Treasure Valley Growers and Sales Inc and he retired as a manager of the fertilizer plant for Nyssa Co-op.

He loved restoring motors, motorcycles, hunting, fishing, tying flies, and spending time in the outdoors.  His ideal vacation was a tent in the woods by a stream or a lake.  He enjoyed being the chef for Sunday dinners whether he used the grill, smoker, or dutch oven.  Dale was a jack of all trades and could fix or repair anything.  He enjoyed his family and had a profound love for his ancestry.  He had the greatest sense of humor and will truly be missed.

Dale was proceeding in death by his parents, five brothers, five sisters and his son, Keith Mitchell. He is survived by his loving wife of 54 years, Vicki; his children, Holly, Loren (Melissa), Luke (Juliana), Nancy (Ney), LaNae (Jacob), 22 grandchildren, and 3 great grandchildren.

Services will be held on February 4, 2022 at the Nyssa Church of Jesus Christ of Latter-Day Saints Stake Center at 10:00 am. webcasting at http://mywebcast.churchofjesuschrist.org/events/nyssaoregonstake.  Interment will follow at the Owyhee Cemetery.  At Dale’s request, no viewing will be held.

To send flowers to the family or plant a tree in memory of Dale Mitchell, please visit Tribute Store