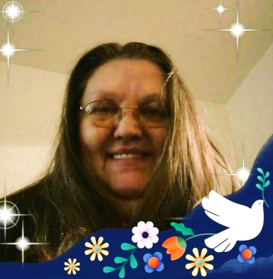 Barbara Ann Loredo recently passed away unexpectedly in her sleep in her home in Weiser. Idaho at the age of 69.  She is now resting pain free in the loving arms of her Lord and Savior Jesus Christ.  Barbara was born September 21, 1952 in Pendleton Oregon to Shirley Ann Ivie and Huie (Toby) A. Ivie who preceded her in death.  Barbara previously lived in Nampa where she worked at Carnation Foods & later as a security guard at Simplot for several years.  She also worked for the Salvation Army for a few years before moving back to Weiser.  After moving to Weiser, she was hired as a caregiver at Indian Head Assisted Living where she devotedly served her residents with love & care until back injuries forced her into retirement.  Barbara is survived by her daughter Laura & husband Robert Bailen of Ashland Wisconsin & son David Paul & wife Kristal of Grangeville Idaho, brother Paul E Ivie & (wife Linda), of Coeur d Alene Idaho, sisters Linda R Sander & La Gretta Lewallen & (husband Gary) of Weiser Idaho.  Barbara’s grandchildren are Cortland, Cody & Stephanie Bailen as well as Grandsons Tristen Paul, Aaron Paul & Lance Paul. Barbara also leaves behind seven great grandchildren and several nieces and nephews. There will be no funeral service scheduled.  Arrangements under the direction of Thomason Funeral Home.

To send flowers to the family or plant a tree in memory of Barbara Loredo, please visit Tribute Store