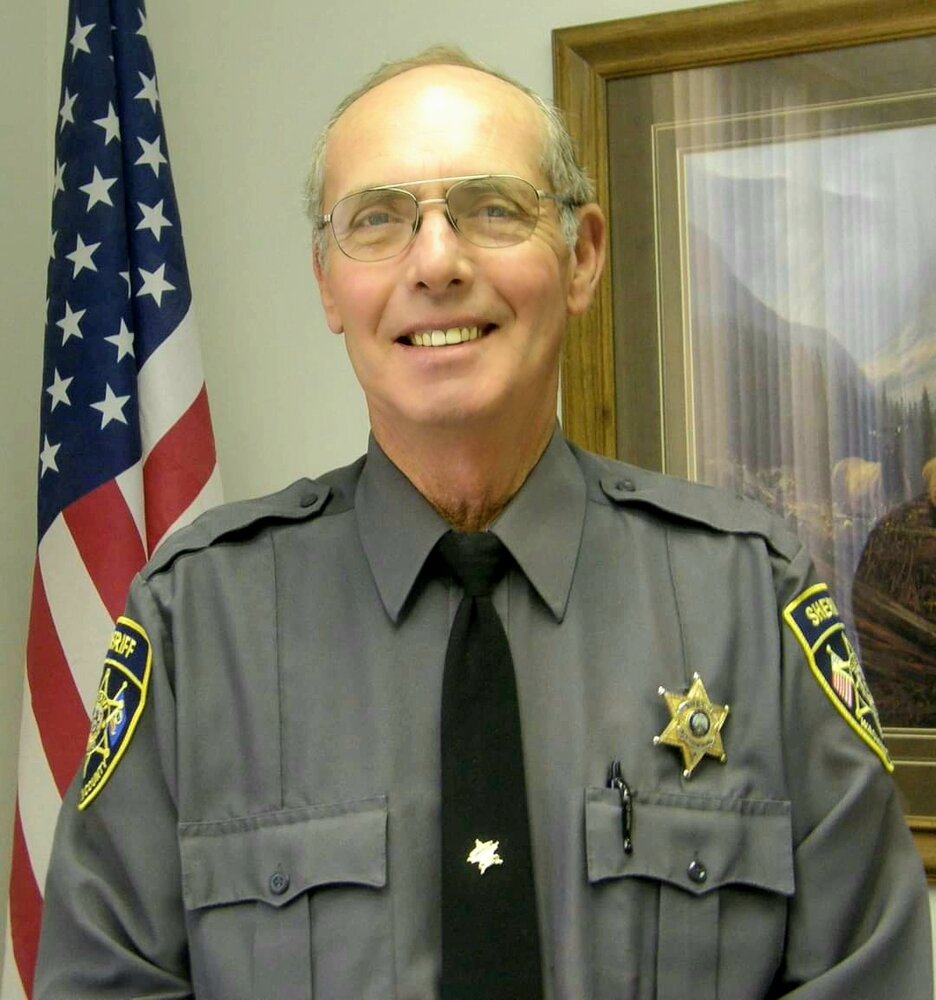 On December 11, 2021, Marvin “Marv” Eugene Williams passed away peacefully at home, with his wife by his side, following a brief but valiant battle with cancer.

Marvin was born on August 14, 1946, in Cheyenne, Wyoming to Cecil and Verna “Bessie” Smith. After Cecil’s untimely passing, Bessie met and married Barry Williams. Marvin was adopted by Barry Williams. Later, the family moved to Nampa, Idaho and had a small dairy farm east of town. The house is still there today. This is where Marvin learned the value of hard work and began his lifelong passion for cows and the farm life. He attended Greenhurst Elementary, Southside Elementary, and graduated from Nampa High School in 1964. Shortly after he met the love of his life, Nancy Jean Jenkins, and six months later they were married on April 3, 1965. While in high school, Marv enjoyed riding motorcycles and working on cars. He went on to race in several motorcycle races and won a lot of them! As a matter of fact, Marv and Nancy’s honeymoon was spent at a race at Peaceful Cove in Boise while Nancy sat on the hillside watching Marv race and win his 250 cc race on the circle track.

Marvin served 6 years in the Idaho Army National Guard based at Gowen Field in Boise, Idaho.

During their marriage, Marv and Nancy were blessed with two daughters, Stacy Lynn in 1966 and Kimberlie Ann in 1973.

His work on cars led him to a career as an autobody man for 24 years. He worked for Edmark Chevrolet and Orbendorf and Rowe in Nampa. It was while working at Orbendorf and Rowe that Marv and a few buddies put together and raced a car at Meridian Speedway. Many a weekend night was spent at the racetrack.

Through the years, Marv and Nancy lived in Nampa, New Plymouth and eventually moved to Washington County, Idaho in 1977. First, living in Cambridge and then Weiser. Marv worked for York Chevrolet in Weiser and eventually for Panike Auto Body, also in Weiser.  Eventually, Marvin was ready for a change in careers as he had been working on cars since he was 16 years old.  He then went to work for the Washington County Sheriff’s Office on November 2, 1987 as a road deputy and graduated the POST Academy on December 17, 1988.

He is proceeded in death by his parents, his brother (Frank Howe) and his daughter Kimberlie Ann Evans.

He will be missed beyond measure! No words can adequately express the loss of our beloved husband, father, and grandfather! We love and miss you so much! RIP Dad, we will take it from here.

Please join us for a Celebration of Life to honor Marvin on Thursday January 6, 2022, at 1:00 pm at the Vendome located at 309 State Street in Weiser. Please feel free to share your experiences with or stories of Marvin.

Arrangements under the direction of Thomason Funeral Home.  Condolences may be sent to the family at www.lienkaemper-thomason.com

To send flowers to the family or plant a tree in memory of Marvin Williams, please visit Tribute Store