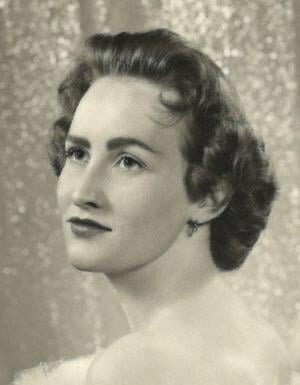 Rosalie was born in Ontario, Oregon to her parents, the late Lincoln and Marie (Snow) Kendall on June 20, 1940.  She lived her entire life in her beloved eastern Oregon.  Despite her travels, she often commented on how she never had any desire to live elsewhere.

On August 19, 1957, Rosalie married James Ronald Johnson; they were married for 60 years and had five children (Kimberly, Matthew, Shannon, Tracy and Stephanie) together.

Rosalie was not a “helicopter” (hovering) mother/mother-in-law/grandmother; however, this approach did not alter her love and affection for her family nor her expectation of a certain code of behavior.  She was always available in times of crisis and ever constant in her ability to mete out sage advice as well as soothing psyche and soul.

Being a farm kid Rosalie knew and embraced the ethic of hard work.  Aside from parenting children (four by the age of 22 and another by age 28), she also worked at various occupations outside the home.  At age 44 Rosalie began her pursuit of a degree in Education at Eastern Oregon State College.  She received her teaching certificate in 1988.   She initially taught in a multiple-grade classroom in Drewsey after which she joined the Vale School District and taught at both the Elementary and High Schools. Rosalie took pride in and enjoyed teaching.  She culminated her career as a Special Education Administrator for the Vale School District.

She is also survived by her sister-in-law, Sharon (Gerald) Findley, brothers-in-law, Joe (Wilma) Johnson and Gary (Anita) Johnson, as well as numerous nieces, nephews and cousins.

In addition to her husband Ron, and son Matthew, Rosalie was preceded in death by her parents, her in-laws George and Marjorie Johnson, her nephew Nathaniel Johnson and her beloved cousin Judy Chester.

A service will be held Friday, January 7, 2022, at the Vale Christian Church at 11:00 a.m. with a luncheon following.  Pastor Paul Karsten will officiate.  Interment will be at the Vale Valley View Cemetery.

The family would like to recognize our cousin Rita Miller for the special care and love she provided to our mother, Rosalie, during her life and most especially this past year.

To send flowers to the family or plant a tree in memory of Rosalie Johnson, please visit Tribute Store