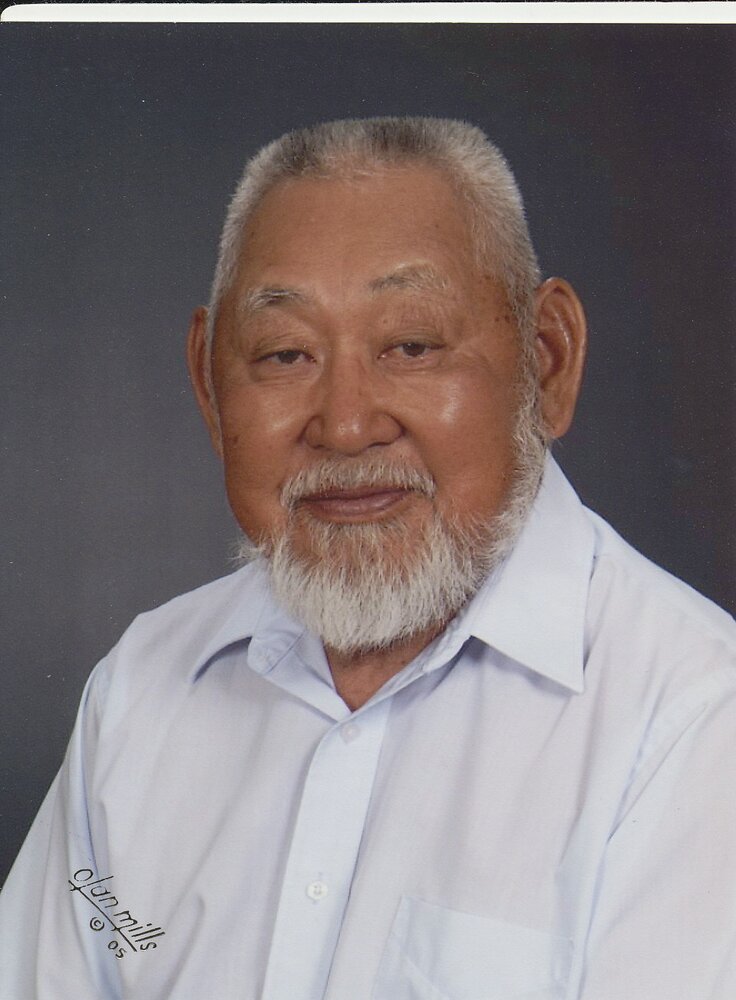 Terou Yano, 95, passed away peacefully at home with family by his side on the morning of Friday, November 26, 2021.  Terou was born on December 20, 1925 in Baker City, Oregon to Masayuki and Yoshiko Yano.  Terou was the middle brother of five boys.  The family lived their early years in the mountains of Whitney, Oregon, while their father worked on the Railroad.  In 1935, the family moved to Baker City, Oregon so the boys could attend a better school.  While in Baker, Terou enjoyed fishing in the mountains and following his father around who was a foreman on the Railroad.  Mostly, he enjoyed riding his horse around every day.  He also delivered newspapers to earn some extra money.  He enjoyed playing football in Junior High and High School. He was Vice-President of the freshman class and Captain of the football team.

After WW2 started, his father lost his job so the family left Baker City and moved to Ontario, Oregon in 1942.  He finished his last two years of High School and graduated from Ontario High School in 1943.  He loved football and continued playing in Ontario.  His favorite subjects were Math and Science and he also had an interest in Creative Writing.  He applied to go to college in Ohio.  After he received his admittance letter, he decided to follow some of his friends and volunteered for the Army.  In 1944, he went to Florida for Basic Training.  As part of the 100th Battalion, he then traveled to England.  From there he took a troop train to Southern France as a replacement to bolster the decimated ranks of the 442nd Regimental Combat Team.  Terou was a BAR-man (Browning Automatic Rifleman) and was assigned to Heavy Weapons D Company of the 100th Battalion.  In 2010, Terou was awarded the U.S. Congressional Gold Medal, the nation’s highest civilian award.

After the war ended, Terou developed a thyroid problem.  The Army sent him from Europe to Madigan Hospital at Fort Lewis, Washington where he had two Thyroid operations and spent 6 months in the hospital.  He was discharged from the Army in 1947 and returned to farm with the father and his brothers near Ontario.  He also started working at the Watkins Packing Shed.  Mr. Watkins was very kind to Terou and offered his land for Terou to farm.  This was a big help to him and one of the main reasons he was able to establish his farm.

Terou met Jane Yukiko Morishige and they married in 1953.  Although Terou was living in Oregon, he had to chase Jane down to California where they married in Los Angeles.  From there the couple drove north along the Pacific Ocean and enjoyed the beautiful scenery such as at Pebble Beach.  They eventually made it back to Ontario.  They farmed together, raised five children and shared 68 wonderful years filled with many blessings.  After getting married, he focused on the farm and the family.  He enjoyed the farming lifestyle and he always made time to take the family on trips like the Oregon Coast, Disneyland and to Wallowa Lake.  Whenever he could get away from the farm irrigation, he would take the family on fishing trips.  He always enjoyed having his dog by his side.  Later in life, his favorite pastime was sitting in his chair outside under the hot sun where he could read the newspaper and enjoy seeing his farm.  Through the years, Terou kept his faith in God.  He will be remembered as a hard worker, kind and generous man.  He usually had a smile and always had a big heart to help others.  He was happiest when his children or grandchildren came to visit.

He is survived by his wife, Jane, and their five children:  Greg Yano (Shelley), John Yano (Kathleen), Kimi Lee (John), Will Yano and Kris Yano (Tara).  Also surviving are grandchildren, Sarah Petersen (Nate), Baili Harrison (Ian), Dakota McIntosh (Kody), Keegan Yano (Kayleen), Tasha Yano, Calvin Yano, Jordan Yano, Jamie Kellar (Mark), Rebecca Torske, Vincent Lee (Sabrina), Shawn Lee, Kayla, Treya, and Aliya Yano and Roxy Bella LaFerriere.  Also, several great grandchildren, numerous nieces and nephews, and two brothers, Shero Yano and Hesa Yano.  Terou was preceded in death by his parents, Grandson Michael Yano and brothers, Mas Yano and Yukio Yano.   The Yano family would like to extend our sincere gratitude and heartfelt thank you to the Fruitland Davita Dialysis Center and all their staff.  They all kept him smiling, joking and most of all, comfortable during his six years of Dialysis Treatments.  We would also like to thank Canyon Home Health and Hospice for their professional and compassionate care and keeping him comfortable during his last days.

To send flowers to the family or plant a tree in memory of Terou Yano, please visit Tribute Store