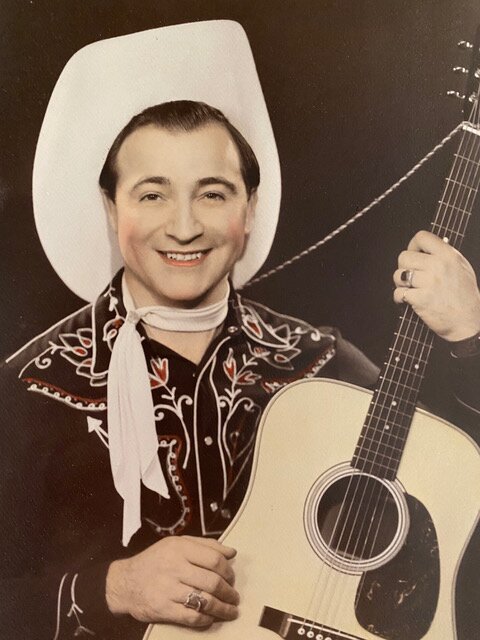 Orval Ervin Fochtman Orval Ervin Fochtman, a loving husband and father, passed away at his home in Weiser with family by his side on November 15, 2021, at the age of 93. Orval was born on April 27, 1928 in Callaway, Nebraska to John and Letha Fochtman. He grew up in Nebraska until the time that his family moved to Weiser, Idaho. While in Weiser, he learned many things with one of them being playing the guitar along with discovering his singing voice. That led him to becoming the lead singer for the famous “Snake River Outlaws”. The Snake River Outlaws would become well known in the Northwest as well as all over the west coast. The Snake River Outlaws recorded a couple of albums and played live every Saturday night from the Sunshine Bar on the corner of Woody and Alder in Missoula and were broadcast live on KXLL radio. The band had formed in Weiser, Idaho, in 1951 and toured regularly around the Northwest, but it was Missoula that became its home for years beginning in the spring of 1953. It was there where he found the love of his life, Norma. A little red headed firecracker! They were married on May 4, 1954 in Coeur D’ Alene, Idaho and had one daughter, Sheri. Along with Norma’s daughter, Suzette, they moved to Weiser, Idaho where they remained throughout the rest of their lives. Orval was always there helping anyone that needed assistance with one of his many talents and skills. He became a very talented carpenter making anything from a birdhouse to building his own home. He always put smiles on all the family’s faces as he sang and played his guitar whenever we would get together. What wonderful memories that he left us all with! Orval was preceded in death by his parents, John and Letha; his wife, Norma; and 11 Siblings. He is survived by his daughters, Sheri Alvarado and Suzette Panike; grandson, Craig Panike; granddaughters, Michelle Goodworth, Natalie Rast, Terra Legg, Amber Moore, and Mariah Garrett; 25 great-grandchildren and 23 great, great-grandchildren. A graveside service will be held on Monday, November 29, 2021 at the Hillcrest Cemetery (Weiser) under the direction of Thomason Funeral Home at 11:00am

To send flowers to the family or plant a tree in memory of Orval Fochtman, please visit Tribute Store