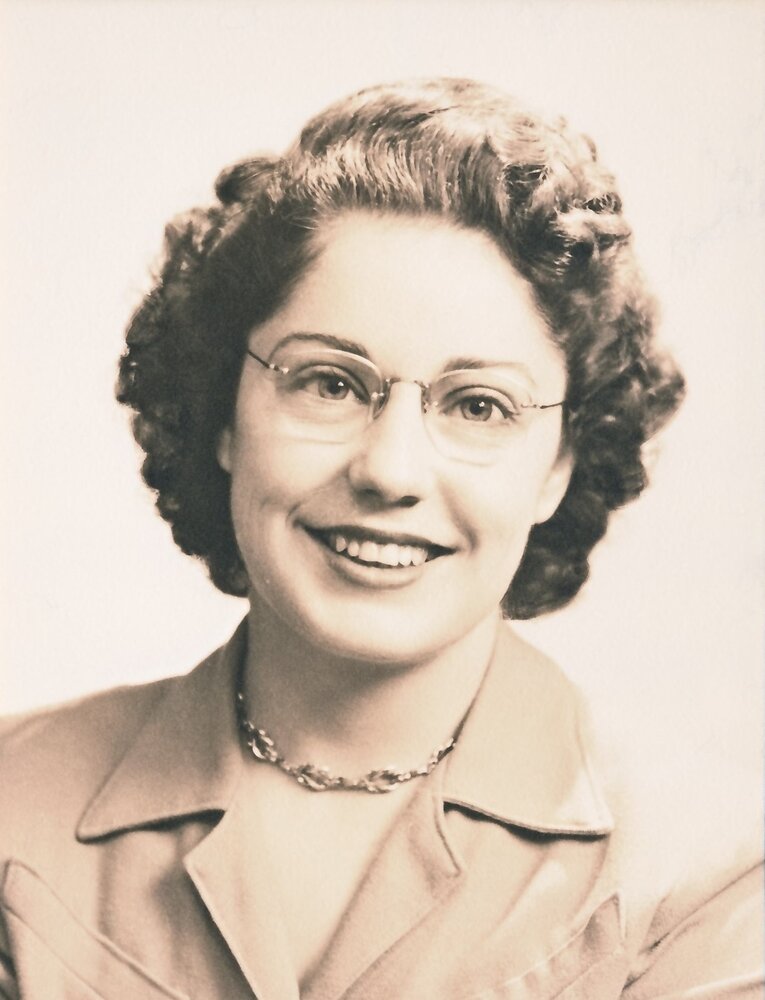 Eleanor Topliff, age 100, passed away peacefully Tuesday, November 16, 2021 in Nyssa, Oregon of natural causes.  She was born February 25, 1921 in a farmhouse near Tracy, Minnesota, along with her twin, Howard, to parents Harry Edgar Warren and Olga Burmeister Warren.  Eleanor weighed less than 2 pounds, and was not expected to survive.   She was sheltered in a box on the oven door and fed with a dropper.  Her larger twin brother did not survive, but Eleanor did.

Eleanor experienced many world changes during her 100-plus years.   Throughout her entire childhood in Minnesota, there was no electricity on any of the Minnesota farms where she grew up.  In order to tend to livestock during windy winter blizzards, they had to tie a rope from the house to the barn.  They would follow the rope through the storms to their barn and back.  During her younger school years, Eleanor rode on horseback with her older sister Edith to the country school house, which had a barn next to it for the horses.  By 7th or 8th grade she continued her schooling in town, since her sister drove to high school in Tracy, using their family car.  In winters, they would stay with a family friend in town, because weather was such that they couldn't get to school otherwise.  Eleanor started learning the violin in preparation for joining the high school orchestra.  She did well in school, and was chosen by her teachers to compete in regional spelling bees.

Eleanor's faith was always important to her.   From a young age she attended church with her family in Minnesota, and that was the first church she joined.   Eleanor's family regularly visited relatives in other parts of Minnesota and Iowa.  She enjoyed time with her many aunts, uncles, and cousins, their singing sessions around the piano, and all the outdoor activities, like ice-skating in winter, back-yard carnivals and lake-swimming in summer.

When Eleanor was a sophomore in high school, her family moved from Minnesota to Idaho's Treasure Valley, which she thought was the best place in the USA.  They first moved to a farm 3 miles uphill from Roswell, where she walked to school and back each day.  Eleanor graduated from Roswell High School in 1939.  Between school, church, and working in local fields, she gained many friends in this small community.

Eleanor then furthered her education at Link's Business College in Boise, Idaho.  In June 1942, she was initiated into Alpha Iota sorority.  After graduation, she worked a few years as secretary at the University of Idaho Extension Office in Boise.  She loved her job there, and later took a higher paying job at Idaho First National Bank, on the main floor loan department.  During her college years in Boise, she lived with a family on Warm Springs Avenue, working for her room and board.  After graduating, she shared apartments with other business women, who became lifelong friends.  In addition to her full-time jobs, she also participated in church organizations, clubs, travels with friends, weekend visits to her parents' and sister's farms, movies, bowling, group retreats and camping.

In September 1946, at a young people's Labor Day Retreat church camp near McCall, Idaho, Eleanor met Irvin Topliff of Nyssa.  Eleanor was one of the elected officers of the group.  After the retreat, Irvin began regular trips to visit Eleanor in Boise and at Eleanor's parents farm, which by then was in Parma's Ten Davis area.  Not long after they met, Irvin asked Eleanor to be his wife.    The next year, on Oct. 4, 1947 they were married at the First Methodist Church in Boise.

After their marriage they first lived on a ranch at Ola, Idaho.  Then in December 1949 they moved to the former Topliff farm on Mendiola Road near Adrian, Oregon, where they made their home for over 65 years, raised 3 children, farmed various crops, owned dairy and beef cattle, and other livestock.  Eleanor was the business manager of the farm, and also helped with the day-to-day farm labor.  She excelled at canning and freezing, and fed her family from their garden, orchard, berries, cattle, chickens and eggs.

Eleanor participated in many church and community activities.  She was a Sunday school teacher, a 4-H leader, and a school volunteer.  After her three children went off to college, she took painting classes, and especially enjoyed painting landscapes, flowers, and outdoor scenes.  She also enjoyed camping and traveling with Irvin, friends, and relatives.  They got to see most of the USA, and several provinces of Canada.

Eleanor and Irvin lived on the Adrian farm until 2015.  At the age of 94, she and Irvin moved to Nyssa Gardens assisted living facility.  They shared the apartment there together until Irvin passed away in August 2020.  They had reached their 72nd Wedding Anniversary the year before.  After nearly 73 years together, Eleanor greatly missed Irvin during the last 15 months of her life.  They are now together again.

Eleanor's family would like to thank the entire Nyssa Gardens staff, and the Encompass Hospice staff, especially Travis Marques.  They also wish to thank all those special Adrian/Nyssa community members who were so helpful and became such a large part of her world for so many years.

Cremation and arrangements will be provided by Lienkaemper Chapel, Nyssa, Oregon.  A memorial service will be delayed until next spring.  Memorial contributions may be made to Adrian Community Church, P.O. Box 227, Adrian, OR  97901.

To send flowers to the family or plant a tree in memory of Eleanor Topliff , please visit Tribute Store

Share Your Memory of
Eleanor
Upload Your Memory View All Memories
Be the first to upload a memory!
Share A Memory
Send Flowers
Plant a Tree