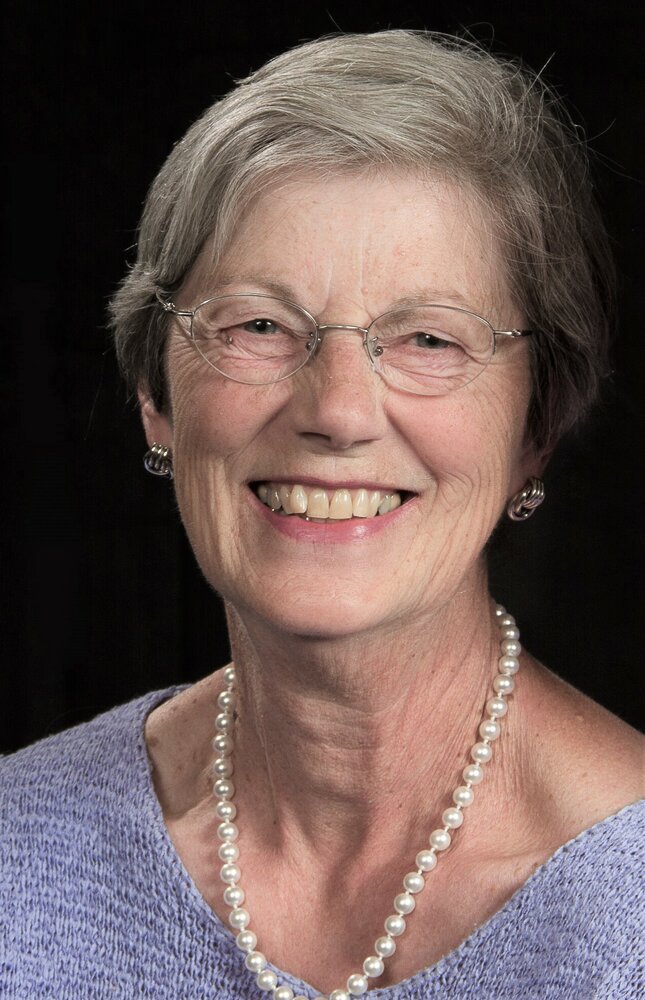 Janelle Phylis (Neiger) Seward, died peacefully in her sleep Tuesday November 3, 2021 in the early morning hours. Janelle had been debilitated by Alzheimer’s for the past 7 years, though she had been plagued by dementia for many years prior.  Though her family are missing her, they are rejoicing that Janelle is no longer confined by her body, rather she is in the presence of her Savior, Jesus Christ in Heaven.

Janelle was born June 5, 1946 in Tillamook, OR to Ulrich and Alice Neiger. Janelle was the youngest of 3 children. Her sister Barbara is 14 years older and her brother Rex is 10 years older.  Her mother always assured her that she was Not a mistake, but planned for in spite of the large gap in ages.

Janelle met the love of her life during her senior year of high school.  She and a friend, Shirlee Smith attended a revival service together. Shirlee’s cousin, Virgil Dean Seward, was in the choir, from his spot on the platform, he could see the young lady with Shirlee, and he was anxious to meet that dark haired beauty.  Shirlee introduced them after the event and they began dating soon thereafter. Dean went home that night and wrote that he had just met the girl he was going to marry. Janelle attended a secretary trade school in Salem Oregon, right out of high school as her mother told her she could not get married until she had completed 1 year of schooling.  It was a ploy to ensure that their love was strong enough to endure, which it was. She actually did not finish her year, as she came home at spring break to plan her wedding. She and Virgil Dean Seward were married August 8,1965. They had a wonderful marriage that endured for 56 years. They were blessed to have two girls; Rhonda & Marci. The pair most enjoyed camping with family and friends. Many memories were made on their camping trips in Oregon, Canada, Idaho, Washington & Wyoming. A family tradition that was born early after their girls were married, was “Family Camp”. The pair also read many books together, taking turns reading to each other.

Janelle loved God with all of her heart. She dedicated many years of her life to serving God in many ministries.  Janelle (and Dean) attended the First Church of the Nazarene in Ontario, OR for their entire married life. She taught Sunday School to the 3-4 year olds for many years.  Once her girls were involved in Caravan, a scouting program, she became a leader and led many years as they both completed the full course; taking groups on campouts, pinewood derby events, talent festivals, and helped to complete projects in order to earn each badge.  She (and Dean) also helped at 3-4 grade Girl’s Camp for 6-7 years, she was always in charge of the daily arts and crafts and outdoor cooking.  Janelle was involved in the Women’s Ministry in her church for many years; leading Bible Studies & planning Mother Daughter Teas, or inviting special guests to come and speak. Janelle devoted many years and many hours to the study of God’s Word.  She attended Bible Study Fellowship in Caldwell, ID for 6 years. Then took a break while she led Precept Ministry Studies in her church for about 10 years.  Then she returned to the Caldwell BSF class where she joined leadership as a Group Leader for 12-15 years.  She was forced to quit BSF once her memory began to fail her.

Janelle was a talented seamstress. She made many articles of clothing for herself as well as her family.  Many dresses, shorts, t-shirts, even a suit for Dean.  She also made a wedding dress for each of her girls.  In her 60’s she became interested in quilting.  She made many quilts, the most important were those she made for each of her grandchildren.  She pieced 8 quilts for her grandchildren to receive as a graduation gift.  Nellie, as the kids called her, was able to piece squares for every quilt. Her lifelong friend, Gail Nelson graciously stepped in to complete those Nellie was unable to finish. They are a treasure to each child.

An Interment Service will be held at the Parma Cemetery at 2:30 PM.

A Memorial Service will follow to celebrate Janelle’s life, at the First Church of the Nazarene, in Ontario OR at 4:00 PM. A dinner will immediately follow. The family invites all guests to join them at the dinner.

To send flowers to the family or plant a tree in memory of Janelle Neiger-Seward, please visit Tribute Store

Share Your Memory of
Janelle
Upload Your Memory View All Memories
Be the first to upload a memory!
Share A Memory
Send Flowers
Plant a Tree