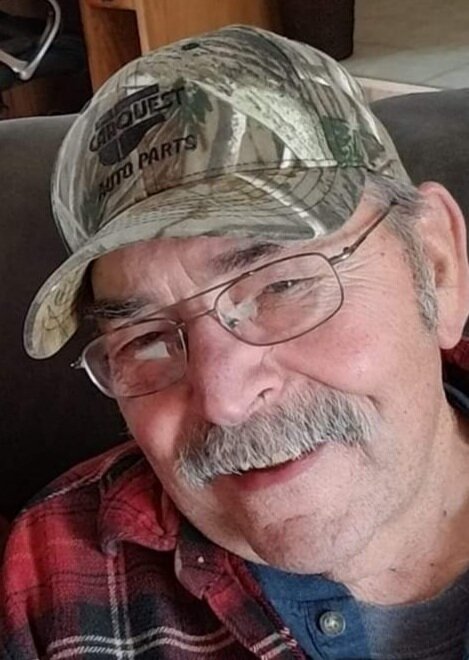 John Russell Holliday was born August 13th,1940, in Dayton, Ohio. After 81 years on this earth he joined his parents, Russell and Clarys (Sutton) Holliday, in heaven on October 27, 2021. His body was tired but not a victim of Covid.

John was a jokester who loved the Lord with all his heart. He echoed this love to everyone and made each feel special. He excelled in athletics throughout his youth; playing hockey and football until he graduated high school in Michigan in 1958. He then enlisted in the Army where he continued his football career until he was honorably discharged in 1962. He completed his degree for Cooling & Refrigeration from Ferris State in 1966. The adventure didn’t stop there – it was, in fact, just beginning.  One day as he was stuck in a traffic jam in Detroit, he looked up at the Marlboro man billboard and became inspired to be a cowboy. He went home, packed up his family and headed West, eventually landing in Ontario, Oregon. He attended Treasure Valley Community College and majored in Agriculture. He later met and married his wife Janice in April of 1975. A husband, provider and TV hog of 46 years, Janice will miss his laugh but enjoy discovering there are more channels than ESPN.

His older sister Judy (Holliday) Chervenak is left with the memories of her ornery little brother and the laughs and love they shared. His siblings-in-law, Dennis and Diane McCrady, Connie and Don Bullard, Frank and Cheryl McCrady, Mike McCrady, Myron and Leila McCrady, as well as many nieces and nephews  will cherish the good times shared. He loved his three children and adored his seven grandchildren beyond measure. His daughter Stacy (Fenton), husband Mark and their children Tyler and Abbey; son Scott, wife RoseAnna and their children Christian and Kevin; his son Jodi, wife Teri and their children Lacy, Mitch and Gabby, will all find peace in their memories of the headstrong yet loving man  they called Dad, Grandpa and Papa. His hugs will be felt and laughter will be forever heard as his legacy is passed on through an argument over Boise State games yet to come.

John enjoyed athletics in all forms, whether he himself was playing, spectating his children and grandchildren, or watching on the television. He was always smiling and happy to help anyone who showed need. He found a day on the green or watching a game on the screen both refreshing - just don’t forget the beer. A dedicated ranch/farm hand, he worked for several families in the Harper, Westfall, Vale and Nyssa area until his body begged him to stop. He, of course, didn’t stop completely and went to work for the Farmers Supply Co-Op in Vale until he finally retired (or maybe he was asked to please stop working….) He refused to let his Co-Op family go and continually brought maple bars every Wednesday until he couldn’t. John was a great man who was truly enjoyed by everyone he encountered.

He will be missed by many but forgotten by none. Cheers, Papa.

John’s Celebration of Life will be held at a later date. In lieu of flowers the family asks you to please continue the Wednesday maple bar delivery to the Vale Farmers Supply Co-Op. :)

To send flowers to the family or plant a tree in memory of John Holliday, please visit Tribute Store