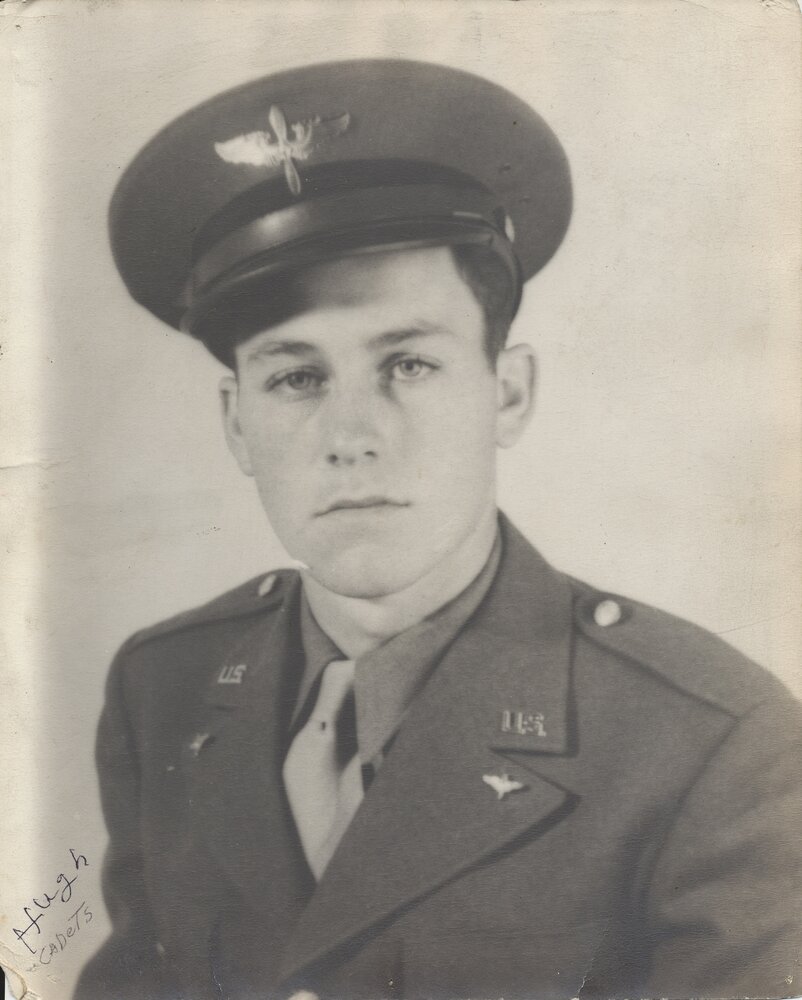 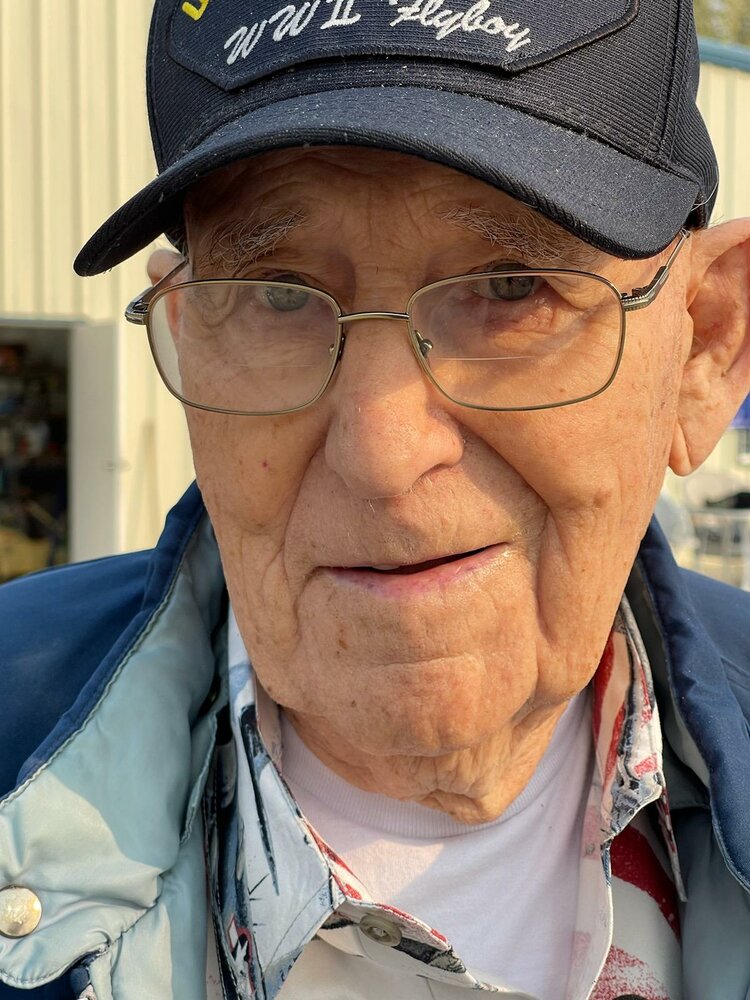 An amazing man, hero, Dad and Grandad passed away peacefully in Weiser, ID on October 1, 2021, at 97 years old.

Hugh was born October 27, 1923 at #2 Canyon Wenatchee, WA, the 3rd child of John Samuel and Grace Mae (Lathrop) Mayse.  His father died of an accident, logging thier homestead, when Hugh was 11 weeks old, and soon the family moved to Spokane.  He graduated high school and moved to Seattle when he was 18, to work at Boeing.  When WWII began he could not enlist until he had his all female crew trained to build the planes the war effort needed.  He entered the Army Air Corp March 1942 and became a nose gunner.  He returned to Boeing and retired in 1985, as a lead flight line mechanic.

He married Betty Jean Stevens in 1950 and had 2 children, a daughter and later a son who died at 3 days old.  He later married Marguerite Dora Stowe and they were together 37 years until her death November 28, 1993.  In 1995 he moved to Weiser to be close to his daughter.

Hugh enjoyed fishing, hunting, collecting coins, horse races, trips to Hawaii, Canada, and Reno, and especially his family and friends.  He was proud of being a private pilot, planting the now hugh tree around the main fountain near the Space Needle for the 1962 Seattle World's Fair, which is now the Seatle Center. He was a lifetime member of the VFW, and an officer in the Weiser Elks BPOE #1683.  He was also very proud of his Honor Dream Flight in a Boeing Stearman Bi-plane on August 16, 2021, which was broadcast on KTVB's "The 208", picked up on  Youtube and had over 100,000 views.

Graveside services will be held at Hillcrest Cemetery in Weiser, on Wednesday, October 6, 2021 at 2pm

We want to thank The Cottages in Weiser for their loving care, Weiser Memorial Hosptal, Pastor Steve Penner, Encompass Health and the Ladies of the Elks.  In Lieu of flowers I think Dad would have requested a donation to the Weiser Community Church or Weiser Elks Lodge scholarship fund.

To send flowers to the family or plant a tree in memory of Hugh Mayse, please visit Tribute Store