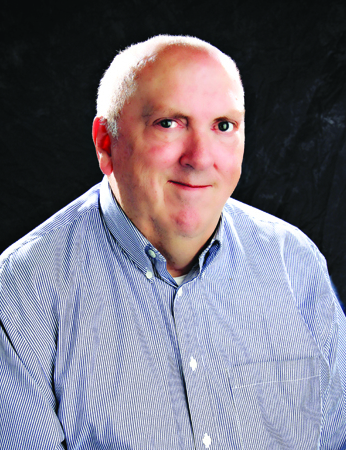 Larry Meyer passed from this life and went to be with his Lord and Savior, Jesus Christ, on Wednesday, September 29, 2021, in Boise, Idaho, after a brief illness. Larry was born to Harlan and Edna Meyer on July 10, 1953, in Klamath Falls, Oregon. He joined two sisters, Janine and Christine, at their family’s farm near Tulelake, California. Two years later, his family moved to a farm near Summerville, Oregon. A year later, his sister Cora Lee was born. In 1960, the family moved to the Ontario area and then to Nyssa in 1962. Larry attended schools in Imbler in Ontario, Oregon, and graduated from Nyssa High School in 1971. After graduating from high school, Larry attended Multnomah School of the Bible in Portland, Oregon. He then returned to live in Nyssa and has lived there since that time. Larry’s dream was to become a news reporter. From the time he was in middle and high school, Larry loved watching and listening to the news. His dream became reality when he was offered a job at the Ontario Argus Observer in May 1977. Larry loved to interview people and learn their stories. He was always asking questions, wanting to learn more and to flesh out the details of what he observed and learned. He loved putting those stories into print and sharing them with newspaper readers. He loved Nyssa, Ontario, and the wider Treasure Valley community and being able to share stories about the people who lived there and the events in their lives. He was very honored that the Nyssa Chamber of Commerce named him as Citizen of the Year in 1999, and the Ontario Chamber of Commerce named him as Man of the Year in 2008, in recognition of his efforts to tell the stories of these and the surrounding communities. Larry was met in heaven by his parents, Harlan and Edna Meyer. He is survived by his sisters, Janine Weeks, Chewelah, WA, Christine Meyer, Bakersfield, CA, and Cora Lee Taylor, Boise, ID. He is also survived by his nephew, Jeremey Weeks, and Jeremey’s children Amber, Landi, Jamie, and Lexi. Services for Larry will be on Monday, at 2:00 PM, at the Nyssa Baptist Fellowship Church in Nyssa, OR.

To send flowers to the family or plant a tree in memory of Lawrence Meyer, please visit Tribute Store