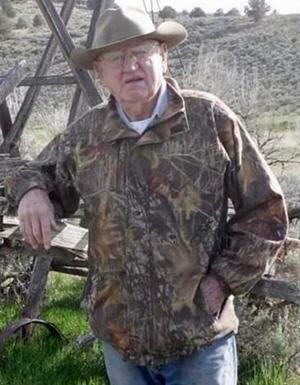 Joe attended grade school and high school in Vale Oregon. He excelled in football, baseball, and basketball. When he was not busy with school or sports, you would find him hunting and fishing. Joe served in the army and fought in the Korean War.

Joe married the love of his life Maxine Lois Wirth on September 3, 1960. He and Maxine were married until her death on October 18, 2009.

Joe worked on many ranches and in construction, and owned Lawrence Logging from 1976-1984. He sold his logging operation to his son Pat Browning, with plans to retire. After a short time he became bored with retirement. He then started subcontracting through Pat, piling brush, as well as logging salvage sales. He finally retired for good in 1990.

Joe was an avid hunter, fisherman, and trapper. He trapped through 2019 and was still skinning coyotes until 2020. Joe was one of a kind. He was hardworking, honest, loyal and fair. He was a true friend, confidant, role-model, and hero to many. He fiercely loved all of his children and grandchildren.

To send flowers to the family or plant a tree in memory of Joseph Lawrence, please visit Tribute Store