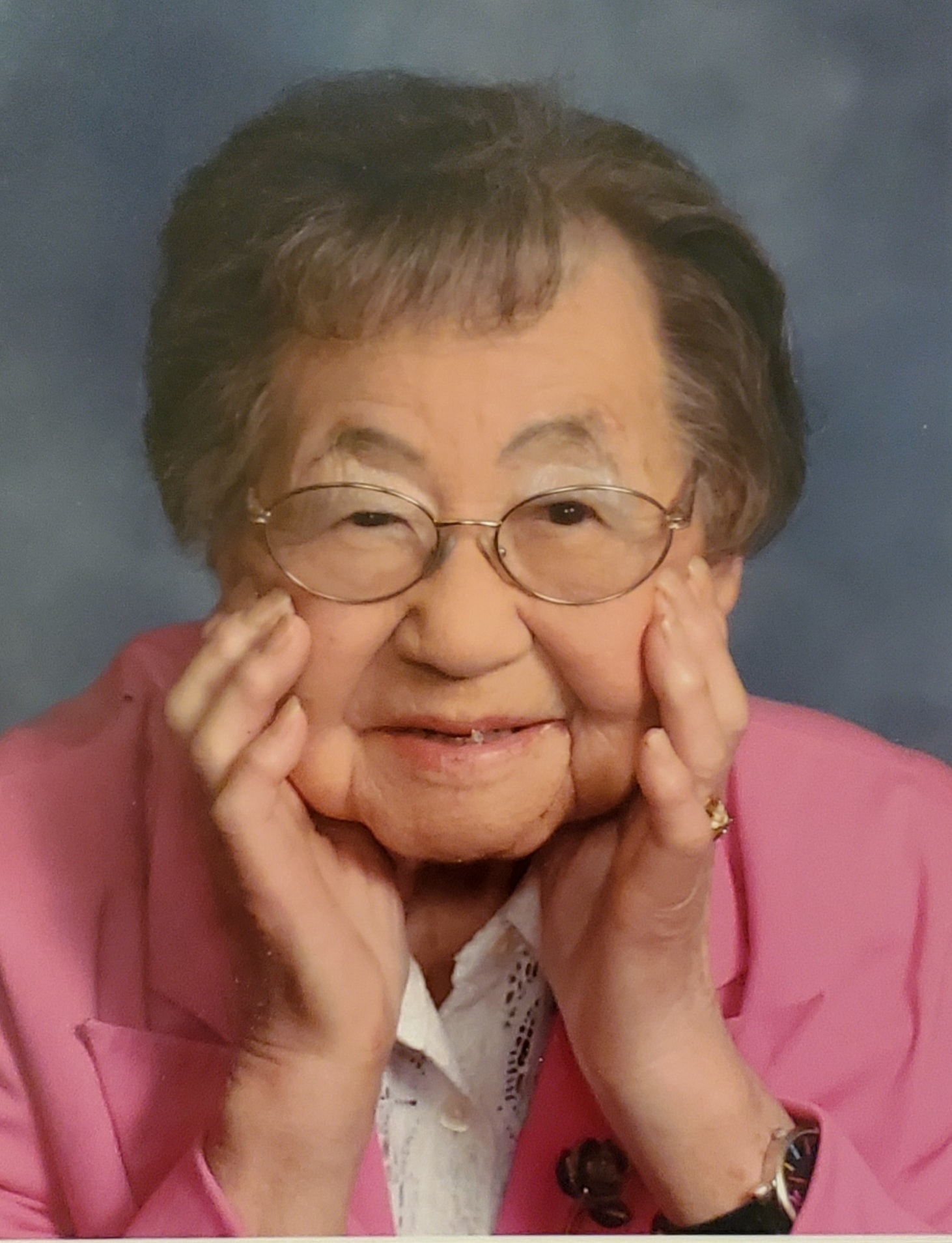 Dorothy Kikue Yamaguchi passed away peacefully on August 26, 2021, at a local hospital at the age of 91. She was born December 9, 1929, in Auburn, WA, to Masajiro & Sumiko Terashima.

Dorothy was one of eight children. She was the middle child in the family and cared for her 3 younger siblings after her mother passed away when she was only 16. During WWII her family was sent first to the Portland Assembly Center and from there to Minidoka, ID.

After the war her family relocated to this area where she graduated from Ontario High School. One story mom told about her dating our dad was they met on a blind date and that he farmed in the Cairo area and mom lived in Weiser. For their dates dad would drive to Weiser, pick her up and go to Ontario for the date, then after he would drive her home to Weiser, then drive back home. They were married on January 29, 1948.

Mom was a waitress at the Oriental Cafe, bookkeeper for dad's wheel and frame alignment business and until she retired, she was the oriental foods purchaser at Red Apple Marketplace.

She was a member of the Idaho-Oregon Buddhist Temple and involved in the Women’s Association as treasurer and membership chairman for over 20 years. She was always involved in the church activities such as the Obon Festival, bazaar, manju making, chow mein making or any other projects when needed. Her chow mein recipe was the one used for the church bazaar every year. Mom loved to garden, crochet and watch her grandson in all his various activities. She was also a great cook and could make many wonderful Japanese dishes.

She was preceded in death by her parents, sisters: Rosie Nomi, Mary Yokoyama, and Florence Fincher, brothers: Hank and Frank and. her husband, Elmer and son-in-law, Keith Wood

She is survived by her daughter, Delores Wood, Ontario, OR and son, Roger Yamaguchi (Christine), Eugene, OR. One grandson: Joseph Yamaguchi., Eugene, OR, Two brothers, Dick Terashima, Caldwell, ID and Ron Terashima (Vicki) Boise, ID And many nieces and nephews.

Mom, we love you and miss you so much. Now you and dad will finally be together again.

A private family graveside service will be held at Evergreen Cemetery

We would like to thank all the nurses on the second floor of the hospital for all the care they gave to mom in her final days. Also, many thanks to Dr. Gering and his staff at Heart and Home Hospice.

To send flowers to the family or plant a tree in memory of Dorothy Yamaguchi, please visit Tribute Store