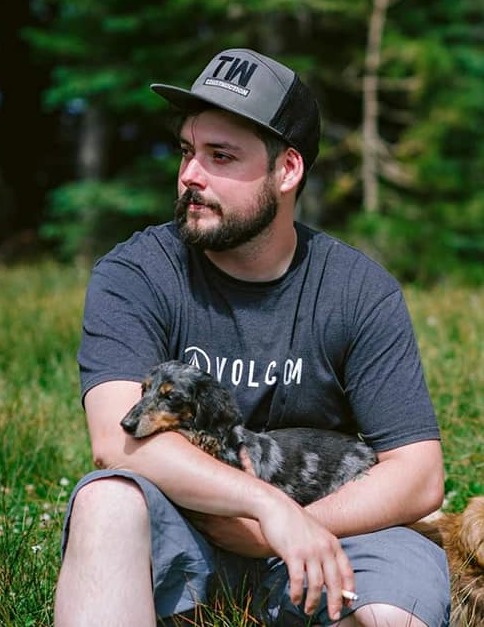 Steven Daniel Kerpa, 31, Ontario, passed away unexpectedly on August 26,2021. Steven was born November 5, 1989 to Carrie (Kerpa) Hines. He resided in Nyssa, Vale and Ontario. Steven attended the Nyssa School system from Pre-school to his freshman year; He later transferred to the Vale School system to complete his last 3 years of schooling. Steven loved to go hiking and camping in the great outdoors. One of his favorite places to visit was the Sacajawea Hot Springs. Steven loved everyone he came in contact with, he had the biggest heart for everyone and wanted the best for everyone. He had a generous heart for the homeless and broken, as he would say “That could have been me.” He held numerous jobs in the food service industry including cook at Bargaritas and bartender/waiter at Fiesta. He adored his Grandparents “Gaggy” and “G” Kerpa, his uncle “Nerd” (Kenny Kerpa), and his true love and soul mate “Baby Lady” (Jean Schiemer). Steven was proceeded in death by his Gaggy Kenneth Kerpa Sr. and brother William Hines. He is survived by his Grandmother Judith Kerpa of Ontario, mother Carrie Hines, step father Alan, brothers Michael Jones (Janela) of Nyssa Oregon, Kristopher Hines Vale, Oregon, Jordan Jones (Becky) of Adrian Oregon, and sisters Alayna Hanson (Richard) of Ontario Oregon, Ashley Hernandez El Paso,TX, Sara and Rebecca Hines (Vale), and Jennifer Jones of Nyssa as well as his uncle Kenny and aunt Ofelia (Phil) Kerpa of Ontario Oregon and their 2 children KenKen and Julie. Celebration of Life will be held September 6, 2021 at 4:00 p.m. at the Nyssa Christian Fellowship.  Arrangements by Lienkaemper Chapel, Ontario.

To send flowers to the family or plant a tree in memory of Steven Kerpa, please visit Tribute Store
Monday
6
September