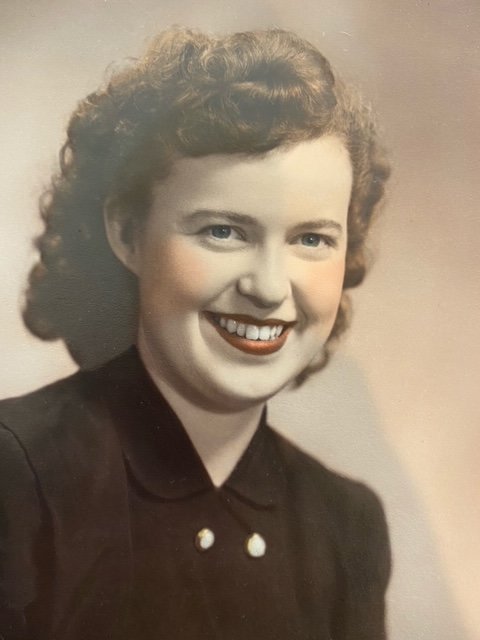 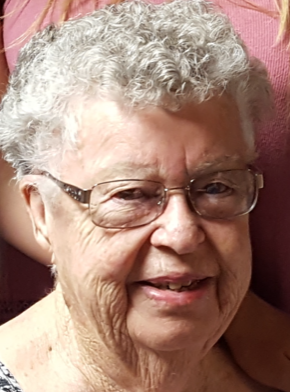 Barbara June Ledridge-Gipson, 94 of Harper, OR died Wednesday August 11th, 2021 with her family at her side.  A Graveside Service will be held August 19th at 11am in Caldwell, ID at the Canyon Hill Cemetery.

Barbara (JUNE) was born June 27, 1927 the 4th of seven children to Princess and Samuel Owen Ledridge in Haines, OR.  She always claimed that after she was born she was strapped to a suitcase and sent down the hill to town to be checked out by a doctor that lived next door to her aunt.  Barbara was called June from the time she was little.

June’s younger years were spent in Haines, OR until she was school aged and then the whole family moved to Island City, OR.  It was a great treat according to June being able to live down the street from her grandfather’s flour mill.  June and her sister Jean, loved to go there often.  The children loved to ride the family horse to and from school with all of the siblings taking turns riding, occasionally stopping to fish on the way home.  She often talked about how they grew everything from, chickens, ducks, geese, turkeys, pigs, you name it, anything to feed their family and help make a little side money.  She graduated from LaGrande High school in 1945.

Barbara June worked for the local telephone company and loved to roller skate.  The local Roller skating rink is where she met her future husband Roy N. Gipson.  They were married March 18th, 1949 in Union, OR.  Roy and June were married for 69 years until his passing.  They soon moved to Corvallis, OR for Roy to finish his degree at Oregon State University.  They then moved to LaGrande, OR where they had their first child Carol June (Gipson) Griffiths, December 21, 1950.

Roy and June moved again and homesteaded in Soap Lake, WA.  On December 3rd, 1951 they welcomed their second child, Walter Franklin Gipson.  June worked her tail off raising the two kids and making their place a home and a working farm in Soap Lake.  She could shoot rattlesnakes with the best of them and garden like no other.

Their next move was to Shoshone, Idaho where June was able to stay home with the kids as Roy took a job with the U.S. Government as a farm home Agent.  They then landed in Caldwell, ID and lived there 30 + years.

In Caldwell, since Carol and Walter were in school, June went to beauty school.  Upon her completion of beauty school from Razzle Dazzle, she was so good that they asked her to became an instructor;  she taught in Nampa and Fruitland, Idaho.  After a few years, they built a beauty shop for June in her home!  June loved being a beautician and always had a house full of clients.  June was also very active in the BETA SIGMA PHI chapter in Caldwell and JOBS daughters.  When she wasn’t chasing kids or doing hair June was an amazing seamstress and made most of her kids clothing all through high school and for their weddings.

June was a beautician for 25 years and then retired to help manage their 40+ rentals, manage the cold storage and fruit stand at their orchard and play golf in her spare time.   They then moved to Nampa, ID where they lived in a retirement subdivision for several years and had so much fun with many great friends.  When their health began failing, they moved to Vale, OR in 2014 to be closer to family.

After retiring June was overjoyed to take a trip of a lifetime with her sister Jean back to Kentucky to explore and meet with family from her father’s side.  She and Roy also took a couple of Cruises to Alaska, a trip to Cabo San Lucas and she loved to ride the travel buses to visit family and friends.

June, “ Grams”, traveled many a mile to attend as much as possible for all of her grandchildren’s activities and events.  She continued that tradition with her great grandchildren.  She didn’t know a stranger and taught all of us the meaning of LOVE!!!

To send flowers to the family or plant a tree in memory of Barbara Ledridge-Gipson, please visit Tribute Store