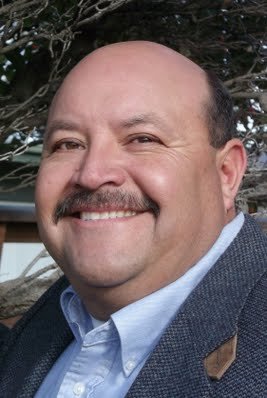 Oscar Gomez Martinez, 58 of Nyssa, Oregon passed away Saturday, July 31, 2021 at home after fighting a courageous battle with cancer.

Oscar was born November 8, 1962, in Piedras Negras, Coahuila, Mexico, the son of Jesus and Benita (Gomez) Martinez.  When he was 3 years old, his father moved the family to Ontario, Oregon.  He attended Ontario schools and graduated in 1981.  Oscar married Amy Sarazin in 1994 where they each brought a child to the marriage Tara and Ty and in 1995, they had Sarah to complete their blended family.

Oscar started in law enforcement in 1986 and retired from Malheur County Sheriff’s office in 2014.  He then went to work for Oregon Department of Corrections at the Snake River Correctional Institution where he worked up until his death.

During his time with Malheur County, he served on the Malheur/Harney County Drug Task Force, was a fire arms instructor and served as the civil deputy where he made many lifelong friends.

In his spare time, he enjoyed studying and later teaching Kajukenbo martial arts and he had his own school in Vale, Oregon.  He also enjoyed his Harley, Jeep and Rzr and all the adventures that each of these brought many friends he made. He also enjoyed cheering on his Boise State Broncos, watching John Wayne (and other ‘Spaghetti Westerns’), and visiting the Oregon Coast.

Oscar is survived by his wife Amy of Nyssa, daughters Tara Lopez and Sarah Cisneros (Alex) all of Ontario, son Ty of Boise, Idaho, siblings Jesus Martinez, Jr and Daniel Martinez of Midland, Texas, 13 grandchildren and numerous nieces and nephews.

He was proceeded in death by his parents, sister Bertha and brother Arturo.

Services will be held Saturday August 7th at 10 A.M. at the Nyssa High School Auditorium, Nyssa.  Interment will follow at Hilltop Cemetery in Nyssa. Condolences can be made to the family at www.lienkaemper-thomason.com

To send flowers to the family or plant a tree in memory of Oscar Martinez, please visit Tribute Store