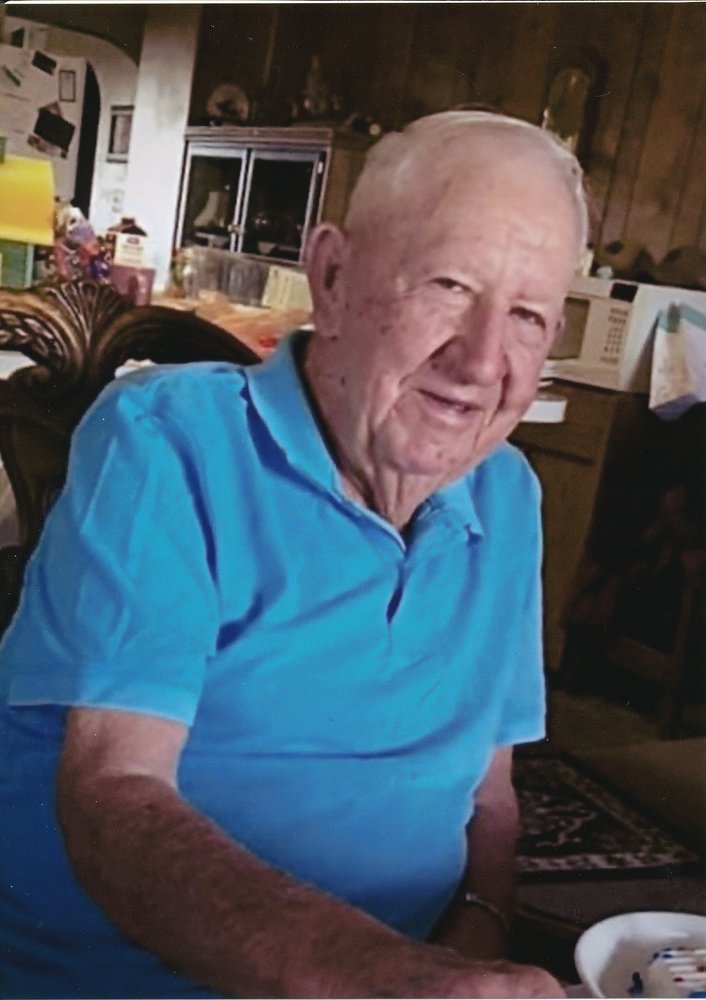 Billy Joe Richesin 89, of Nyssa passed away July 15, 2021, at his home, with his family by his side. Billy was born in Bear Creek, Arkansas, April 22, 1932 to Bert and Eula (Honeycutt) Richesin. Bill’s family moved from Arkansas as a child, and then ﬁnally settled on a small farm in Apple Valley, Idaho. Summers were spent horseback riding, ﬁshing, hunting, and swimming in the Snake River with Friends. Bill attended school in Apple Valley and at Parma High School. He participated in FFA and boxing. After High School, he drove trucks for various packing sheds and worked at the Amalgamated Sugar Factory. He met the love of his life, Marilyn Ekanger, and one year later, they were married on January 1, 1953. He was then drafted to serve in the U.S Army during the Korean War, two weeks later. Bill served in the Army for two years, and was honorably discharged on January 15, 1955. He returned home with his wife and 3-month-old son to begin a career as a farmer growing various crops and cattle. He actively farmed until 2019. Bill loved farming. Bill loved the Lord and was a member of the Owyhee Community church. Bill loved his family and they all enjoyed hunting, ﬁshing, and rodeos. His wife and children cannot imagine a better husband, father and grandfather. Bill is survived by his wife of 68 1/2 years, son Brent, Daughters Linda Kurtz, Sonya (Rob) Maag, a sister Nell Franklin, 4 grandsons, 1 great grandson, 2 great granddaughters, and numerous nieces and nephews. He was preceded in death by his parents, brother Bruce, and daughter Brenda. A memorial graveside service will be held at Owyhee Cemetery, Nyssa, Oregon on July 23, 2021 at 11:00 a.m. under the direction of Lienkaemper Chapel, Nyssa. There will be a celebration of Bill’s life following the service at the Owyhee Community Church. Memorials maybe made in his memory to Owyhee Community Church.

To send flowers to the family or plant a tree in memory of Billie Richesin, please visit Tribute Store