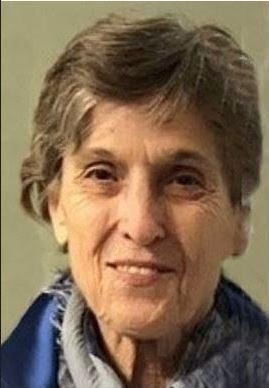 Bernadine Mae Price McGinnis, 84 of Scottsdale, AZ passed away peacefully with her family at her side in the early morning of June 2, 2021. Graveside services will be at Owyhee Cemetery, in Nyssa Oregon on Monday June 7, 2021 at 11:00 am.

Bernadine was born May 22, 1937 in Adrian, Oregon to Ira and Clara Price. The Price family came to the Adrian Community in March of 1937 from Callaway, Nebraska. Bernadine was one of eight children who grew up on the family farm in Sunset Valley. It was here that she learned about hard work and developed strong values that served her well throughout her life.

Bernadine went to Business school in Nampa, Idaho while her fiancé attended the College of Idaho. After a year’s separation the two reunited in Caldwell Idaho. She worked as a receptionist at a finance company while Jim finished his degree. On June 3, 1956 the two were married at Adrian Community Church in Adrian, Oregon. Over the next thirteen years they had four children.

Bernadine and Jim spent their adult life in Joseph, Oregon, Toppenish, Washington and eventually Sitka, Alaska. While in Sitka, Bernadine was well known for her kindness and love for others. Bernadine was also, a sought after child care provider on the island from 1981 to 2005. She touched the lives of many people and helped shape the lives of over 250 children. As a testament to her character, Bernadine stayed in touch with several kids she previously cared for until her final days. She and her husband also ran a popular bed and breakfast from 1987 until 1998 where numerous people stayed while adventuring in Alaska.

In the fall of 2005 the two retired to Medora, North Dakota where they finally fulfilled a lifelong dream of running a cattle ranch.

After seven years in Medora the two traveled south to Scottsdale, Arizona where they spent their time visiting with their kids and grandchildren and enjoying the warm sunny days.

Bernadine was preceded in death by her mother and father as well as her two brothers, Ira Price Jr and Kenneth Price and her two sisters Marian Robb and Joanne Share.

Family would like to extend their sincere thanks to Tina, Susanne, Trisha and the entire staff of Sunset Estates for their loving care of Bernadine over the past year.

In lieu of flowers donations can be made to Sunset Estates Alzheimer and Dementia Care at 281 Sunset Drive, Ontario Oregon 97914.

Arrangements and services by Lienkaemper Chapel, Nyssa. Condolences to the family can be sent to Jim McGinnis at 29416 U of I Ln Parma, Idaho 83660.

To send flowers to the family or plant a tree in memory of Bernadine McGinnis, please visit Tribute Store
Monday
7
June