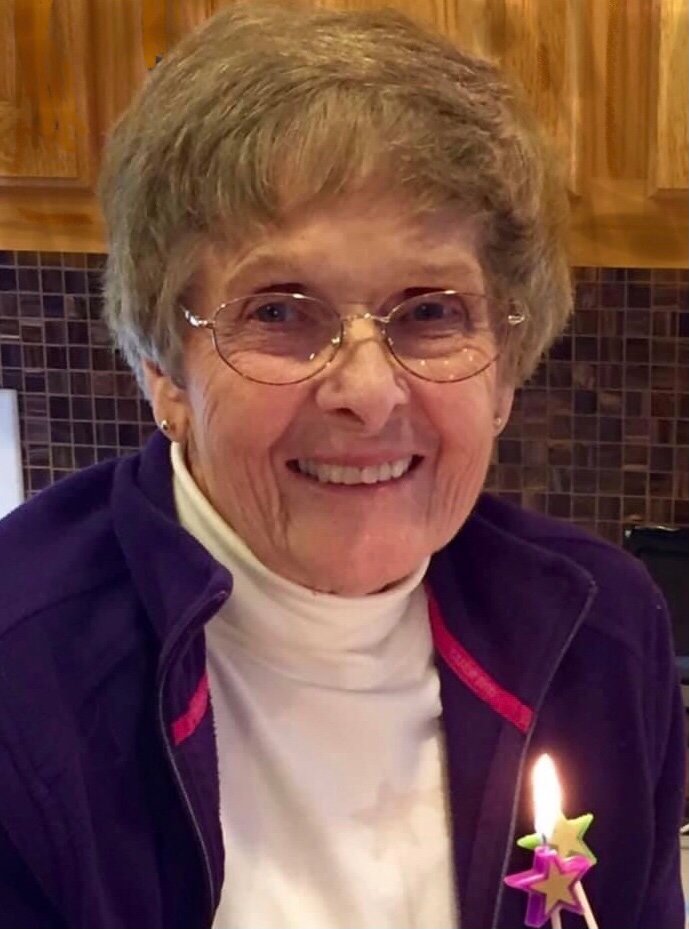 Shirley A. Morris Toney passed on from this life on May 16, 2021, having celebrated her 90th birthday just two weeks earlier.   Shirley was born to Nate and Edith Morris in Indian Valley, ID.   She had 3 brothers: Jack and Brian, both of whom preceded her in death, and Clark, now living in California with his wife Rhonda.   Shirley is survived by 6 children – Linda Langley (Tracey) of Payette; Keith Toney (Kerry) of Ozark, AL; Gordon Toney (Carolyn) of Puyallup, WA; and Janet Henry, Bruce Toney (Diane), and Gayle Toney of Bothell, WA.  She also leaves behind 9 grandchildren and 10 great-grandchildren, and her beloved cat Tommy.

During her lifetime, Shirley saw amazing changes in this world.   She began her education at the one-room Indian Valley School, where she literally had to ride her horse, or walk through the snow and fields to get there!   She went on to work and live in the world of computers and smart phones.

Shirley began her life as a cowgirl, growing up and working on her family’s ranch in Indian Valley.  As a young girl, she “rode the mountain” with her dad, Nate, as a herder for the Cattlemen’s Association.   She was also the Cambridge rodeo queen in 1948.

Shirley spent 31 years on the family farm in Cambridge that she and husband Leo purchased in 1956.   They raised their children there, as well as virtually all of the food for the family.  Shirley lived the quintessential country life and was an extremely capable woman.  She worked sunup to sundown caring for her children and working the farm.  From milking cows to canning hundreds of jars of fruit and vegetables each year, Shirley did it all.  Reflecting back on her life, it’s incredible to think how she could accomplish so many things in one day.

For many years, Shirley was a fixture at the Washington County Fair with her kids and their 4-H /FFA projects.  She loved life on the farm, and in later years introduced herself to people saying “I’m just a farm girl from Idaho”.

Shirley loved woodworking and built many things—her tools were her prized possessions.

In addition to farming, Shirley worked at Cambridge schools, then at the Washington County Clerk’s Office in Weiser for a number of years.  After moving to Boise, she worked for the Idaho Dept. of Transportation before retiring and moving to Puyallup, WA to be near her kids and grandkids in the area.  Wherever she lived, she grew amazing rose and flower gardens.

Shirley loved to travel and was proud to have visited all 50 US states, as well as several other countries.  Anytime someone proposed a trip, she was up for it…especially if to the mountains or the beach.  Her family will miss those adventures with her.

Shirley’s greatest pride was in her children and their accomplishments.   Linda is retiring this week after 49 years of teaching 4th grade in Fruitland.  Keith, Gordon and Bruce all attended military academies and served distinguished careers as military officers.  Janet served in military intelligence, followed by a career in Human Resources.    Gayle works in the aviation industry in the Seattle area.

A celebration of Shirley’s life will be held on June 5th at 1:30 pm at the Thomason Funeral Home in Weiser, followed by graveside services at Hillcrest Cemetery.  All friends are welcome.

To send flowers to the family or plant a tree in memory of Shirley Toney, please visit Tribute Store