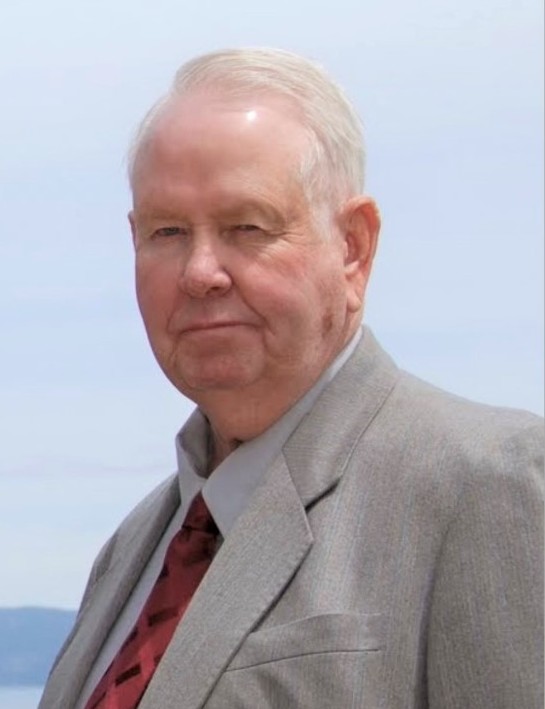 Leslie Lamont (Monty) Burbank Jr, aged 80, passed away on May 16, 2021 in Boise, Idaho with his wife Norma and daughter Paige at his side. Monty was born in Nyssa, Oregon on October 3, 1940 to Leslie L. and Geneil Burbank. After graduating from Nyssa High School, Monty attended Weber State College and later transferred to Utah State University majoring in Marketing. Monty married Norma Goates on Oct 8, 1964. Monty and Norma returned to Nyssa after college where Monty worked with his family at B&M Equipment Co. Their daughter Paige Nikol was born June 21, 1974.

Monty was active as the local president and a state director in Jaycees and served as the chairman for the Malheur County Republican Central Committee. Through Jaycees and John Deere, Monty and Norma were able to travel throughout the United States and abroad.

Following a stroke in 1989, Monty loved spending time at his cabin in Unity, Oregon where family and friends joined him in making innumerable memories. Monty’s real joy came in 2011 when his grandson Payson Lamont was born and he was able to watch Payson enjoy the cabin and surrounding Unity area that Monty himself loved so much.

Monty is survived by his wife Norma, daughter Paige (Jason) Bliss, and grandson Payson. He is also survived by his sister Ruth Allen, sister-in-Iaw Anne Burbank, a nephew and several nieces.

He is preceded in death by his parents, brothers Reed and Craig Burbank, and niece Kelli Hysell.

A graveside service for Monty will be held at the Hilltop Memorial Cemetery in Nyssa, Oregon on Saturday, May 22nd at 2:00 pm.

Arrangements and services by Lienkaemper Chapel, Ontario, Or.

To send flowers to the family or plant a tree in memory of Leslie Burbank Jr. , please visit Tribute Store
Saturday
22
May