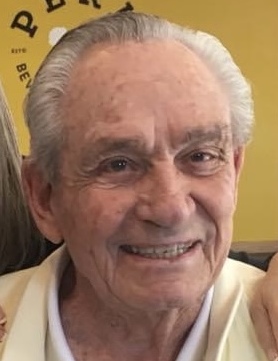 It took nine generations of Harrods in America before Bob’s family settled in Vale, OR. That emigration started in Bedfordshire, England in 1704 after James Harrod returned home from serving in the war of 1702-1713 between England and France.  He sold his large estate, and he and his four oldest sons sailed for America.  His wife and youngest son, John, age 14, (Bob’s direct ancestor) stayed in England. After eight years of preparation of their home and grounds in America James communicated to his wife and son the following: “All possible is now in readiness for your occupancy.  Come and we shall keep hourly watch for you. Sail up what is becoming known as Delaware Bay and as far as is navigable, on up the Delaware River.  Land on the East shore, known to mariners as New Jersey.  We shall meet the landing with oxen and sled to haul all belongings to our new home.”  This location was later named Piscataway, NJ. Thus started the migration westward of Bob’s ancestors to Oregon.  They were true frontiersmen.  This included Pennsylvania, Virginia, Kentucky, where his ancestors founded Ft. Harrod in Harrodsburg, KY, Indiana, Missouri, Oklahoma, Colorado, New Mexico and on to Seaside, OR where Bob’s dad had a job retrofitting Naval ships in Astoria, OR for the WW2 war effort.

Bob was born in Cushing, Oklahoma on October 3, 1934, the first child of William Earl and Edith Garman Harrod. Five more siblings were born along the way. Thomas Earl born in Aguilar, CO.  Donnie Joe, who drowned at the age of three in New Mexico, was born in Trinidad, CO. Allison and Lawrence Neil (Larry) were born in Seaside, OR.  Sherri Sue was born in Ontario, OR.

Bob attended school from 2nd to 9th grades in the Seaside area, leaving at Christmas time to move to Vale, continuing his education there. Bob graduated from Vale High School in 1953. He attended Eastern Oregon College in La Grande on a football scholarship.  He said he wasn’t the best player on the Vale High team but if you were a football player from Vale you got an automatic scholarship. While at Eastern, Bob met his future wife, Shirley Romine.  They were married September 12,1954 and celebrated their 66th anniversary in 2020. To this union was born Robert (Rob) Jr and Lynn Ann Harrod.  Bob had four granddaughters, Tiffany McLay (fiancé, Craig Smyth), Danielle (Joshua) Biggs, Erica (James) McElroy, Kelly (Kit) Jones and his great grandchildren, Liam, Kate, and Davis Jones, Weston McElroy and Jack Biggs; grandsons Nate (Jessica) McKinney and children (Haylee, Bradee and Nate, Jr.); Brad (Cassie) McKinney and Mina; and honorary grandson Shawn (Sheryl) Sims and children Carlton, Dylan and Arabella Sims. Bob’s family was his pride and joy.

Bob graduated from Eastern Oregon State in 1957 with a Bachelor’s Degree in Education. The day after graduation he left for Army Boot Camp at Fort Ord, CA.  He retired from the Oregon National Guard after over 30 years military service as a Captain. While in the military he was awarded the “Army Commendation Medal” for Outstanding Performance of Duty,  two different times.  He also received the “Soldier of The Year” award in 1978. After his return from Boot Camp the Harrods moved to his hometown of Vale, OR.  He taught and coached for 2 years at Harper, OR and six years at Vale Elementary.  In the summer of 1964, he received his Master’s Degree from Eastern and became the first County School Supervisor for the newly formed Malheur ESD where he worked for 25 years.

On July l7, 1964 Bob’s parents were killed in an airplane accident.  He had two siblings, Larry & Sherri, that were still living at home and they came to live with Bob & Shirley until they were both married.  Both of these children were a blessing to the Harrod household.

Over a period of 60 years Bob was active in many community activities: the Jaycees (holding local & state office), Vale Chamber of Commerce, County Republican Central Committee, Vale Mural Society and Vale City Council. He served as the Mayor of Vale two years, served as a Malheur County Commissioner and as a founding board member for the Malheur Council on Aging.  The first Sunday after Bob moved to Vale, he attended church at the Vale Christian Church where he met some of his lifelong friends.  In high school he served as a Jr. deacon and later served as an elder, teacher, youth group leader and doing a little preaching along the way.  He served on the Board of Directors at Boise Bible College in Boise, ID for over 33 years which was during its greatest period of growth when a new library, business offices, new girl’s dorm & auditorium were built.  He served as the Chairman of the Board for many years and taught English one night a week for one term.  After retirement Bob and Shirley spent 28 winters in Indio, CA where he was also an elder at the Coachella Valley Christian Church.  They were also in charge of the church services at their retirement park on Sunday nights.

One of Bob’s favorite activities in Indio was volunteering as a Celebrity Marshall at the annual Bob Hope Golf Classic and also working with the NBC Sports Channel, carrying a camera from hole to hole. Another favorite was the trip Bob and Shirley made to Alaska, British Columbia, and the Yukon to hike the Chilkoot Trail.

Bob died peacefully surrounded by family on May 6, 2021.  He was greeted in heaven by grandparents Joe and Pearl Harrod and Calvin and Cora Garman, parents William Earl and Edith Harrod, and brother Donnie Joe Harrod.

The family would like to extend their sincere appreciation to the staff of Pioneer Place and to Heart and Home Hospice. In lieu of flowers Bob has requested donations be made to Boise Bible College, 8695 W Marigold St., Boise, ID 83714. Bob always said, “If there were no Bible Colleges, there would be no preachers and if there were no preachers there would be chaos.”

A live-stream of the service will be available at: valechristianchurch.org and on the Vale Christian Church Facebook page.

To send flowers to the family or plant a tree in memory of Robert Harrod, please visit Tribute Store