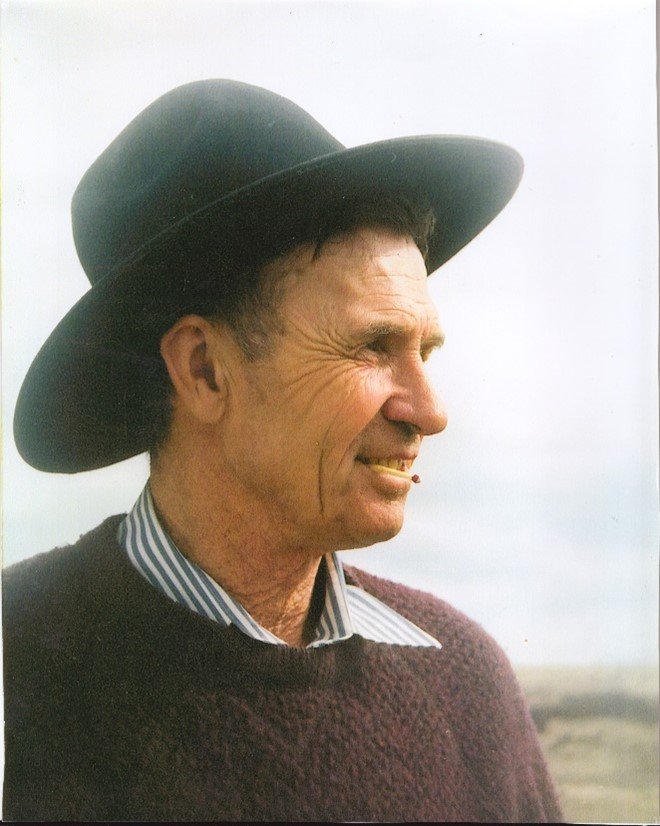 Terry L. Ackerman, Jr, 78 of Ontario Oregon peacefully joined the Lord’s rodear in Heaven on May 8,2021.   Terry was born in Aurora, Nebraska to Terry Sr and Opal Ackerman on December 13, 1942.  Terry spent his childhood with his brothers and sisters working various ranches across the mid-west, southwest and northwest. He graduated from Bath High School in Bath South Dakota in 1961.

Terry always wanted to be a cowboy and fulfilled his life living his dream. As a boy, he got a whipping from his momma for making a pair of chinks out of a brand-new pair of pants.    As a young man, Terry went to work for Scott Rice Ranches out of Sheridan Wyoming as a herdsman.  Traveling the United States and Canada with his prized show cattle.  He showed a Hereford bull named “Two-Spot” and won Grand Champion of the United States and Canada.  He shared many interesting stories of his travels such as going for days without eating because he didn’t want to leave the cattle on the train to get himself something to eat during a stop.  While working for Rice Ranches, he was also a member of the Army National Guard.

In 1965, he met Patty Brown in Jordan Valley, Oregon.  Patty was helping Pat and Danice Payne hay using a team of horses.  Across the fence, Terry was also haying for Ross’s with a team.  Patty kept a careful eye on the guy across the fence, as his team was running off and she didn’t want any trouble with her team.  Two years later they were married on February 13, 1967 in Buffalo Wyoming.  Terry continued showing cattle for a year or so before returning to the Jordan Valley area, continuing to fulfil his dream of becoming a cattleman.

In 1969, their first daughter, Jody, was born and in 1973, their second daughter, Robin, was born.  He raised them listening to Buddy Holly blaring through the 8 track every morning and we will never forget his whistling “Gary Owen” everywhere he went.   He was fun and always put his family first.  Over the years, he and Patty acquired many an extra kid or grandkid. He would dance with the kids at the local dances by simply shuffling his feet.  He contributed to his daughter’s chewing tobacco habit by leaving just enough in his can of Copenhagen every night for the girls to have it for the next day.  He would tolerate most stunts kids pulled well, except for a few things.  Don’t turn back the cow he was bringing out of the rodear and never try to use his barn door as a raft in the pond.  Never put the cows in the wrong gate to an allotment and always put his stirrups back if you rode in his saddle.  The biggest  one of all, don’t tie your horse up with the bridle reins.

Terry worked for multiple ranches, including the C Ranch for Bill Ross, McBride Creek with Burt Brown and at Reynolds Creek for Joe and Edith Nettleton.

Terry moved the family to the West Anchor Ranch in Oreana, where he finished raising his girls.  He taught them to ride and rope and let there be no excuses because they were girls. He also took in many extra kids, hauling them to cow camps and putting them work (and feeding them cowboy beans for every meal).   At one time, there were 8 kids at Buckaroo springs, building fence and moving cows.  He loved his rodears, especially the running ones.  Fully expecting the help to know which black cow he was thinking about!  When he broke his arm, he had all the kids convinced he couldn’t wash dishes because the metal in his arm would rust.   He loved to tease and although he worked everyone hard, he made sure everyone had a good time.  He acquired lifelong friends in Oreana that have stood by him through many years.

In 1988, Terry moved to Westfall Oregon to work on the Becker Ranch.  His ability to know his cows were proven once again.  His reputation as a cowman grew and he worked tirelessly to ensure the cattle were cared for.   He prided himself in taking care of his cattle at all costs.  It was during the Becker Ranch days that his love for bay horses started to become an obsession.  Catching your mount in the dark meant paying attention so the wrong horse wasn’t caught.   Many a fond memory and deep friendships have also endured through the years.

In 1993, their children raised, Terry went to work for Simplot at the M & L in Bruneau Idaho, where he again lived his dream.  He was able to begin to take his young grandsons to cow camp and loved every minute of it.

Terry finished his career on a ranch in Rye Valley, Oregon after a brain aneurysm drastically impacted his life.  When the doctors said he would not have a normal life, he did not let that stop him. He continued to work, love, and play for many years.  His grandsons, Johnny, Cody, Will and Jake were blessed to have a Papa who loved them dearly.   Terry never missed the opportunity to take them to cow camp or wrestle with them, play Santa and teach them naughty songs and poems (getting their parents many a phone call from school).  His grandchildren were his pride and joy.  He connected with each one of them and some could wonder if he loved them more than being a cowboy.

Terry’s fun, teasing nature will be missed by many. No matter where he went, he would tease people.  Often telling people Patty was his first wife or asking for extra napkins at the drive through because Patty is a sloppy eater.  Terry was loved by many and will be greatly missed.

Services will be held at the Jordan Valley Lion’s hall on May 28, 2021 at 2:00 PM. Gravesite services will be open, but no seating available. Refreshments will be available following the service.

To send flowers to the family or plant a tree in memory of Terry Ackerman, please visit Tribute Store