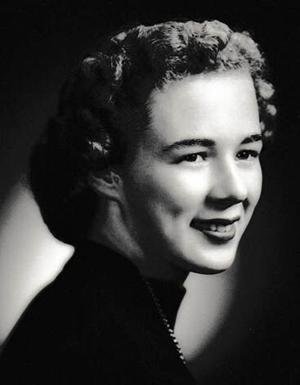 Ruby passed away in her sleep at home in Ontario, OR in the early morning hours on April 15, 2021.

Ruby was born March 23, 1940 in Ontario, Oregon to Chris and Thelma Turner. She was raised on the family farm West of Vale, OR with her 3 siblings where she learned the value of hard work and her love of animals. She spent her early school years attending Hope School, west of Vale, OR.

Ruby attended Vale Union High School, where she met her husband, Kay “Bud” Linville. They were married December 6, 1956 in Vale, OR. Bud and Ruby were married almost 51 years before Bud’s passing August 4, 2007. With the exception of one year spent in Athena, OR, Ruby lived her whole life within a few miles of where she was raised.

Ruby was a farmer, dairy operator, homemaker, Secretary at the Vale CO-OP, line worker at Ore-Ida, and lastly as a cook at Vale Union High School for many years. Ruby retired to care for Bud after he had suffered a stroke. Ruby enjoyed her garden, animals, and was known as a good seamstress. She made many shirts for family members over the years.

Ruby became the love and companion of Robert White until his passing March 16, 2019. While their health was still good, they spent time traveling to different places so Ruby could see more of the western states.

Ruby loved animals as much as she loved people, with a lifetime of dogs, cats, cows, horses, and goats. No animal was unloved at Ruby’s place. Ruby was a devoted wife and dedicated and loving mother. She always had a smile and a kind word, no matter the situation. Ruby will be missed but remembered fondly in the valley for many years.

Memorial services will be held at Valley Christian Church in Fruitland, ID, May 15th at 10:30 am with a potluck to follow.

To send flowers to the family or plant a tree in memory of Ruby Linville, please visit Tribute Store