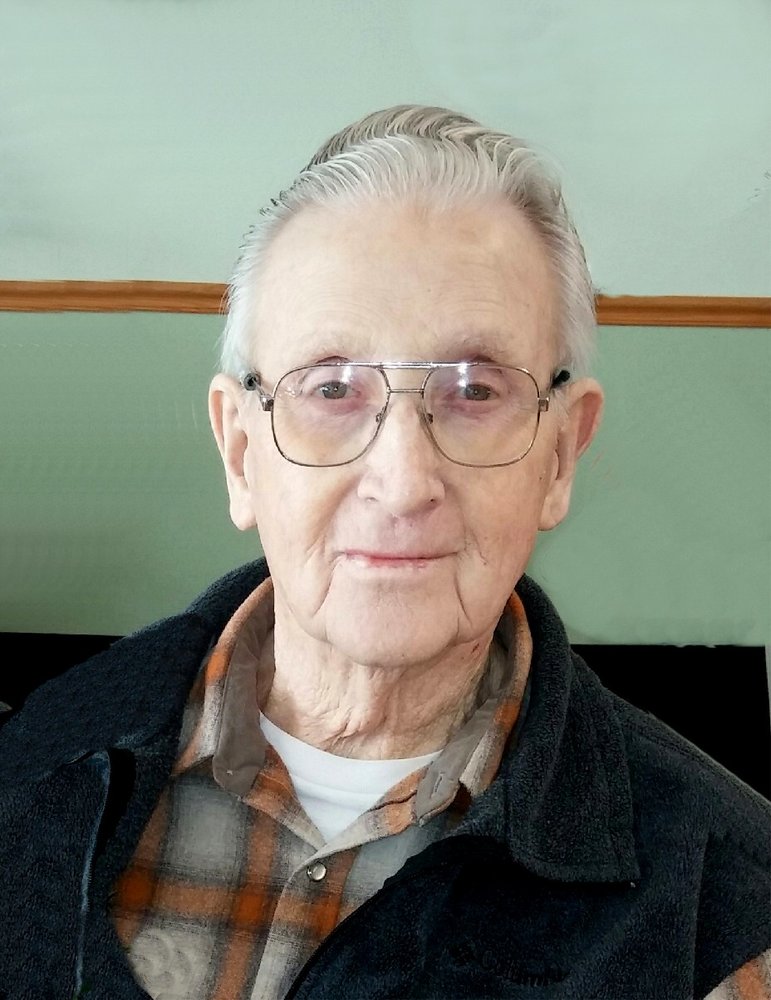 William J. “Red” Price passed peacefully from this earth on March 20, 2021, in the presence of loved ones in Ontario, OR. He will be laid to rest at Evergreen Cemetery in a private ceremony.

Red was born May 24, 1930 in Lamar, Arkansas to Lawrence and Elsie Price. He graduated from Vale Union High School in 1949.  He worked his early years at Rag’s Texaco in Ontario, thus beginning his lifelong career as an automotive mechanic. While working as a mechanic, he met the love of his life, Darlene Smith.  They were married Sept. 18, 1955 in Nyssa, OR.  Red, with Darlene at his side, owned and operated Red’s Texaco and Red’s Phillips 66 in Ontario.  He then was the service manager at Matthews Chevrolet.  In 1983 they decided to open their own repair shop, Red’s Automotive Repair where he worked until he retired in 1999.

After retirement Red began a second career as an excellent woodcraftsman and looked forward to entering his projects into the Malheur County Fair every year, and upon occasion the Oregon State Fair.  He was thrilled to receive several Best of Show and 1st place ribbons and the $2.00 bill premiums that came with placing, which he shared with his grandchildren and great-grandchildren.  He also enjoyed clock repair, building clocks, and collecting vintage clocks and pocket watches.  Family and friends are beneficiaries of his creations. Thanks Dad for all the clocks in our homes!

Red, along with Darlene, shared a spiritual strength as their foundation, and their faith remained a guiding presence throughout their lives. He and Darlene were lifelong members of the Ontario Church of Christ. Red’s walk with Christ will always be an example for all of us.  Thank you Dad!

Red is survived by daughter Bev (George) Jones, daughter Barbara Johnson, and son Bill (Laurie) Price.  He was the proud grandfather to twelve grandchildren and ten great-grandchildren with another to arrive mid-summer: Erik and Jamie Jones, Jacob, Jasmine, Jordan, Jonah, Ella, Julianna, and Idris; Kit and Kelly Jones, Liam, Kate and Davis; Jared and Kevie-Lynn Johnson and baby; Kelsea Jones; Kylie and Shem Greenwood; Emily Price; and Will Price and Darby Biggs. He is also survived by his brother Leon (Jean) Price, sister Melba (Jack) Zielke, and sister-in-law Patty Price Hukari, along with numerous nieces and nephews.  He was predeceased by his wife Darlene, his parents, three of his brothers, and one of his sisters.

The family wishes to thank Red’s physicians, Dr. Saeed Payvar, Dr. Andrew Black and Dr. Mark Christensen, for their kind care of him over the years.  We would also like to thank the staff at Brookdale Senior Living for the loving care they gave him and for being like family.

To send flowers to the family or plant a tree in memory of William Price, please visit Tribute Store