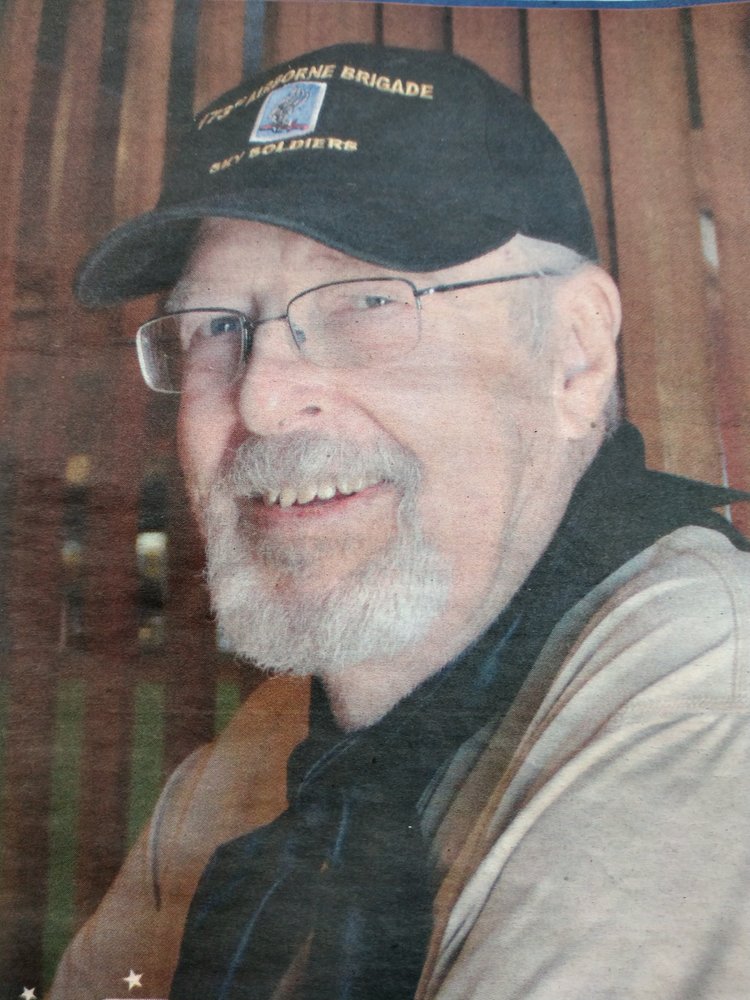 On Saturday, February 13th, 2021, Ray Hartley, loving husband, father, grandfather, and friend, passed away after a long battle with cancer at the age of 77.

Ray was born on March 5th, 1943, in Salt Lake City, Utah to Ralph and June Hartley. Ray was the oldest of four children. He was the big brother of three sisters, Nancy, Penny, and Kris. He spent his childhood in Brogan and later in Vale, Oregon. He attended schools in Vale and graduated in 1961.

After graduating from high school Ray enlisted in the United States Air Force in January of 1963. In the fall of 1965 Ray was assigned to the 33rd Tactical Squadron and sent to Vietnam. When he arrived in Vietnam, he was attached to an Army unit, the famed 173rd Airborne Brigade, 2nd Battalion. He served as a forward air controller for the 173rd in the Iron Triangle and Ho Bo Woods, coordinating and calling in air strikes, and providing bomber pilots with coordinates to drop their ordinance on. After a year in Vietnam, Ray was honorably discharged in September of 1966 after earning an Air Force Commendation Medal and a Bronze Star with a V device. Ray was very active in the veteran community and spent many Veterans Days speaking to school children in Ontario, Vale, and Fruitland about his military experiences.

When Ray returned from overseas in the fall of 1966, he settled in Ontario and there he met and married the love of his life, Diana Kittelmann, on July 3, 1967. They welcomed a daughter, Kim, to the family in 1969. Ray and Diana spent the next 53 years together, raising their daughter, working, playing, enjoying life’s adventures and making memories.

Shortly after returning from Vietnam, Ray went to work for the Ontario Police Department in 1966. He attended TVCC and completed coursework in police sciences. He started out patrolling the streets of Ontario and at the time of his retirement in 1993, he had advanced through the ranks to become a Detective Sergeant. During his 26 years serving the citizens of Ontario, Ray made countless friends on the police force and in the community. He was fortunate to get to work for many years with his good friend and Chief of Police, Jim Jones, and his trusted partner Lou Chiara.

In the 1980’s Ray also worked with his friend Dick Bashford providing wildfire contracted services to the federal government. Ray and Diana bought part of Bashford’s business in the late 80’s, and started Snake River Showers & Water. Ray employed countless friends and relatives over the years and traveled the western United States operating a mobile shower unit, potable and gray water trucks, and associated equipment. Anyone that was employed by Snake River could attest that going on fires with Ray was truly an adventure. Ray retired completely after concluding his career with the space shuttle Columbia recovery, and Hurricane Katrina cleanup. As with his law enforcement career, Ray made countless friends in the fire suppression business.

Ray had a very active retirement. He enjoyed fishing, hunting, snowmobiling, four-wheeling, and spending time at the family cabin in Sumpter, Oregon. He was also a long time member of the Ontario Elks Lodge and the Vale High School Alumni Association.

One of Ray’s proudest titles was that of grandfather. Ray’s grandson Cade was born in 1994. Cade was a huge joy in Ray’s life. He spent many years watching Cade grow and teaching him to do guy things. Going shooting, snowmobiling, 4 wheeling, fishing, and watching Cade at wrestling tournaments was a great source of pride for Ray. He was very proud of the man that his grandson has become.

Ray will be remembered for his lifetime of service to his country and community, his sense of humor, his fierce loyalty to his family and friends, his wit and character and his willingness to always help others when in need.

Ray was preceded in death by his parents, Ralph and June Hartley, numerous aunts, uncles and cousins, and many lifelong friends. He is survived by his wife, Diana, his daughter, Kim, his grandson, Cade, his sisters, Nancy (Marlin) Johnson, Penny Kenison, Kris (Ron) Pressley, and many nieces and nephews.

Ray’s family would like to thank the Boise Veteran’s Hospital, Heart & Home Hospice, and Megan Fillmore for their care and compassion.

A celebration of life will take place at a later date at the Ontario Elks Lodge, pending the lifting of Covid restrictions. Memorials in Ray’s name may be made to the Boise Veteran’s Hospital, Vale High School Alumni Association, or Heart & Home Hospice.

To send flowers to the family or plant a tree in memory of Raymond Hartley, please visit Tribute Store