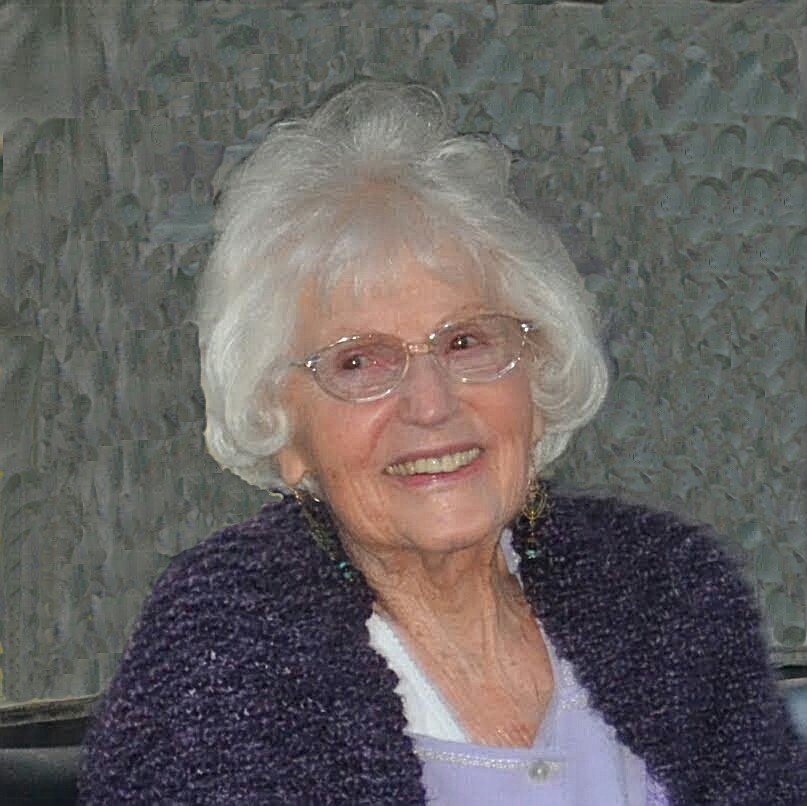 Marjory was born to Alonzo and Wilma Davis on March 28, 1927 in Fullerton California.   The family had moved from Idaho to California several years earlier due to Wilma’s allergies.

Marjory’s family on both paternal and maternal sides were Idaho pioneers.  Both families traveled the Oregon trail and settled in the Emmett/Middleton area.  She would tell many stories of the Owen family and their early experiences as settlers to the state.

The family moved in Marj’s sophomore year of high school to Vancouver, Washington.  Her father had an amazing opportunity to work on the Liberty Ships of World War 2.  She continued her education in Washington State.  She was involved in activities such as playing violin and singing in high school choir.  They returned to Idaho her senior year.  She was able to graduate with her class from Nampa High School in 1946.   From here she was determined to follow her dream of becoming a nurse.  She enrolled in the St. Alphonsus nursing program in Boise.   She was able to pay her school tuition by working for Mountain Bell Telephone Company as switchboard operator in Boise.  She lived with her grandmother Owen at this time.

While attending her last year of nursing school, she met a rancher from Meadows Valley who had been kicked the chest by a violent bronco and was sent to Boise for treatment.  He was very taken with her kindness and demure nature and wanted her to meet his son. When she opened the door to Bill's soft top convertible and saw his twinkling blue eyes, she swooned . . . it was love at first sight. On October 25th 1948, six weeks later they were married.

Adjusting to life as a rancher’s wife, Marjory became a devoted helpmate.  She was able to use her training as a nurse in all aspects of her new life.  She could vaccinate calves, bandage wounds and nurse her family members back to health.

In 1951, Marjory gave birth to her first baby Dixie Lee.  The family became four with the arrival of Joenelle/Jodi Elaine in 1953.  Four became five with Marshall Dean in 1957.

In 1969, Marjory welcomed the birth of her 1st grandchild, Angela Kay.  Then in 1984 her 2nd grandchild Chase Walker, and 1986 Chelsy Lane.  A better grandma no one could ever wish for . . . she encouraged and believed we all could accomplish anything.  She was supportive emotionally and financially.  Grandma was very generous in her love for us.

Bill and Marj retired from ranching in 1981.  That spring, the family suffered a life altering accident when Bill was thrown from a horse and suffered a major head injury.  Marj became his caretaker for the remainder of his life.  He, with her help and encouragement regained a lot of his abilities and memories, which amazed everyone-mostly his doctors.  They attributed much of his remarkable recovery to her unwavering care and devotion to him.  Marshall “Bill” and Maj were married for 51 years.  They remained deeply in love and devoted to one another for all of those years.

In 1981 Marj welcomed daughter-in law Sandy Walker into the family.  Happy that her son Dean found his life mate, Marj loved her very much.  She respected Sandy for the many contributions she made to better the success of the ranch.

After retiring and Bill becoming healed from his accident, they decided to spend their winters in Lake Havasu City, AZ.  They both enjoyed golfing, gambling and gardening.  She had a small lemon tree in the yard and various other plants suited for a warm climate.  She now had time to pursue the hobbies she enjoyed.  Marj enjoyed painting, gardening, and making jewelry.  She enjoyed her chickens and her pets.

An active member of the Salmon River Art Guild, she attended many shows and entered many paintings.  The simple joy of art made her heart sing.  We as a family, are lucky to have several paintings that we will cherish for a lifetime.

As the years moved by, she and Bill came back to Idaho full time and split their time between McCall and Eagle.  Many wonderful holidays were spent at the house on Warren Wagon Road in McCall.

The decision was made to move to Pollock full time.  She had a beautiful yard and a pasture to keep watered. Bill passed away in December 1999.  Facing life for the 1st time alone in 51 years was a daunting task.  Grandchildren and children kept her occupied.

In 2005 Marj moved to Cambridge, Idaho.  Being close to her family was what made her happy.  The last 15 years she lived in Cambridge. In 2015 she moved in with her eldest daughter Dixie.  Dixie was her primary care giver with sister Jodie arriving in the last year to assist with her care.

In December 2019 Marj was tickled to become a great grandmother.  Lena Taylor made this last year so very fun for her with the video phone calls and the knowledge of a legacy.

As I sit here, writing her obituary, it strikes me how quick life goes by.  I knew her my whole life and I loved and respected her.  What a wonderful time to be alive.  To experience the depression, WW2, the 50’s generation, experience America in crisis because of a Presidential assassination, see a man walk on the moon, view a Presidential impeachment- the history we read about in books.  She was excited for the future.   I guess you don’t realize you’re making history until you do.

There will be a graveside service at the Meadows Valley Cemetery, Saturday, January 30, 2021 at 2:00PM.  Due to the Covid concerns, we are asking that people wear a mask and limiting it to close family and friends.

To send flowers to the family or plant a tree in memory of Marjory Dryden, please visit Tribute Store