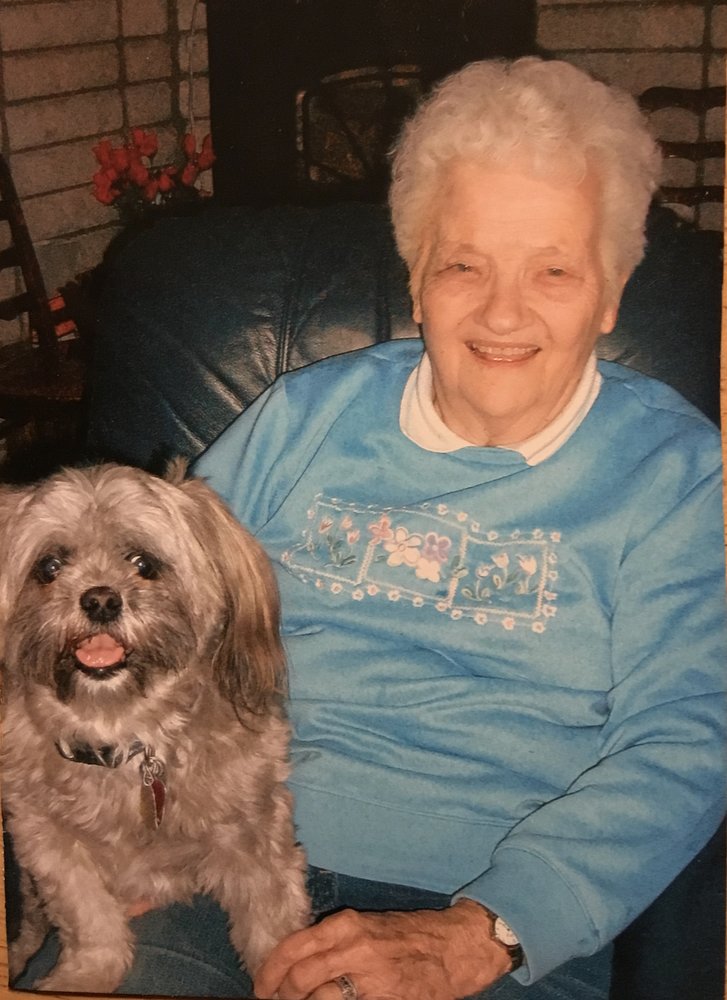 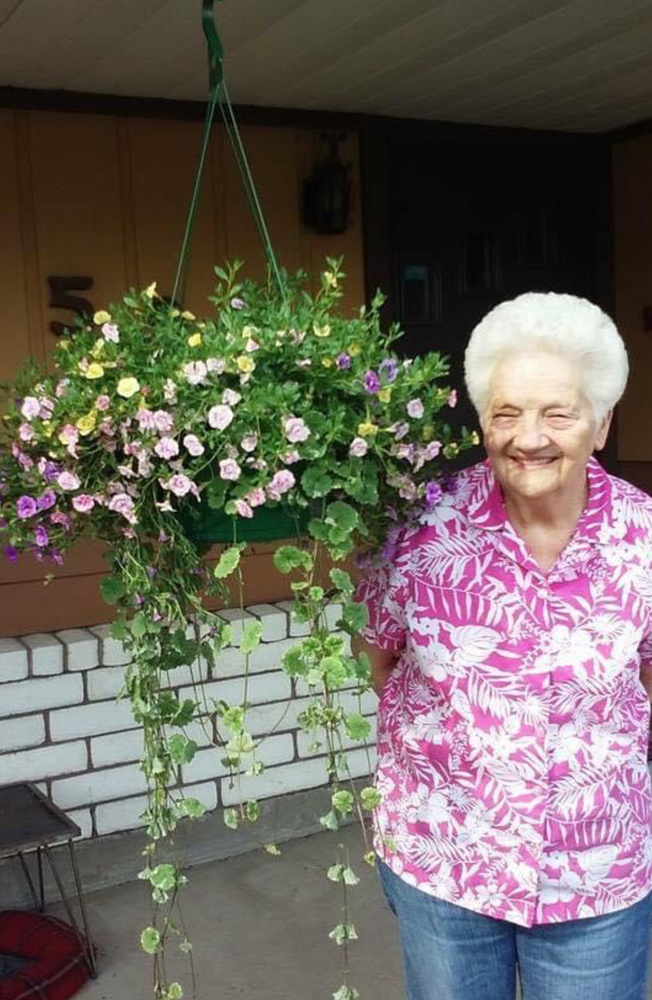 A Daughter, Sister, Wife, Mother, Aunt, Grandmother and Great-Great Grandmother, an Oddfellows-Rebecca Lodge member, and dear friend to many, has made her journey home. We were all blessed to be loved, "unconditionally" by her.

Lucille was raise on a Ranch, 10 miles South of Indian Valley. Granger Butte was part of the Ranch. Her Parents were cattle, and sheep ranchers. Converting over to just sheep, when Lucille was a child. She told many stories of the adventures of living in the "Sand Hills" on the ranch. She was the middle child, her older sister Alice Marie and a younger brother Ralph, (Sonny).

Summer months were spent on the ranch with many adventures. Lucille wrote and had a story published about the time her and Alice had found a Skunk and in the haste to get away from it, Alice had stepped on a board with a nail in it, went through Alice's toe. Quite the story and Alice survived the nail wound.

Lucille attend grade school in Lewiston, her first and second grade years. The remainder of years she attended at Council, graduating in 1947. When she was 15 yrs. old, she suffered a broken pelvis, due to a horse accident. She spent a summer in a body cast, on a cot in the front room of the ranch home. This is where she gain her patience and strong will against pain. She would tell stories of laying still, listening to their Radio.

One of the neighbor boys, who helped with chores, joined the service. Lucille wrote to him, he in turn, would send a friend’s name and address to her so she could write to them. This exploded into a pen pal list of about 40 guys she wrote to, during their service deployment. That was Lucille, always sharing and sending cheer.

During her High School years, Lucille stayed in town with aunt and uncle, Joe and Mildred Hancock. They owned and operated the Peoples Theater in Council. Lucille sold tickets, and sold concessions for them. Her junior year, she and little brother Ralph, (Sonny) lived in the attic apartment above their Grandma Hancock.  Her senior year prom date stood her up. She really wanted to go. She knew Tommy Thomason was home from the service. She found him at the theater, and asked him to take her; He told her his suit would need to be pressed. She offer, and the rest as she would say, was history.

Lucille and Tom bought 40 acres near the water tank on the hill east of Council. Later trading for a smaller property in town. Tom working as a mechanic and Lucille a homemaker, 4H leader, Cub Scout, Den Mother, volunteer for March of Dimes, Cancer Fund solicitor. While living in Baker, she volunteered at the Senior Center, lunch program, and meals on wheels. Always giving back to her community.

For about 10 years, Lucille and Tom were on the move, logging family. Starting in Council and later in Cold Springs Idaho. Many lifetime friendships were formed and lasted until her death. Eventually ending up in Southern Idaho on a road construction job. The many moves required keeping up with, the logging industry, and road construction, made them decide to find a permanent place for the boys to go to school. Boise Kenworth Trucks was happy to welcome Tom to their crew. Boise would be home for the Council couple for many years. All four boys attended the same school through Graduation.

Along with being a homemaker and her volunteer duties, Lucille started doing mending for the Jiffy Cleaners on Broadway. She also cleaned the laundromat and took care of change from the machines.  Later working for the Idaho Statesman as a "Funny Stuffer", she enjoyed her job and many friendships forged. Sewing was a career at home for her, and hobby. She made many shirts and suits and various projects, later getting interested in Quilting. Making sure each of her sons had a hand made quilt from her, along with more quilts for wedding and grand babies and great grand babies.

Lucille and Tom made a big move in 1982, relocating to Eastern Oregon. Baker City would be called home for the next 30 plus years. They operated T&L Service for nine years. Bought a beautiful new home, had purchased a motor home, and grew a beautiful garden. Lucille would can produce from the garden. Lucille work at the St. Elizabeth hospital (Saint AL’s) for short time after her and Tom had closed their business. Later Lucille Volunteered with the Auxiliary and held many positions, including President. She designed, and made, her Denim "Handy Bags" and donated many to the gift store for proceeds to go back into the Auxiliary funds.

Retirement years took Lucille and Tom to the dance floor. They enjoyed many years of Square Dancing, and traveling in their motor home. Often joining Sister Alice and Husband Art, bother Ralph and wife Judy. Many times touring across country to visit various parks and points of interest, and of course family when possible.

The last 14 months of Lucille's life, was spent at Salubria Center in Cambridge Idaho. What an awesome final chapter in her life, she met several new friends and loved the caring staff. She thrived with the love and wonderful care given.

In Lieu of Flowers, memorial donations can be made to the suggested groups -  any local animal rescue shelter, 4H clubs, Senior Centers, Lodge/Grange groups or The American Red Cross Blood Donation Center.  Lucille was a FIVE Gallon donor. Her last donation was in 2016.

To send flowers to the family or plant a tree in memory of Lucille Thomason, please visit Tribute Store