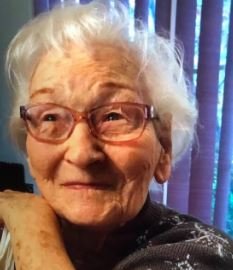 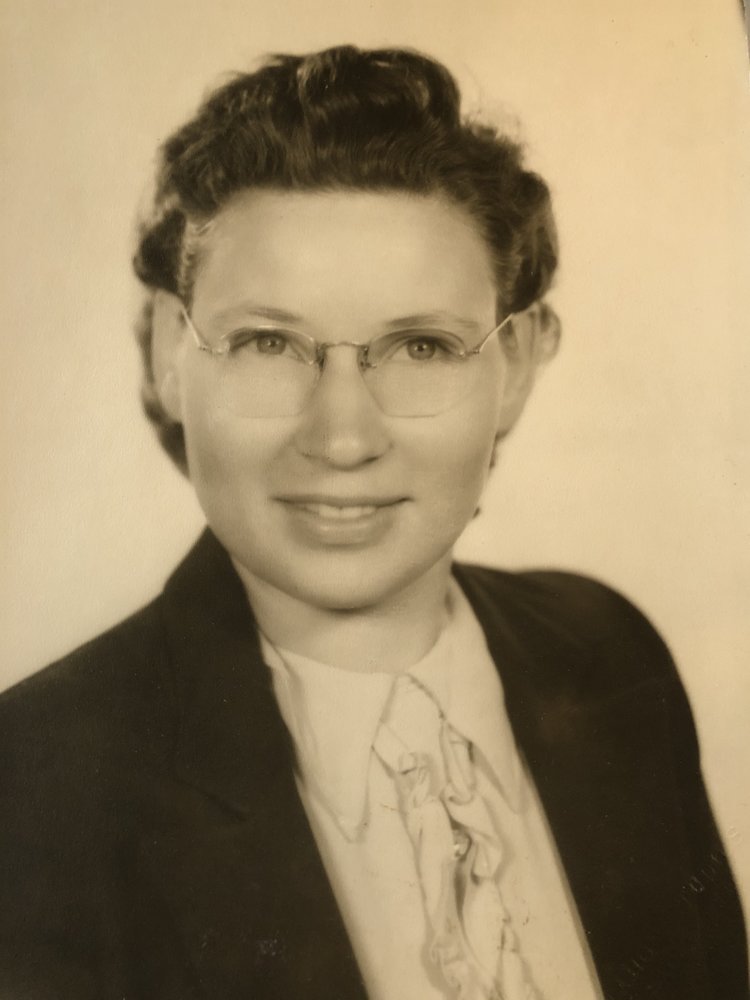 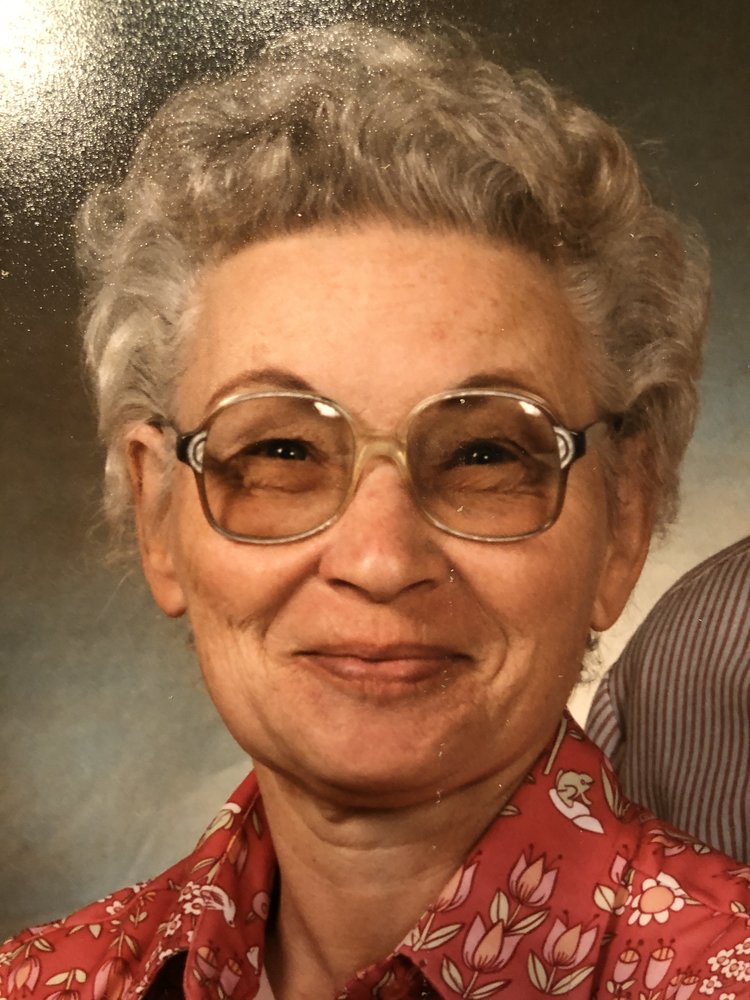 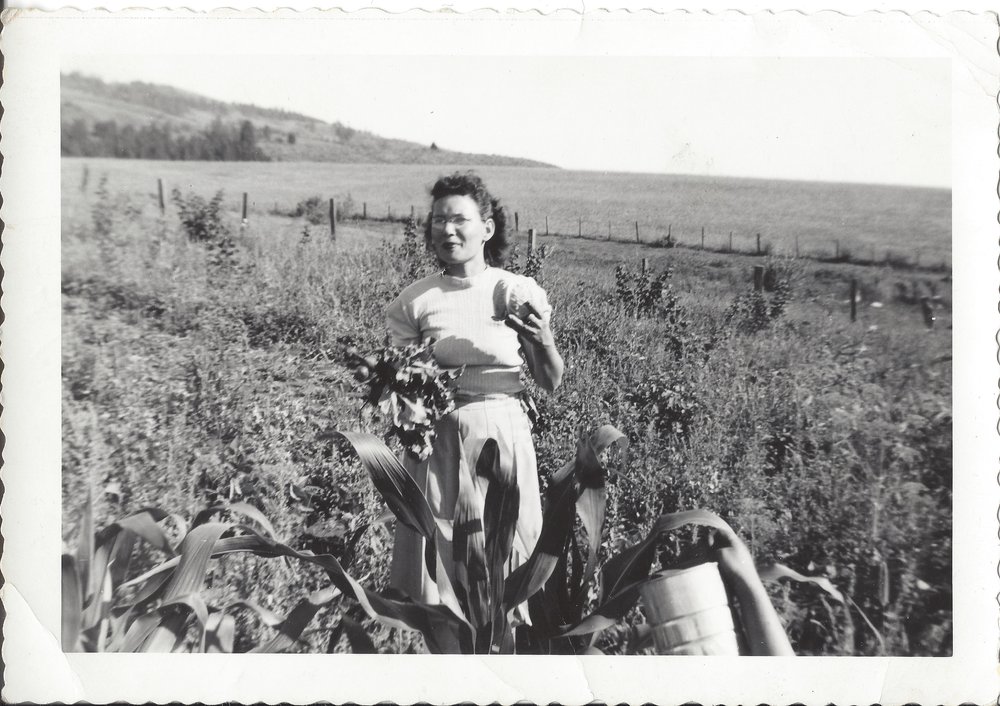 Faye was born in Del Rae, California on August 22, 1922 to Lawrence and Stella Branson Cox.  She joined a brother, Raymond, then before she knew it, Grace, Dale, Harold, Gerald, Dorothy, and Melvin came along to complete the family.  Sadly, Gerald and Dorothy died in childhood, Gerald from illness, and Dorothy from drowning.

Faye and her family moved from California to Oregon then to Idaho.  They lived winters in Payette, and summers in the Glendale area above Council.

Life was hard for the family, but they made the best of it.  Two times their home burned, but the family survived.  Life also had its fun times with huckleberry picking, fishing and raising a garden.  Faye spoke of her family picking berries during the summer and her father driving the Model T all the way to Boise to sell them.  She said they bought any berry the family picked for $1 a gallon.

Glendale dances were a highlight of their lives.  Frank Yantis lived down the road and often came to the dances.  He had a car that made the dust fly.  Sparks flew, and Frank and Faye got married in 1939.   They brought three children into this world Gary, Lee, and Shirley.

Faye and Frank lived on the ranch on Fort Hall Hill.  Faye worked in Council at the Golden Rule Store and later at Idaho First National Bank.  She enjoyed her years working in town and until her death always took pride in her banking career.  She never had a checkbook that was not balanced.  Even when the grandkids forgot to cash their birthday check she carried that check forward in her register sometimes for years until it was found.

Faye continued to work in town until her children left home to pursue their own dreams.

In 1966, Faye married Ray Yantis and was thrilled that she didn’t have to change her last name.  The two traveled to Arizona in the winters for a number of years.  Faye thoroughly enjoyed traveling throughout her life and loved seeing what “was around the next bend.”  There was never a trip you mentioned that Faye was not already packed and ready to go on.

Ray died in 1998 but Faye continued to enjoy going to the senior center, taking drives, and church.  She adapted to life alone never letting a problem go unsolved.  One day when going to visit her, we were greeted at the front door of her home with a chainsaw in hand.  She had tried to move her couch out of the house to make room for a new one.  She could not move it alone, and did not want to bother anyone to help her, so she got the chainsaw out and had cut it up to get it out easier.  Problem solved.

Another big change came to Faye’s life when she moved to Meridian where she could be closer to family.  She loved her home there and lived by herself until a few months ago keeping her “parade of homes house” spotless and enjoying visits from family.  She loved to play Dominos, Skip-Bo, and any other game that brought the family together.  She would stay up until the wee hours in the morning playing games to never miss a moment with her family.

When Faye needed more help than her family could provide, she moved to the Salubria Center in Cambridge a few months before her death.  Faye planned on living to 100, which she did not quite make however, the things she experienced, saw, and lived through in her almost 100 years is unimaginable.  Regardless of what changes good or bad that Faye experienced her positive outlook on life and her relationship with God was unwavering.  There was nothing you could tell her that she couldn’t find a silver lining to.  She never judged others or had a mean thing to say about anyone or anything.  If everyone could have her outlook on life the world would be a better place.  Faye often spoke of flying away when it was her time to go.  She flew away New Years day to a better place where she is free of her body here on Earth but is forever our angel to look over and watch out for us until we can be together again.

A Celebration honoring Faye's life will be held later in the summer.

Arrangement under the direction of Thomason Funeral Home.

To send flowers to the family or plant a tree in memory of Faye Yantis, please visit Tribute Store