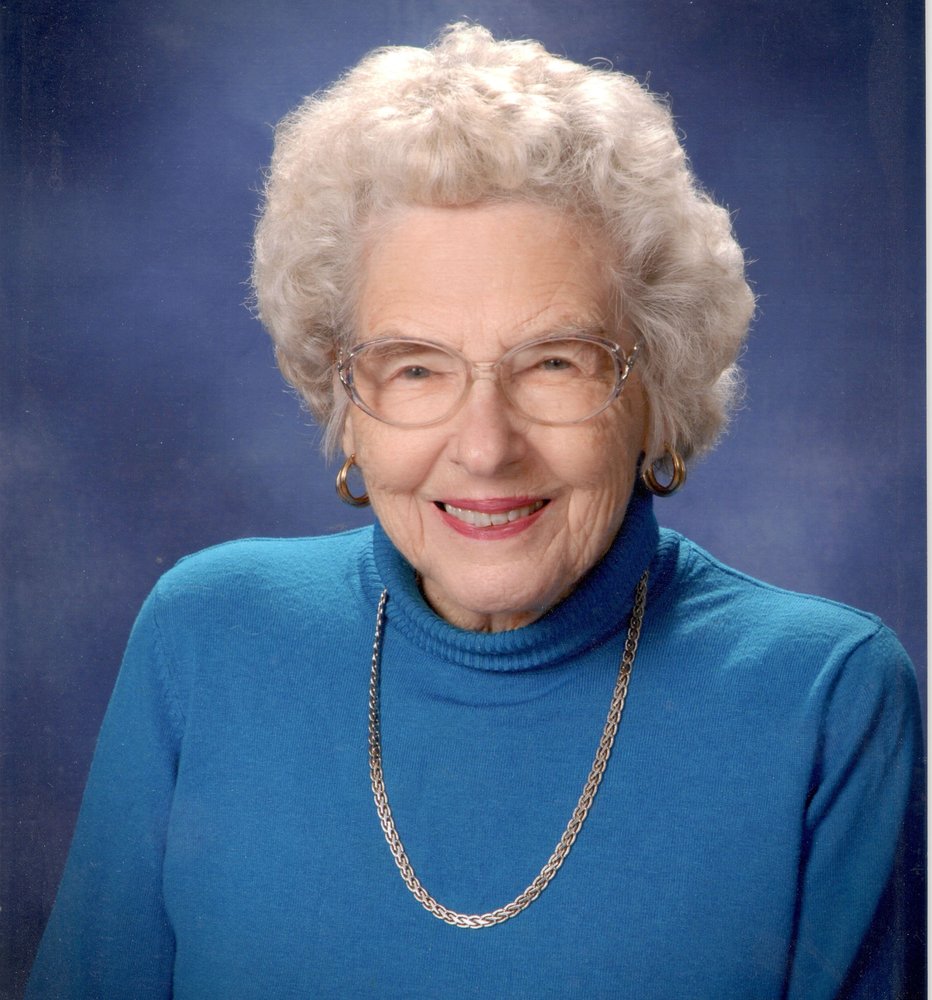 Myrna was born November 4, 1928 in Vancouver, WA, daughter of Smith and Icle Jordan. When she was still a small child, the family moved to Nyssa, OR.  When Myrna was 8, her father died, requiring her mother to work. Myrna assumed many responsibilities in her mother’s place, learning to cook, keep house, and care for her younger brother. Myrna graduated from Nyssa High School in 1946.

In March of 1947, she married Rudy Schram. They lived in Ontario for 12 years, before moving to Weiser in 1959, raising 3 children, Dan, Laurie, and Jim. Myrna held a variety of jobs outside the home, working for Ryder Ford as a bookkeeper and the USDA Service Center in Weiser as a lead clerk. She also owned and operated Children’s Alley clothing store in Ontario for several years. When Myrna retired, she and Rudy spent more time traveling together, especially to Arizona in the winter.

Myrna excelled at cooking and sewing, making many delicious meals and clothing for her family. She loved to read. Wherever she was, there were always many books nearby. Myrna had an adventurous spirit, demonstrated by her earning her pilots license at age 65. She spent many hours over the next several years flying the skies in her own airplane.

Myrna was an active member of the community in Weiser for nearly 60 years, as a member of Beta Sigma Phi sorority, Lady Elks, St. Agnes Altar Society, Ninety-Nines Women Pilots, and Rose Advocates.

A private family funeral mass will be held Friday, Dec. 11 at St. Agnes Catholic Church, Weiser. Burial will follow at Sunset Cemetery in Ontario. A celebration of Myrna’s life will be held later, when it is safe to gather.

To send flowers to the family or plant a tree in memory of Myrna Schram, please visit Tribute Store